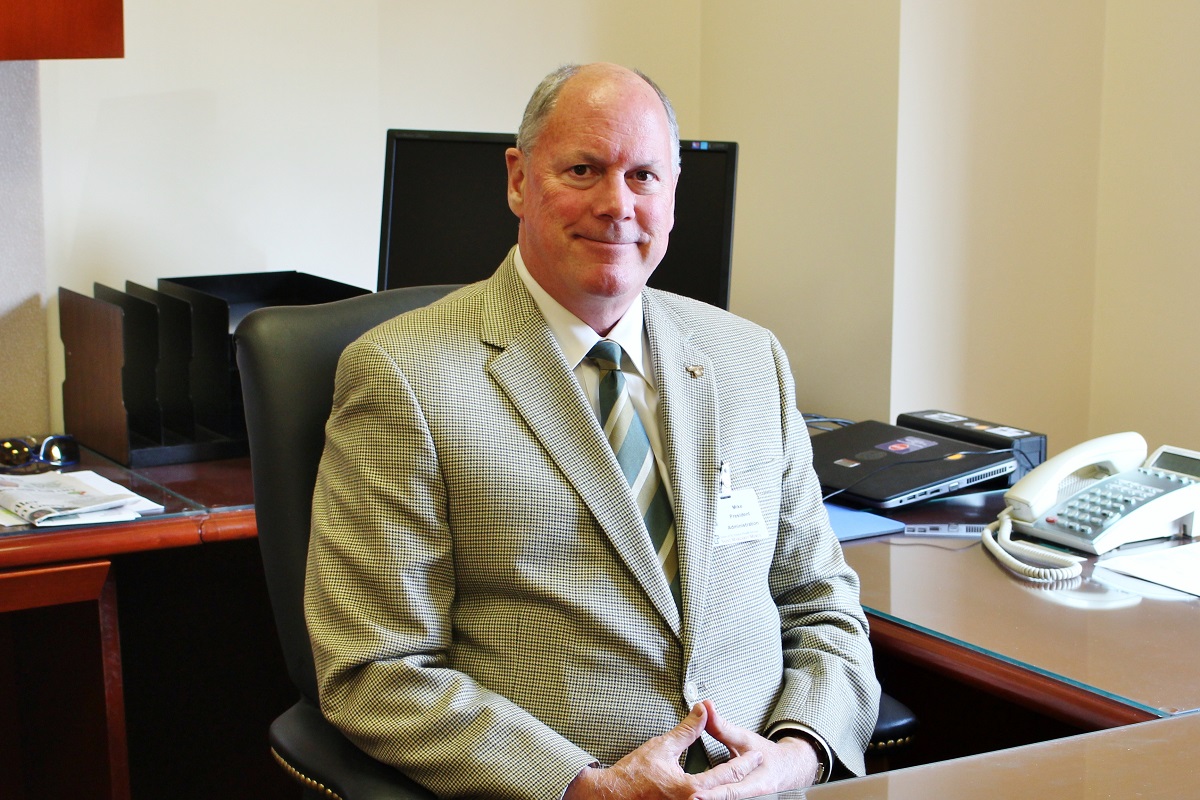 Franciscan Alliance is one of the largest medical entities in Northwest Indiana with multiple locations dotting the region. Thousands of people are under its employ, and one of the newest additions is Michael Stenger, president and CEO of Franciscan St. Margaret Health, with campuses locations in Dyer, Hammond, and Franciscan Healthcare in Munster.

Stenger began his new position on July 1, so for the last month he has been getting acclimated to his new role as president. He’s an A-type personality who gathers his energy from people. Meetings, impromptu encounters, one-on-one brainstorming sessions, anything he can do to move his organization forward.

“We’ve got 2,700 employees and I’ve been doing my best to get to know everyone that I can,” he said. “I interact with our employees – medical staff, volunteers, and other employees – other nonprofits, the government and business community, and other Catholic organizations.

A hospital is a very diverse place. People who have had years of medical training to those who just graduated high school can call it their working home. The literal and figurative closeness that comes with being part of a hospital environment is nothing like one would experience in another setting. These people who walk through the doors every can change a person’s life by being friendly, offering a helping hand, or performing a life-changing procedure. Stenger emphasized that without these people, nothing and no one works.

“There is no question that we have tremendous facilities and technology, but none of that matters if people aren’t there to run it and use it,” Stenger said. “It takes a lot of people to do what we do every day and get consistently great results.”

Stenger was a good kid growing up. He was active and excelled in math and science, which is where he believes his desire to be in the medical field came from. After he graduated from Notre Dame University his initial intention was go to medical school. It didn’t happen right away, though, and he decided to continue his education. He went to St. Xavier’s University in his hometown of Cincinnati where he obtained his masters in Hospital Health Administration.

“I worked in many different hospitals part-time during college and all of those experiences lead me to believe it to be something very interesting and exciting,” Stenger said. “I embarked on my career in 1891 and I’ve never regretted my decision to go into healthcare administration one bit… Even after all these years I can’t imagine doing anything else.”

Stenger feels that it takes a special type of person to work in healthcare. And when an individual finds their niche in the industry, there’s no passion that is more recognizable.

“I think that anyone who is committed to a healthcare career has a need and desire to help others. There are many industries that serve people, but ours is a healing ministry,” Stenger said. “And I believe it’s very meaningful and fulfilling, not just professionally but spiritually, to know that you can make a difference in people’s lives.”

Stenger worked at many prominent Catholic healthcare institutions in the US, sticking mostly around the Midwest and southern states. He has worked with nonprofits like Centura Health in Colorado, Franciscan Sisters of the Poor in Ohio, and for-profits like Humana and Quorum Health Resources. Stenger’s most recent position was as a Regional Vice President for Quarum Health Resources in Nashville, Tennessee.

Stenger’s immediate family, a wife Marion and two daughters, are currently residing in Nashville and will be coming to Northwest Indiana soon to be with him. Outside of work, Stenger is all about college sports and he loves to hike and bike with his family.

Look for more good things to come from Franciscan St. Margaret et al now that Michael Stenger is at the helm. You can tell his passion is what drives him, and the future looks bright in Northwest Indiana.