Phil Taillon, Executive Director of Planning and Development for City of Hammond, sits at one end of a long wooden conference table in his third floor office.

A lifelong Hammond resident, Taillon grew up in Hessville area, and says he’s always been a Cubs fan.

“I just can’t believe how good they’re doing,” he says.

One of four siblings, Taillon attended St. Catherine of Siena School before moving on to Bishop Noll, and ultimately to Purdue Calumet (now Purdue Northwest), where he received a Bachelors Degree in management in 1997.

Phil tells Ideas In Motion Media that the path wasn’t as easy as that sounds.

“I had actually taken a break from college around that time,” he says. “I was worked in the medical records department at St Margaret's Hospital and I also worked as instrument technical in their department. I was taking a break from school, trying to figure things out, you know? Then, one day, while cleaning instruments, I decided that was not the right path for me. I decided that I should probably go back to college.”

After graduating in 1997, he went to work for Bank Calumet, enrolling in their manager trainee program. Around that time, Bank Calumet was bought out by First Midwest Bank, and Taillon says that his work and some of the projects he was involved with caught the eye of Mayor Tom McDermott. Not long after that, he was offered the role of Director of Economic Development.

Today, he works as the Executive Director of Planning and Development, an office which Phil says is comprised of three departments: Community Development, Economic Development and City Planning.

“Economic development is largely based on a model of business retention and business attraction,” Taillon told IIMM. “Those are closely tied together. We’re constantly looking to attract new businesses to Hammond, while being careful to retain those that are already here.”

Phil recalls an old banking maxim, one which states that roughly 80% of your business comes from 20% of your clients.

“It’s something you learn early on: don’t focus solely on bringing in business, so much that you forget about the businesses that are here now. Those businesses pay taxes and employ people here now. That is a key component to what we do here.”

To that end, Phil tries to do ensure that his office does at least one business retention visit each week.

“It could be with a large company such as Horseshoe Casino, or it may be with a small mom-and-pop store with only a few employees. We’re here to support everybody doing business here in the city of Hammond,” Taillon says.

Phil says that the core focus of these business retention meetings is to identify and address any business-related needs these companies may have which are not currently being met by the city.

“It’s kind of like, ‘what’s going on?’ Business owners are very busy people. They are so focused on the day-to-day activities, that it’s important to have someone from our department sit down with them to discuss some needs which they may have which are not being addressed, or maybe even to identify needs they didn’t even know they had. We might have some resources which we may be able to offer to them, or we might be able to present them with some networking opportunities which might be of use to them. We want them all to be successful. Networking is a big part of our job – making sure that there are open lines of communication across the city. That’s one of my favorite aspects of my job here,” Taillon told IIMM. 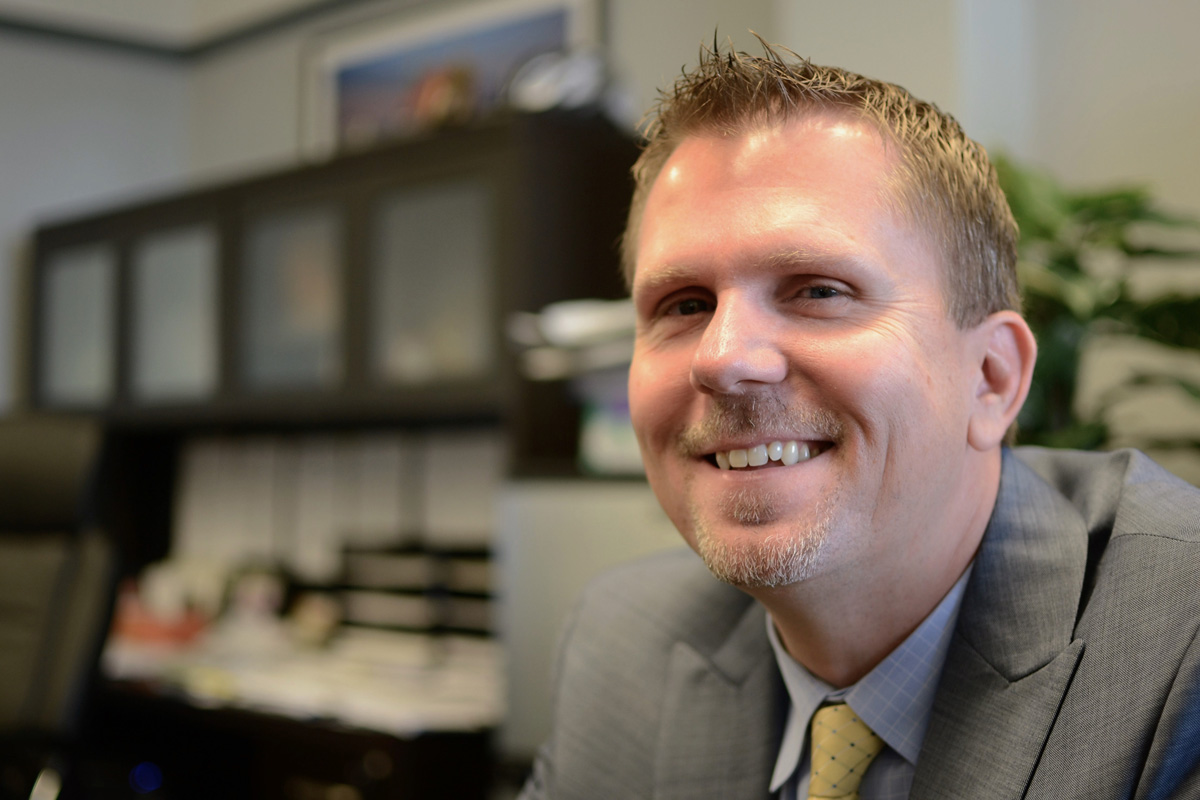 Taillon says that business attraction is important, especially after the market downturn in 2008, and feels that we are beginning to see a reversal of that trend.

“We’re beginning to see people invest again. Over the last 2 or 3 years, we saw people gain confidence and start to invest. Throughout the city, we saw new businesses opening – restaurants, hotels, retail and others. Particularly on the outskirts of the city. We’re seeing expansion and growth,” said Taillon.

He even teased details of a possible sports/community complex, to be located at the old Woodmar Mall site, on Indanapolis Boulevard and 165th Street.

“We’re at the planning and development stage right now. The plan is to keep Carsons and incorporate them somehow into the complex. We’re figuring out how that could work right now. We’re working out what could be located there. We need to incorporate revenue-generating ideas, but we also want to offer things that Hammond residents will be excited about.”

But it’s not just about restaurants and stores. Taillon says that there have been several large, industrial companies which have also recently either moved into the area or expanded their already-existing operations within the city, creating large amounts of high-paying jobs for local residents.

“Potash was a huge one. Their new distribution center is a $90-million project that just opened two months ago. Then, there’s American Stair. We pulled them out of Illinois. They came here to Hammond, brought over 135 jobs with them, and created 50 new jobs. They took over a vacant, abandoned building, which they are working to modernize. This is creating jobs for people who really need them right now.”

Taillon feels personally responsible for the economic successes and failures of the city.

“When you pick up the newspaper, and you read that unemployment is up, who does that fall on? If someone here is going to address that, it’s going to be Economic Development. We’re working hard, and the results are very positive. We’ve had three job fairs in the last 2 months. Companies like UPS, Crowleys roofing, and others, they’re looking for people. The jobs are out there.”

Tailoon tells IIMM that Hammond is an entitlement community, which means that the city receives funds from HUD, which are then used to fund programs and services from parks improvement to demolition.

“Planning is one aspect where we need to improve,” says Taillon. “As government shrinks, fewer people have to handle more tasks. So you have to push yourself, and make sure not to forget planning. That’s how you can see where you’re at, where you want to be and how to get there.”

Taillon sees a slow transition to a growth of technology-based industry in the area.

“We have to make that transition to be able to offer those types of opportunities to the young men and women graduating from our local colleges, so that we can better retain the younger generations. These kids are very tech savvy. We want them to stay here, and we need to provide jobs for them that fit the future.”

“We’re the Midwest – that’s just what we do. But the future, that’s going to be about growth and balance. “

Phil has a demonstrated knack for planning - the married father of two boys – one is fifteen, the other is only two years old. Both born on the same day.

“Yeah, I did that on purpose,” he says with a laugh.

The Hammond Office of Planning and Economic Development is located at Hammond City Hall, Room 328, 5925 Hohman Avenue. You can reach them by phone at (219) 853-6508, or on their website at: http://www.gohammond.com/departments/planning-and-development/economic-development/