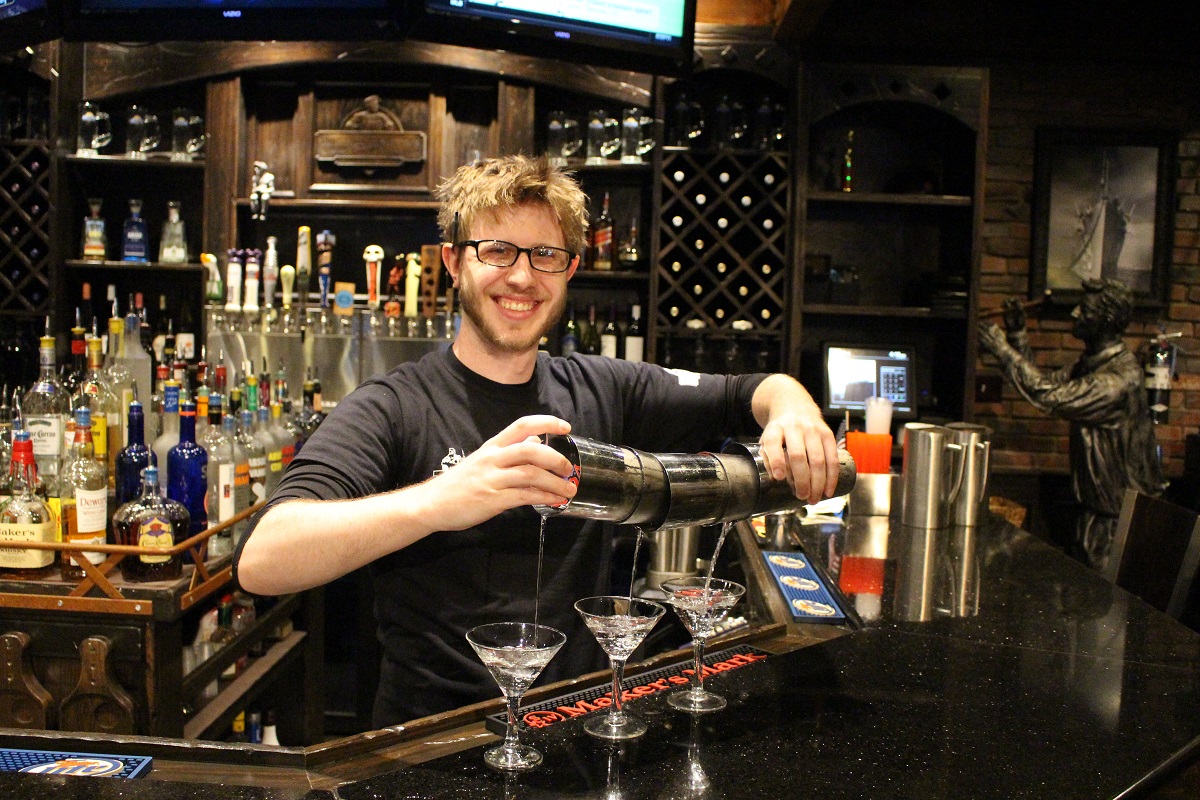 I have known this Industrial Revolution Employee since he was a wee lad. Ryan Morris and I hailed from the tiny town of Kouts, just south of Valparaiso. Ryan was always an outgoing and funny kid, and he’s grown up to be a good young man and I’m glad to see he’s still as happy and pleasant as ever.

Ryan came to Industrial Revolution last October. As of now he is a bartender, trainer, and a server and he’s letting his great attitude warm the hearts of all who meet him.

“I worked at a larger, corporate-run restaurant before this and it wasn’t nearly as fun as here. Plus, I wanted to work somewhere smaller and private,” Ryan said. “Here, if you have an idea you are heard. And then those ideas are tried and if successful they get incorporated into the restaurant’s routine. It’s a really satisfying feeling to see your ideas come to life.”

Like many of the other staff members at Industrial Revolution, Ryan feels like he is never really at work. He loves the atmosphere of the place and its mission, and he says that the people he works with are like a second family to him.

“We have one of the best crews here,” Ryan said. “People are always asking if you need help. Any spare second someone has, they are asking if they can get something for you. Great comradery here.”

Outside of work, Ryan loves to spend time with his lovely girlfriend, Kiana, checking out new breweries and whatnot. And he proudly labels himself a “nerd”. Ryan loves to read comic books; Captain America, Walking Dead, and others. He also dabbles in skateboarding.

In the future Ryan hopes to get his degree in Elementary Education.

“That’s a big passion of mine. I’d love to see that through,” Ryan said with a smile.