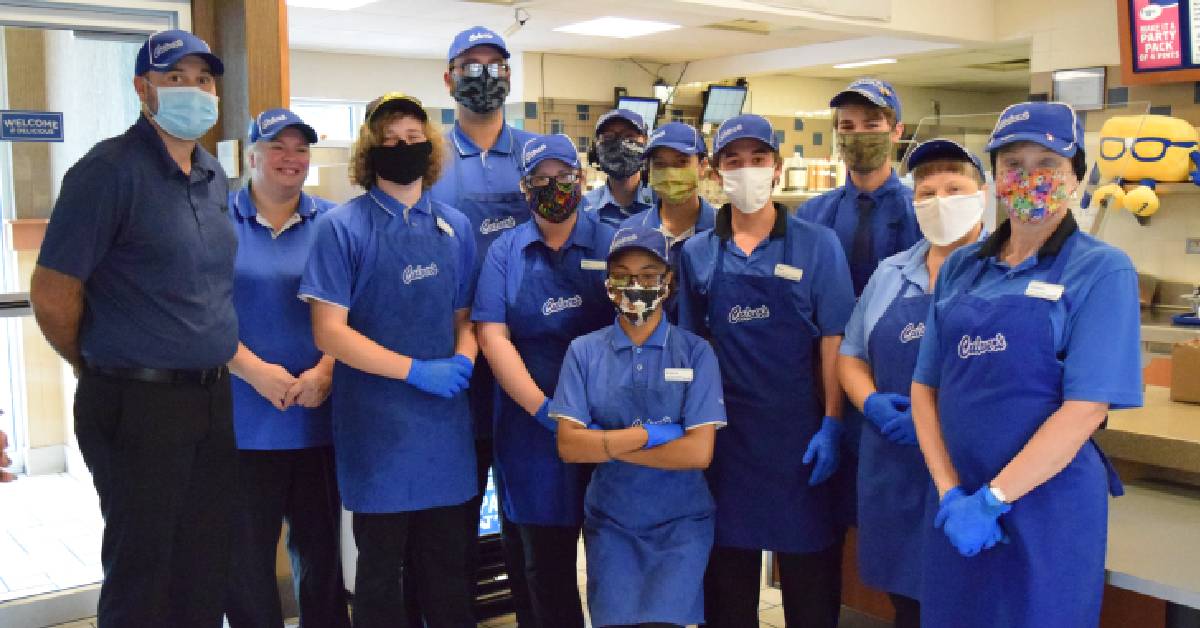 A seamless transition is underway at the Valparaiso Culver’s. After over 20 years as the franchise owners, John and Wendy Gates have decided that it’s time to take a step back and relax. It’s only a goodbye-for-now as the Gates’ will always be a part of the Culver’s family.

Stepping into the owner role will be Keith Remington, the owner and operator of 13 Culver’s franchises throughout Indiana and Michigan. As a partner of bleedblue.net, Remington has been a part of the Culver’s family since he was 19-years-old and has never looked back.

“I was a 19-year-old kid who didn’t have any idea what he wanted to do,” said Remington. “I was fortunate enough to turn my job at Culver’s into a career, and it’s such a special organization that’s been a second home for me.”

With their youngest child in their last year of high school, it only made sense for the Gates’ to start thinking about retiring as the long-time owners. According to Wendy Gates, the decision to sell did not come easy, but the decision on who to sell to came much easier than expected.

“I didn’t broadcast that it was for sale, it didn’t have to happen immediately, but after I talked to the FPC at Bleed Blue, Keith called me right then and there, interested in buying,” said Gates. “I was really surprised but they’re a great group and it was very important to me to feel that my team was going to be taken care of. I have no doubt Keith will do that.”

Bleedblue.net is the slogan behind S & L Companies, a Culver’s franchisee that owns over 40 of the restaurants throughout the Midwest. Each is just as involved in the community as the next.

“Wendy was saying how important the team and the community are and it’s true,” said Remington. “I can’t do any of this by myself. We want to continue to build partnerships and engage in the community and hire awesome team members that will help us do that.”

Remington’s only hope throughout this transition is that the Valpo community doesn’t notice anything but the fact that they’re getting hot, fresh, and delicious food from the Culver’s they’ve always known.

For more information about Culver’s, including their Flavor of the Day, check out its Facebook page here https://www.facebook.com/CulversValparaiso.