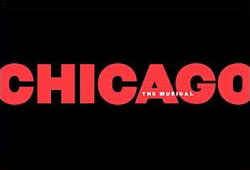 Chicago the Musical, Book by Fred Ebb and Bob Fosse, Music by John Kander and Lyrics by Fred Ebb is based on a 1926 play by Chicago Tribune reporter Maurine Dallas Watkins. Chicago tells the story of Roxie Hart, a chorus girl who murders her unfaithful husband, then manages not only to avoid prison with the help of razzle-dazzle lawyer Billy Flynn, but uses the trial to propel herself to showbiz stardom along with another murderous chorus girl, Velma Kelly. A dark parable of American justice, Chicago is a sexy musical extravaganza that includes several show-stopping numbers such as "All That Jazz," "Razzle Dazzle" and "Class."

We are looking for 10 men and 9 women ages 17+; Bring sheet music in your key of a relevant musical theater song that best showcases your vocal ability. Have 16-32 bars of the song prepared. Accompanist will be provided. There will also be a dance audition, cold reading, and some auditioners may be asked to sing song selections from the show. Please also bring any conflicts you may have for rehearsal dates. DO NOT Audition if you are unable to attend EVERY PERFORMANCE and EVERY TECHNICAL REHEARSAL.

Premiering in 1975 and the hit of the 1997 Broadway season in a production that originated at City Center's Encore! series, Chicago won six Tony Awards including Best Revival and later the Academy Award as Best Picture of the Year.

We will be conducting a Chicago Dance Audition Workshop on the Saturdays, February 19th from 1pm-4pm. No one is required to attend these workshops but it is recommended. You can attend one workshop or all of them. Choreographer for Chicago and for workshops will be Amber Mills. For more audition information visit us on Facebook, Memorial Opera House.

If you have any questions regarding this audition or any auditions please contact, Michele Craig at mcraig@mohlive.com