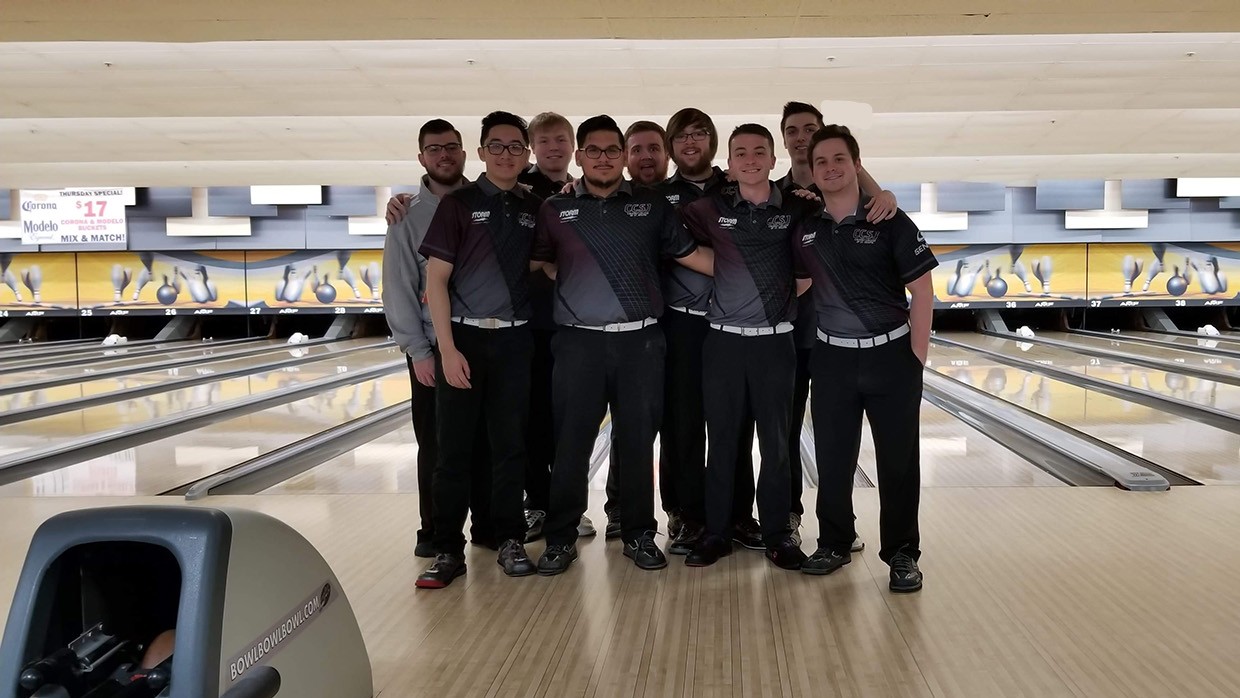 The Calumet College of St. Joseph men's and women's bowling team headed back to Addison, Ill. for the second straight weekend, this time to participate in the tier one ISBPA/Kegel Midwest Collegiate Classic tournament. The Crimson Wave turned in mixed results once again, as the women faltered for the second straight week. Meanwhile, the men's squad turned in their third straight top five finish, continuing their mid-season resurgence.

HOW IT HAPPENED
The men turned in a gritty performance this past weekend, starting with the individual portion of the tournament on Saturday morning. Three Crimson Wave bowlers turned in top 25 performances, led by Tyler James who finished in eighth. Behind him in the standings teammates were Manny Sanchez (JR/Chicago, Ill.) in 12th place with 1,077 pins, only 20 behind James, and Petey Vergos (SO/Orlando, Fla.) in 23rd. Moving to the team portion of the competition, the Crimson and Gray had the highest scoring game out of any school with 1,170 pins on Saturday, ending the first day's action in fifth place. After a bad start on day two, the men averaged 214 pins per game, allowing them to climb up one spot in the rankings with a fourth place finish. CCSJ men's bowling have now finished fifth, second, and fourth in the last three tournaments.

Unfortunately, both Cal College teams were unable to put together a good showing in this past weekend's action. The women struggled on both days, starting with the individuals. The Lady Wave only placed two bowlers in the top 100, with Danielle Rudnickas and Lindsey Norton (JR/Highland, Ind.) coming in 50th and 56th respectively. The team as a whole finished in 25th place, more than 1,000 pins behind eventual winner Lindenwood University.

WHAT'S ON DECK?
Both teams are done with action during the month of January, and will look to finish up the regular season strong next month. The men and women will hit the lanes once again for a one day tournament on February 2nd at the Norse Collegiate Classic in Erlander, Ky.

For up-to-the-minute Crimson Wave sports news, including a full recap of the next meet, visit us at ccsjathletics.com or download the CCSJ Athletics App on Google Play or the iTunes store. You can also follow CCSJ Athletics on social media on Facebook, @CCSJAthletics on Twitter and @crimsonwaveathletics on Instagram.