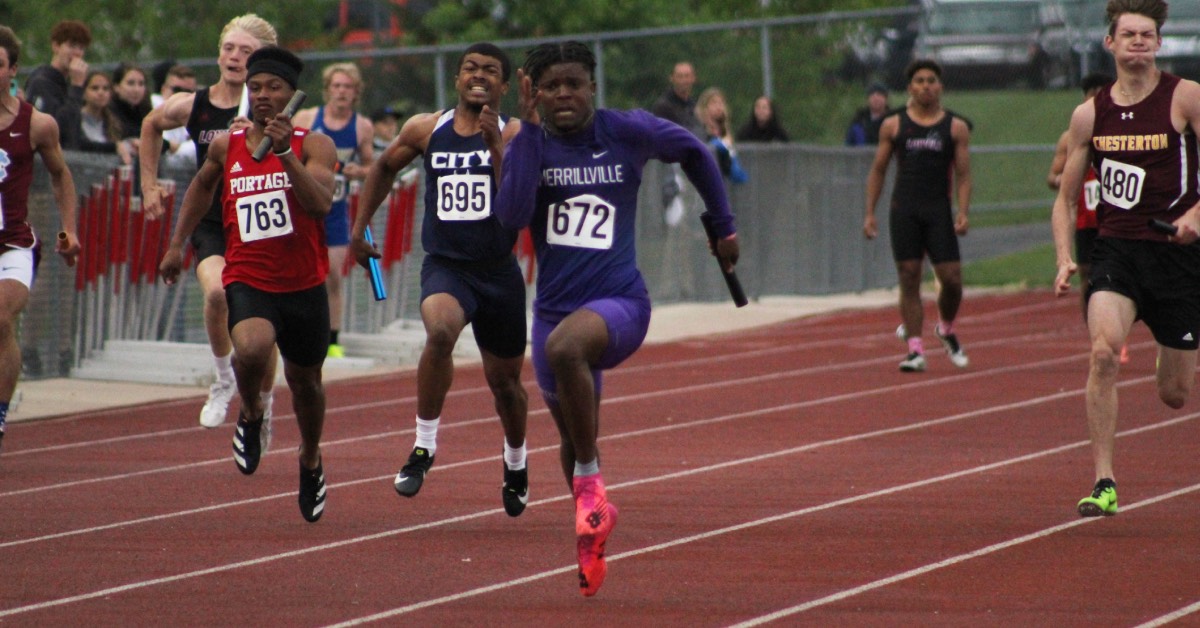 Regionals is an important day for all sports as it determines who gets to go to state, and for all teams, that is the ultimate goal. On Thursday, the Regional Boys Track & Field meet was held at as Crown Point High School and hosted schools across the Region.

The Merrillville High School athletes were the champions of today's meet while Crown Point High School scored fourth place on their home track.

“Our kids are comfortable, this is their track. Familiarity is a very important thing we practice here every day,” said Crown Point Boys Track & Field Coach, Nick Bruno. “I think it's a little bit of an advantage to our runners because this is where they are every day.”

To qualify for state, the runners have to place within the top three – first, second, or third – in an individual race, relay, or field event to meet the three-participant standard in the Regional Finals of their event.

This was a huge turnout as you had people everywhere you looked from family, friends, coaches, and the community within the bleachers and along the sides of the fence cheering on their team every step of the way.

With the large number of runners participating at the Regional meet, the boys all had numbers on their tracksuit to help identify them.

“They really stepped up and ran, and there were some big performances today,” said Coach Rhody. “I am really proud of the way they handled themselves.”

“RJ Donald scored well over 115 or so in the regular season,” said Merrillville High School Boys Track & Field Coach Patrick Coffey. “He went from being a nobody into everybody knowing him now, so as a team we’re really happy with RJ specifically.”

Some schools, like Morgan Township High School, broke school record, and Bram Arnett was one of the athletes who was able to break the school record during the boys discus throw by two feet. It's been 52 years since the school record was beaten, but Arnett did it with ease.

“Arnett’s in the top three to state, and by this year, he's probably number one in the state right now; he was number three a week ago,” said Morgan Township Boys Track & Field Coach Andy Tancos. “That throw there was done by this marvelous kid.”

Many teams spend their whole season preparing for the chance to go to state, and that was made evident by the dedication in today’s competition.

“Timing everything up specifically, building off from the start of the season, knowing you shouldn't be running your best times at the beginning of the year,” said Crown Point Coach Bruno. “Preparing the correct way to peak at the right time, which obviously we did it right and our runners are looking great and they're excited to run at state next week.”

Final team scores were announced at the end of meet:

The State Finals will take place on Friday, June 4 at Ben Davis High School in Indianapolis. Admission will be $12 per person and you can purchase the tickets online, or if you are unable to go, you can watch the livestream exclusively at IHSAAtv.org.