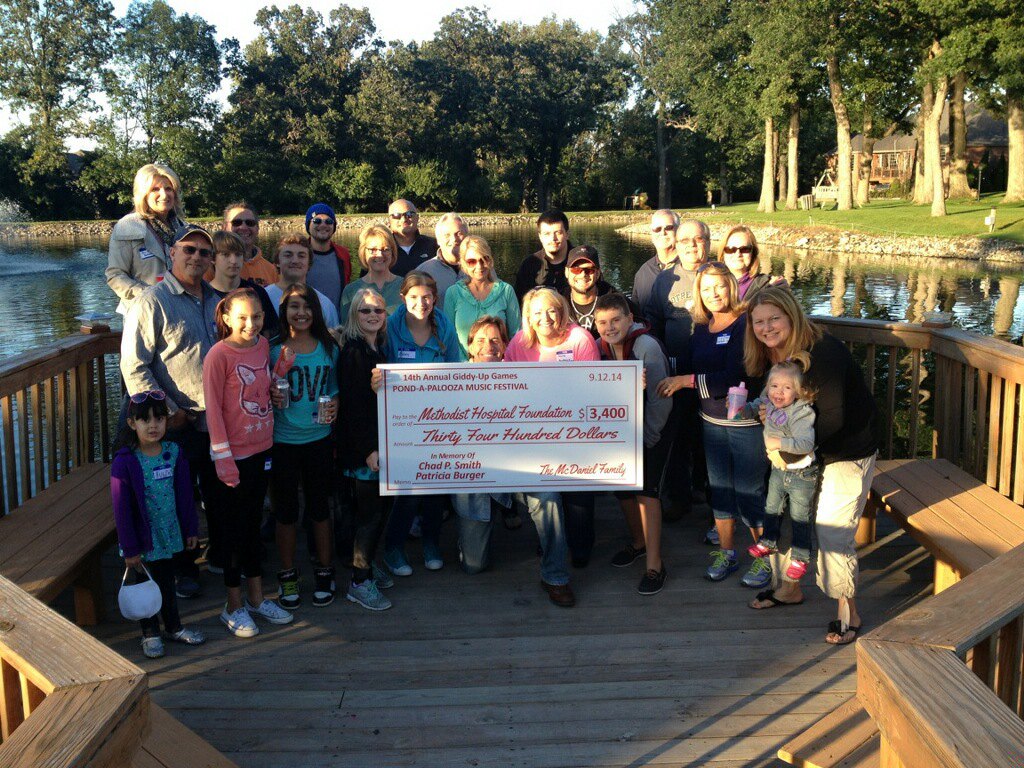 After surviving cancer, over 12 years ago, Mark McDaniel always wanted to “pay it forward”. So he decided to host a HORSE basketball tournament as a fundraiser for Methodist Hospitals. Formerly named Giddy Up Games and now known as Giddy Up Games Pond-A-Palooza Music Festival, the tournament has grown from just 12 participants playing in the driveway of the McDaniel’s Schererville home, to a full-blown block party around the pond of his new home. The event now attracts more than 200 participants, and is in its 14th year. A cancer survivor who credits Methodist Hospitals with saving his life, Mark, through his Giddy Up Games Pond-A-Palooza Music Festival, donated $3,400 to the Hospital’s Foundation in memory of his friends, Chad P. Smith and Patricia Burger, who both died of cancer.

Donations from the 2013 and 2014 Pond-A-Palooza Music Festival have totaled $5,600 and will be used to provide support for patients undergoing cancer treatment by providing services that include meditation and yoga classes. Additional services including an Acoustic Guitar String concert for cancer patients and survivors are in the planning stages thanks to the generous donations from Mark McDaniel’s annual fundraisers.

Methodist Foundations is a 501©(3) not for profit corporation with its sole purpose is to raise funds to be used to support the mission of Methodist Hospitals to provide quality, compassionate health services to all those in need.