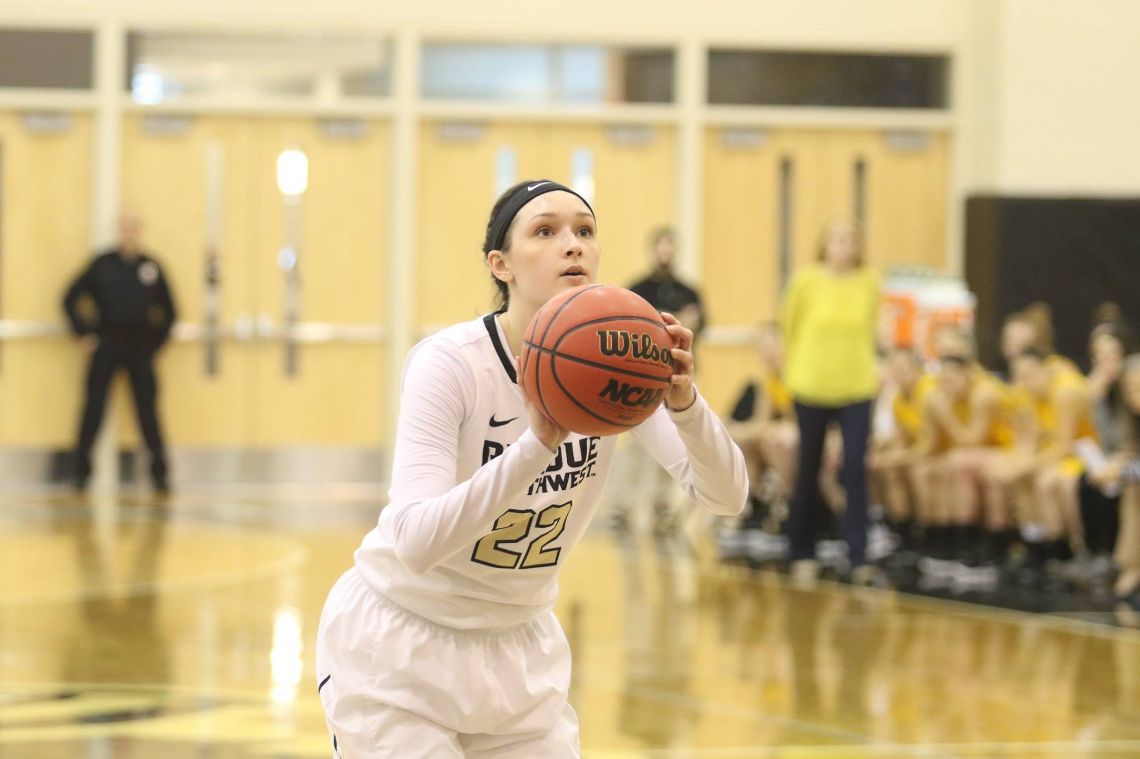 Senior Ellie Michalski (Mukwonago, Wis./Mukwonago) led the way with 17 points, six rebounds and a pair of blocks as the Purdue Northwest women’s basketball team captured an impressive 62-57 road win over University of Indianapolis in non-conference NCAA Division II action Saturday afternoon at Nicoson Hall in Indianapolis. After leading 34-33 at the break following a tight first half, the Pride never trailed over the final two periods building their lead as high as 10 points in the fourth quarter.

Michalski was extremely efficient on her shot selection Saturday converting on seven of her nine field goal attempts on the afternoon. Sophomore Shae Rhonehouse (Fremont, Ind./Fremont) had a solid showing for PNW as well posting 14 points to go along with her six rebounds. Freshman Lanie Allen (East Noble, Ind./East Noble) chipped in eight points to aid the victory.

The Pride were stingy on defense throughout the game holding the host Greyhounds to just 34 percent (22-for-65) shooting from the floor, including 29 percent (9-for-31) after halftime. PNW also held an edge on the boards outrebounding UIndy, 38-36.

Purdue Northwest got off to a fast start with back-to-back three-pointers by Rhonehouse and Allen in the first quarter helping to establish an early 10-3 lead. However, the Greyhounds fought back and took a 21-20 lead into the second quarter on a three-pointer with five seconds left in the frame. A lay-up by Michalski gave PNW back the lead with eight minutes remaining in the first half. The two teams traded leads the rest of the period before another lay-up by Michalski with 10 seconds left allowed PNW to take the 34-33 edge into halftime.

The Pride scored the first five points of the third quarter to go up, 39-33, with Rhonehouse and Michalski leading the charge. A jumper in the lane by Michalski with less than a minute to play in the quarter gave PNW a 43-38 lead heading into the final frame. The Greyhounds got within a point (47-46) early in the fourth quarter, but the Pride did not panic responding with a 10-1 run capped by a three-pointer from sophomore Bayley Goodman (Fowler, Ind./Benton Central) to take control for good.