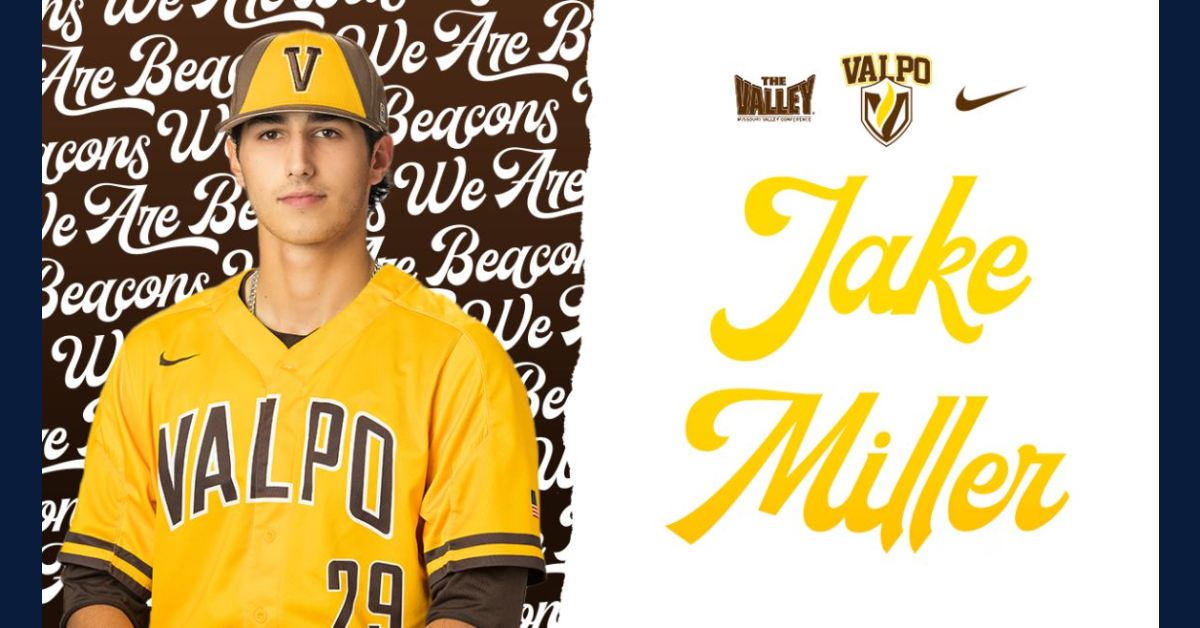 Valparaiso University baseball pitcher Jake Miller (Chester, N.Y. / Don Bosco Prep) has received recognition from the Missouri Valley Conference for his strong start this weekend as he was tabbed the league’s Pitcher of the Week on Monday.

Miller earned his team-leading fifth victory of 2022 by turning in seven shutout innings of dazzling three-hit, one-walk ball on Saturday while recording nine strikeouts in an 8-2 triumph over Bradley. He racked up nine or more strikeouts in a game for the fourth time this season. Over his last two starts, the Valpo southpaw has combined for 16 strikeouts and just one walk.

Miller becomes the second Valpo player to earn an MVC weekly award this season, joining Nolan Tucker, and the first Beacon to receive MVC Pitcher of the Week accolades this year. He joins Colin Fields (twice) and Easton Rhodehouse as the only Valpo players to earn MVC Pitcher of the Week honors since the program joined the Missouri Valley Conference.

This capped off a big day of honors for the Beacons, as Ryan Maka was named a Collegiate Baseball Newspaper National Player of the Week earlier on Monday.