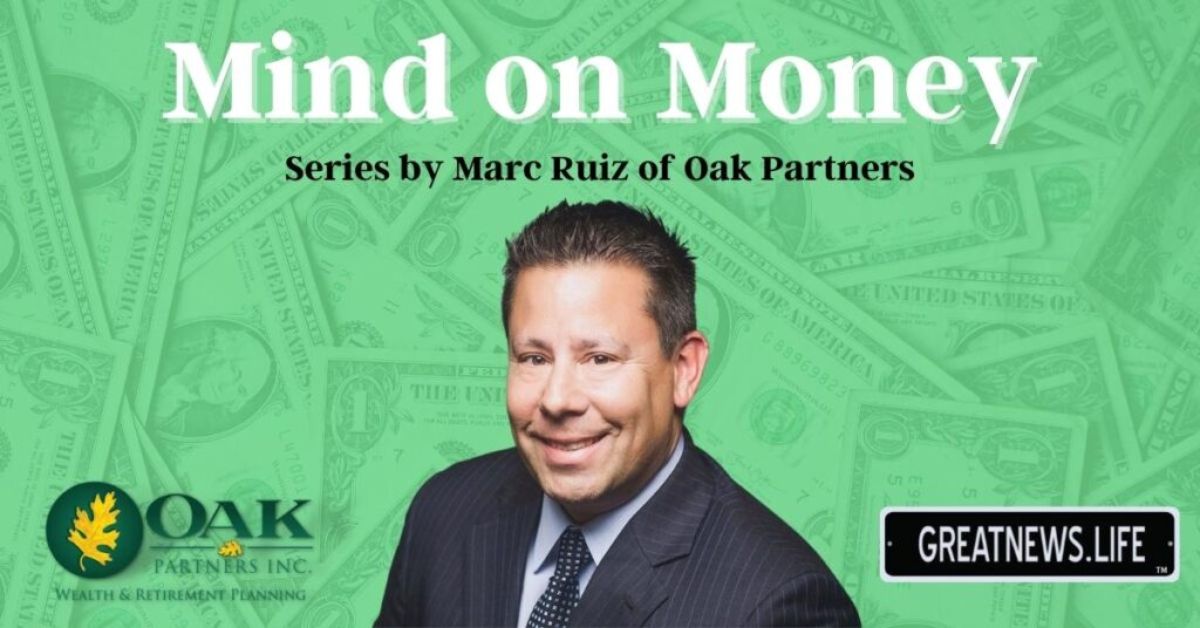 If you’ve been reading my column for a while, then you probably know that I spent considerable time in my younger years traveling through wilderness areas in North America.

My favorite regions are the upper Midwest (Boundary Waters, Isle Royale, Northern Ontario), and the Yellowstone and Glacier regions of the mountain west.

In most of these areas the possibility of encountering a bear while hiking or camping in the back country is very real, and I have spent considerable time reading about bear encounter survival strategies and thinking about how I would react in the event I encountered an aggressive bear exhibiting either startled, predatory or defensive behavior while I was on the trail.

Fortunately, while I’ve seen my share of bruins, I never encountered an aggressive bear and have not had to test my preparation and resolve. Let’s hope this trend continues.

Over my 27-year career helping clients invest their savings, much greater effort has been spent on learning about bear market survival strategies as well, and unlike an aggressive bear in the wild, I have encountered a number of vicious bear markets during my time as an investor.   Early in my career I wondered why negative market periods were called “bear markets.” Now I know.

Like a real-life bear attack, bear markets are aggressive, fast, vicious and unpredictable. As an interesting thought experiment, I’ve often considered the similarities between surviving an aggressive bear encounter and being an investor during a bear market, and the cross over is amusing.

The first shared concept is landscape. The safest way to avoid encountering an angry grizzly bear, is to simply stay out of the back country. By doing so, however, experiences will be missed that simply cannot be replicated.

Discovering pristine fishing pools filled with wild trout, drinking camp coffee as the sun comes up over snow covered peaks, sipping whiskey from a tin cup around a campfire with friends under stars so brilliant they seem to take up more of the night sky than the darkness, falling asleep under the screen roof of a tent while summer meteor showers overhead calm your mind. In order to reap the rewards of deep wilderness travel, the risk of encountering a bear has to be accepted as a natural part of the landscape.

The same is true of bear markets. Investing successfully over time in America has the capacity to create prosperity far in excess of sitting on the sidelines.

While past performance will not reflect future results, investing in the innovation, entrepreneurship and productivity of American business by owning stocks has proven decade after decade to be an extremely effective way to build wealth and create financial security. By choosing to enter the financial markets, however, the inherent risk of encountering a bear market at some point has to be accepted.

Bear markets are as an inherent a part of the financial landscape as bears are the wilderness. To me, at least, the risk is worth it, as the rewards are difficult to replicate as well.

The next shared concept is understanding. I am sure a real bear attack feels like an eternity while you’re in it. My research, however, indicates most last less than one minute.

During the encounter, and God forbid attack, it is vital to attempt to understand the type of bear and the type of attack to discern when the situation may be all clear The same applies to a bear market.

Most bear markets last about nine months, which I admit can also feel like an eternity, but attempting to understand the root cause of the bear market as well as when it began can help formulate a survival strategy.

Not all bear markets are the same, and the all-clear sign may look different depending on the underlying drivers.

Finally, the hardest part of encountering an aggressive wild bear is the emphatic directive that you not attempt to run away.

Bears are faster than any human, and running can trigger a predatory instinct.

This advice is extremely important. Running from financial bear markets is called selling, and it too has not proven to be a sound survival strategy.

Remember on New Year’s Eve 2021 when portfolio values were the highest they’d ever been and all was right in the world? Those artificially high values were in my opinion just as much a market dislocation as the bear market values we are mired in now.

It was also the time to sell if that is how you are inclined. Now is the time to endure until the bear moves on.

The opinions voiced in this material are for general information only and are not intended to provide specific advice or recommendations for any individual. Stock investing includes risks, including fluctuating prices and loss of principal. Precious metal investing involves greater fluctuation and potential for losses. Past performance is not a guarantee of future results. Dividend payments are not guaranteed and may be reduced or eliminated at any time by the company. Marc Ruiz is a wealth advisor and partner with Oak Partners and registered representative of LPL Financial. Contact Marc at marc.ruiz@oakpartners.com. Securities offered through LPL Financial, member FINRA/SIPC.