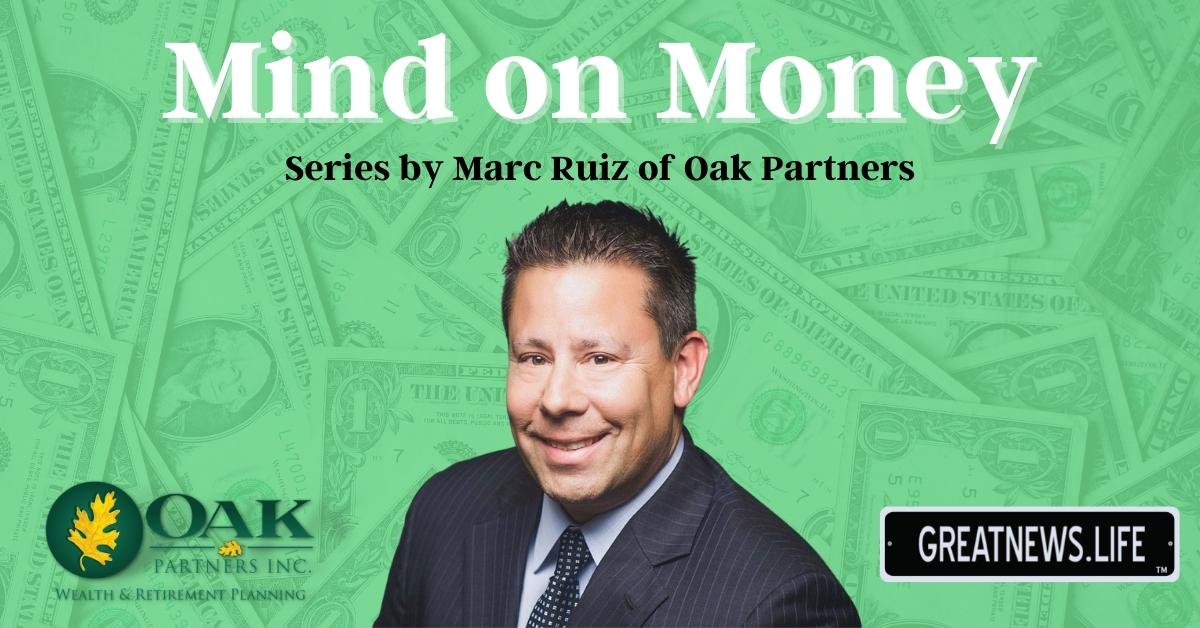 We had a rare weekend free of obligations last week. With nothing holding us down, my wife Tracy, 12-year-old Ethan and I headed up to Southwest Michigan to enjoy the day bumming around and searching out some locally made snacks to have on hand for the coming summer season, and the return of the college kids.

My wife has a ton of interests, mostly orbiting her family, church and special needs education. Economics isn’t one of them. So, I was surprised as she turned to me while we were parking in Three Oaks, Michigan, and asked “are we going to have a recession?”

Caught off guard, as we exited the SUV into throngs of people on the sidewalks exploring the town for an art fair, my initial response was, “apparently not in this town.”

If you’ve not visited Three Oaks in a while, it's worth the drive. It’s a charming little town with good restaurants, nice little shops, Journeyman Distillery, a classic old style butcher shop and epic foody joint Froelich's. This particular weekend it was a mad house of people with obvious cabin fever.

At brunch I followed up her recession question with my standard lecture about reducing the monthly Chase Southwest credit card charges. She quickly lost interest. The question, however, hung in the air.

The headline number was a negative 1.4%, which got all the attention. Underneath this number, many analysts I follow felt a combination of inventory adjustments, export challenges, the Ukraine conflict and the early January COVID Omicron flare up made the number just too “noisy” to be useful.

Nonetheless, the technical definition of a recession is two consecutive quarters of negative growth, and right now we have one in the books. So, the recession question really does hang in the air.

I believe the answer, unfortunately, is a bit technical. As we have been discussing in the column, the monetary and fiscal policies deployed to support the economy during COVID have resulted in very concerning inflation and are now being withdrawn. The highest profile tool, the Fed funds rate, experienced its second policy change, a half percent increase this week, and guidance indicates this trend will continue.

What these policy retractions are all attempting to effect is a reduction in the overall supply of money in our economy, the Fed’s conventional logic being less money in circulation will reduce price increases and tame inflation. A widely followed metric of money in circulation is called M2, and showed the Fed’s polices are starting to have an effect, M2 did decline extremely subtly from February to March (source: Federal Reserve).

Recessions have also tended to be coupled with a shrinking supply of money (M2) in the economy, whether this was causal or correlated is open to some debate, but less debatable is the Fed’s intention over the next few quarters. The central bank is focused on “sopping up” the massive amount of liquidity in our financial system. The Fed wants M2 lower, and this policy focus does present some heightened recession risks.

History often conflates stock market declines with recession, almost as if the relationship is causal. Common knowledge tells us the 2000-2002 recession happened when the tech bubble collapsed, the 2008 Great Recession when the housing market crushed the stock market and led to recession.

I however, view stock market corrections as a forecaster of possible recession as opposed to the reason for recession. After the last four months, the stock market is sending a message right now, and the message isn’t subtle.

Now, investors in my opinion were always going to tantrum a bit when the Fed’s policy shift began. The recent decline in the stock market may just be this tantrum, as asset managers and traders adjust their interest rate expectations. What the Fed is attempting to engineer to address inflation will be frankly a bit perilous, and prone to miscommunication, mistakes and overshoots.

Whether or not a recession ensues is not totally discernable at this time. One conclusion that is, however, is that the next few quarters will involve more financial risk than we have collectively experienced since March 2020, and 2013 before that, when the Fed last began pivoting away from its Great Recession policies. If Tracy is already asking, and we do have a recession this year or next, it won’t be a surprise, which gives consumer and investors a window to prepare.