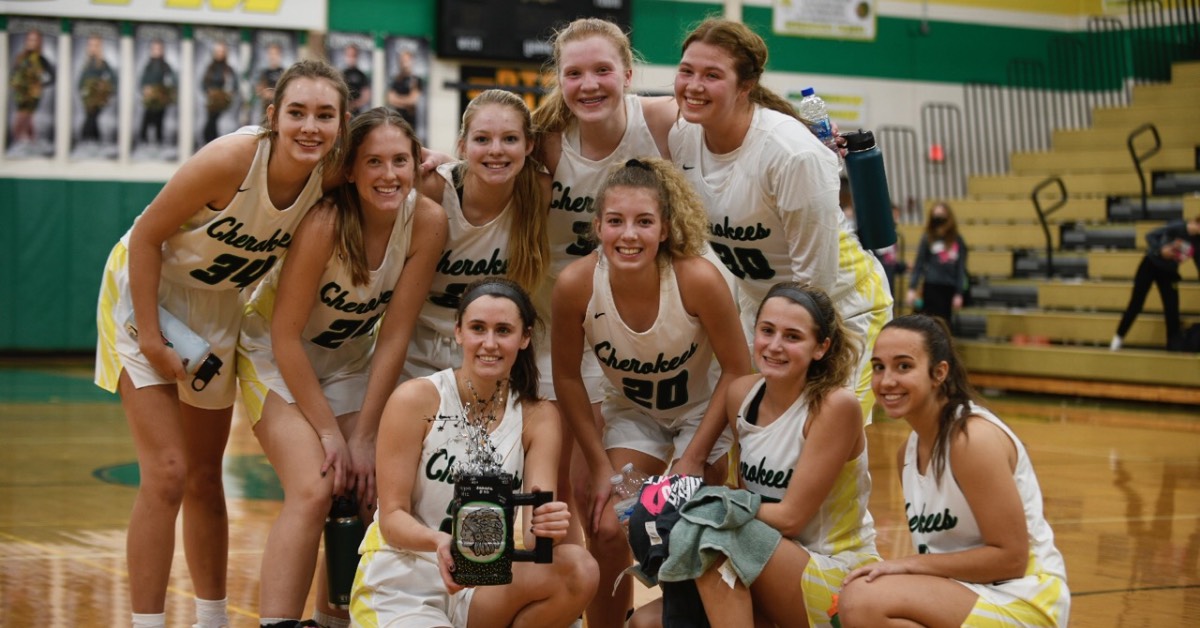 The Morgan Cherokees and the Kouts Mustangs Varsity Girls’ Basketball Teams met on Morgan’s home court for a conference clash of rivals. The Porter County Conference teams were not only battling for a conference win, but the coveted traveling trophy cup as well. The Cherokees were hoping to keep it home with them for another year.

From the start, it was a close game. Ending the first quarter, the teams were tied 8-8. The back and forth continued for the second quarter with Cherokee #22 Grace Good nailing a three-pointer just prior to half time pulling her team ahead 20-17. Right before the start of the third quarter, Cherokee Coach Rick Budka was overheard reminding the team they had just sixteen minutes left to protect the center.

“You are the better team!”, said Coach Budka. “You make a mess, you pick yourself back up. You’ve got a team counting on you.”

At the top of the fourth quarter, Morgan was leading 30-24 over Kouts. It was there, in the fourth quarter, that the battle intensified. There was not a silent fan nor player as the teams squared off. The Mustangs came from behind and took the lead with back-to-back three pointers by #24 Allison Capouch. Cherokees player #25 replied with a three-pointer of her own, putting Morgan back in the lead. The Mustangs tied the game back up when #14 Lauryn Koedyker scored a two-point basket.

More determined than ever, the Cherokees drove the ball. With the assist from Cherokees’ #20 Emma O’Brien, teammate #30 Kassie Stanko sank a two-point basket putting the Cherokees back in the lead. A technical foul led to O’Brien scoring two points, successfully securing the win.

Final score was Cherokees 43 to the Mustangs 39. The traveling PCC trophy stays with Morgan for another year.