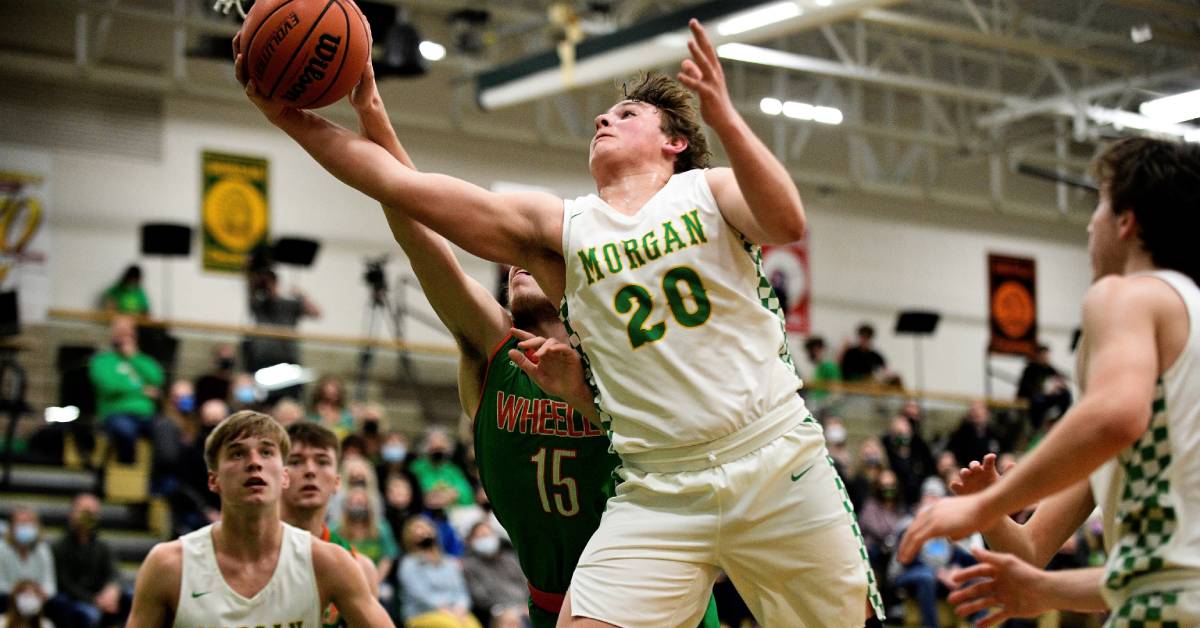 The Morgan Township High School Cherokees boys’ basketball team hosted the Wheeler Bearcats in a non-conference home game Friday night. With a season record of 7-6 overall, the Cherokees were favored to win. And it was a good night for a win as Morgan Township celebrated Homecoming Night.

Prior to the varsity game the Homecoming Court walked out onto the court. Juniors Greyson Lemmons escorted Ella De Porter, and Owen Thomas escorted Klaire Lemmons. For the Seniors, Elliot Bland escorted Sydney Good while Tate Ivanyo escorted Grace Good. The Homecoming Prince and Princess were Tyce Kolan and Nina Nash, while the King and Queen were Bram Arnett and Lanie Ruff

At the end of the quarter Cherokees were up 18-7 over Bearcats. In the second quarter, the Cherokees pulled away further, despite the impressive rebounding efforts of the Bearcats’ Blaise Evensen. At the half the Cheorkees were up 30-17.

In the third quarter, the Cherokees would score an impressive 29 points, in part due to Lemmons scoring three more three-point baskets bringing his total to six for the game. Third quarter ended with a score of Cherokees 59, Bearcats 17. Final score was 77-22 with the Cherokees claiming victory.

The Morgan Township Cheorkees will next travel to play Westville on February 19.  The Wheeler Bearcats will host the Hebron Hawks on February 13.