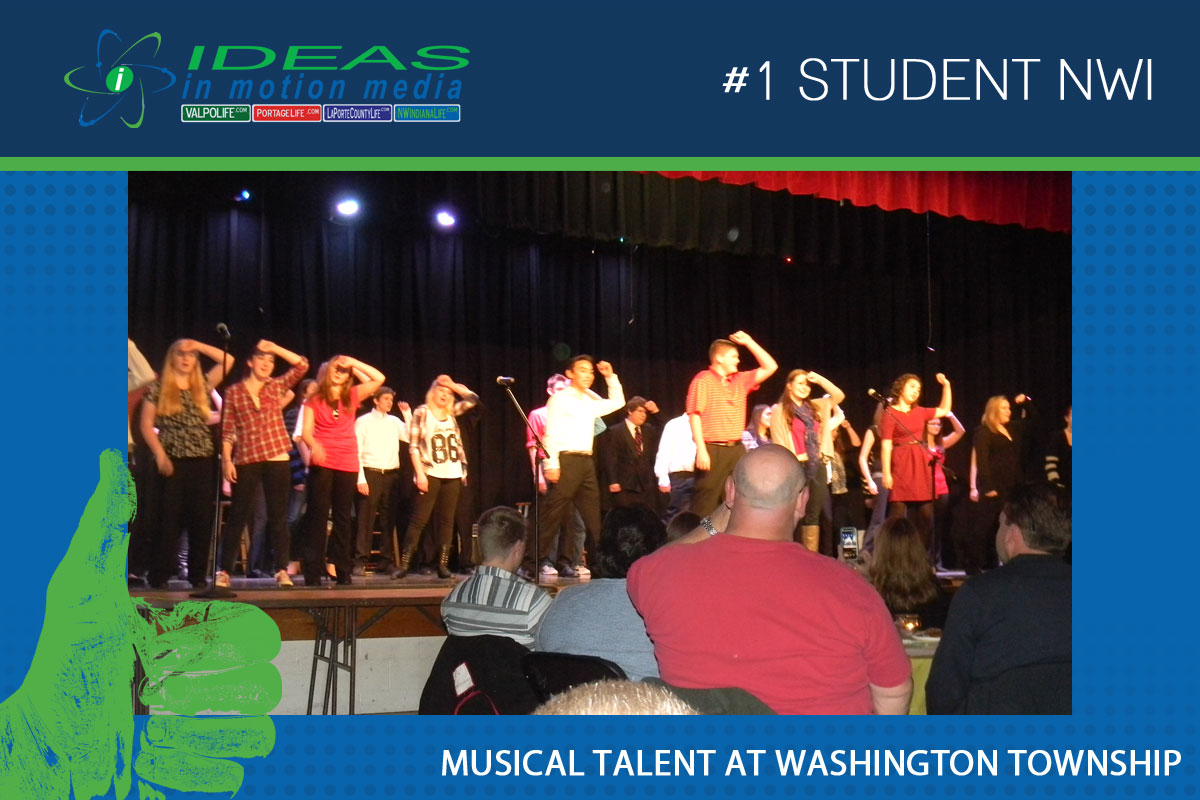 Cheyenne Cook is ValpoLife.com's #1StudentNWI representative at Washington Township High School. This month, Cheyenne highlights the many students with musical talent at the school by covering a talent show held in mid-November.

I was involved with two vocal performances, one solo and one duet. For my solo I sang 'Bumper Cars' by Alex & Sierra, while senior Allie McCafferty and I sang 'Use Somebody' by Kings of Leon. Performing on stage in front of many students, faculty and parents can be nerve wracking, but even more exciting. I love performing in front of people, even if I am more nervous than I can handle. Once you hear the sounds of an entire room cheering for you, the nerves become more than worth it.

Junior Juna Johnson has participated in many talent shows. Showcasing her bold voice while strumming away at her guitar made for one of the best performances of the night. Singing 'Northern Downpour' by Panic! At The Disco, Juna knew exactly how to put on an amazing performance.

“When you first go onstage, your palms get sweaty and your pulse speeds up. But soon, when you’re strumming the guitar and singing your heart out, you forget the nerves and let the music take you along for the ride,” Juna stated. She did not let a single audience member down, and sure did make many proud.

Emily Mueller, a senior at Washington, sang in several performances, but there was one that touched the hearts of many. Emily sang 'The Best Day' by Taylor Swift, which she dedicated to her mother who sat front row watching her sing her heart out. “It fit her and my family so well. She has taught me everything I need to know,” Emily stated regarding the performance that brought tears to many, including myself.

Though most performances were vocal, some students showed the audience their dance moves, while other simply put music to our ears with instruments. Student Allic McCafferty performed a violin solo, along with many other performances. Playing 'Once Upon A Dream' from the movie Sleeping Beauty, Allie’s violin performance was fantastic.

Senior Mason Coe, may have had the performance of the night with a vocal tribute to Veterans and any man or woman serving for our country. As Mason sang 'If You’re Reading This' by Tim McGraw, many members of the audience were in tears.

Brad Meisberger stated “As someone who can relate to this song, Mason’s performance was very touching. I leave in just a few months to join boot camp for the Marines and greatly appreciate watching someone give notice to our soldiers.”

After Mason gave his extremely heart warming performance, the crowd stood and cheered for him as many welcomed him with hugs as he walked off stage.

The Washington Senators sure know how to make our school proud. Once again a big thank you goes out to Mrs. Wade and the choir for putting everything together along with the Senators who participated and helped make such a fantastic show.