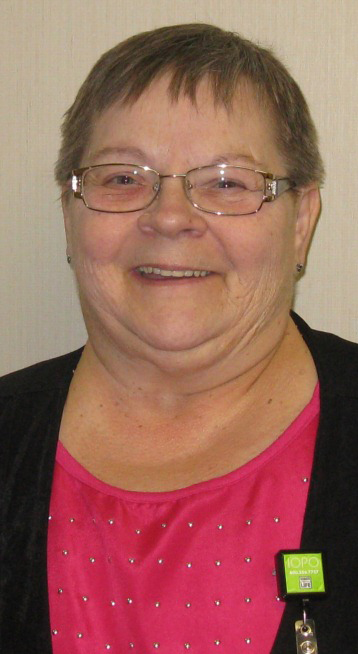 Nancy Draus, a preregistration specialist, has been selected the March Ambassador of the Month for Franciscan St. Anthony Health-Michigan City.

Draus, of Chesterton, who has been with Franciscan Alliance for 23 years, the last eight in her current position, was nominated by several employees who called her a dedicated employee and a valuable team member willing to share her knowledge with anyone who seeks it.

Draus said she was “surprised and humbled” to receive the award, adding, “The minute I walked down the main hall to Human Resources when applying for a position, I knew right away I wanted to work here.”

When she’s not working, Draus, who has two sons and two grandchildren, enjoys reading, bingo and fishing.

In recognition of the honor, Draus, as are all Ambassador recipients, was honored with a special billboard display for the month, a privileged parking spot, an Ambassador badge holder, a photo on the Ambassador of the Month wall that displays the previous 12 months’ winners, $150 cash and an invitation to the annual Service Awards and Recognition Banquet.