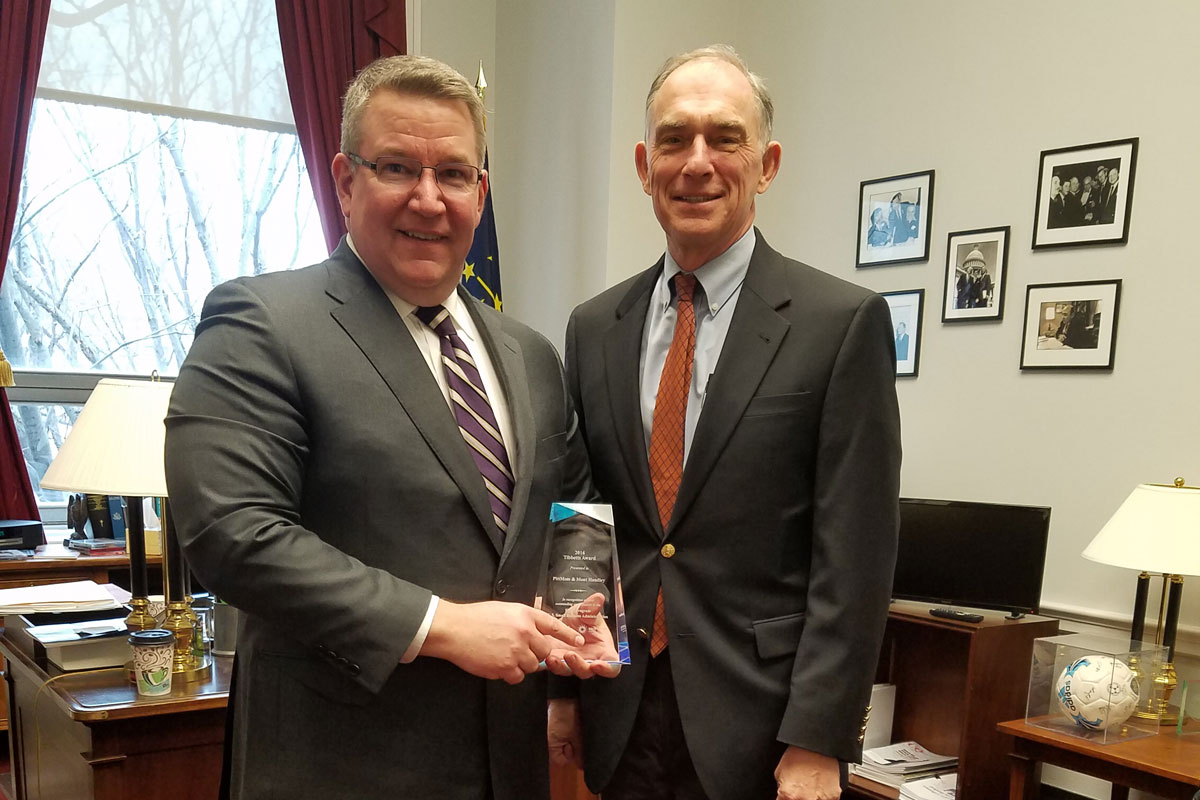 Entrepreneur Mont Handley, who promotes and advances commercialization and entrepreneurial ventures in his position at Purdue Northwest, received his award during a White House ceremony. He was among 37 small business owners and contributors who received the 2016 award, presented by the Small Business Association (SBA) through its Small Business Innovation Research Program.

Invented PITTMoss
Handley was honored for inventing PITTMoss and founding PITTMoss, LLC. PITTMoss is a unique, organic, recycled and engineered soilless product that enhances plant growth. According to its web site, PITTMoss is naturally made from recycled cellulose fibers like newspaper, allowing more air, water and nutrients to be delivered to flowers, vegetables, shrubs and grass, while encouraging faster and stronger plant development.

“Winning the Tibbetts is validation that my instincts about how to build a successful business or attract investors were right,” Handley said. “I’m very honored by the award and feel I am exactly the sort of small business owner Senator Kennedy and President Reagan were thinking of when they jointly moved this program into federal law in 1982.”

Previously, Handley received an SBIR phase 1 grant that helped enable him to grow his start-up company from a kitchen table concept to an operation of 10 employees and multiple independent contractors.

Successful pitch on ‘Shark Tank’
He generated $1.2 million in seed funding from the grant and support from entrepreneur and TV personality Mark Cuban after Handley successfully pitched his product on the television program, Shark Tank. Operated in Ambridge, Pa., PITTMoss utilizes for its products local up-cycled materials that are diverted from area landfills.

“Every year, hundreds of companies participate in the Small Business Innovative Research program,” Purdue Northwest Commercialization and Manufacturing Excellence Center Executive Director and Dean of the College of Technology Niaz Latif said. “We are so pleased that Mont has been recognized as an award-winner—as someone who walks the walk each day of what it takes to successfully bring a small business idea to market.”