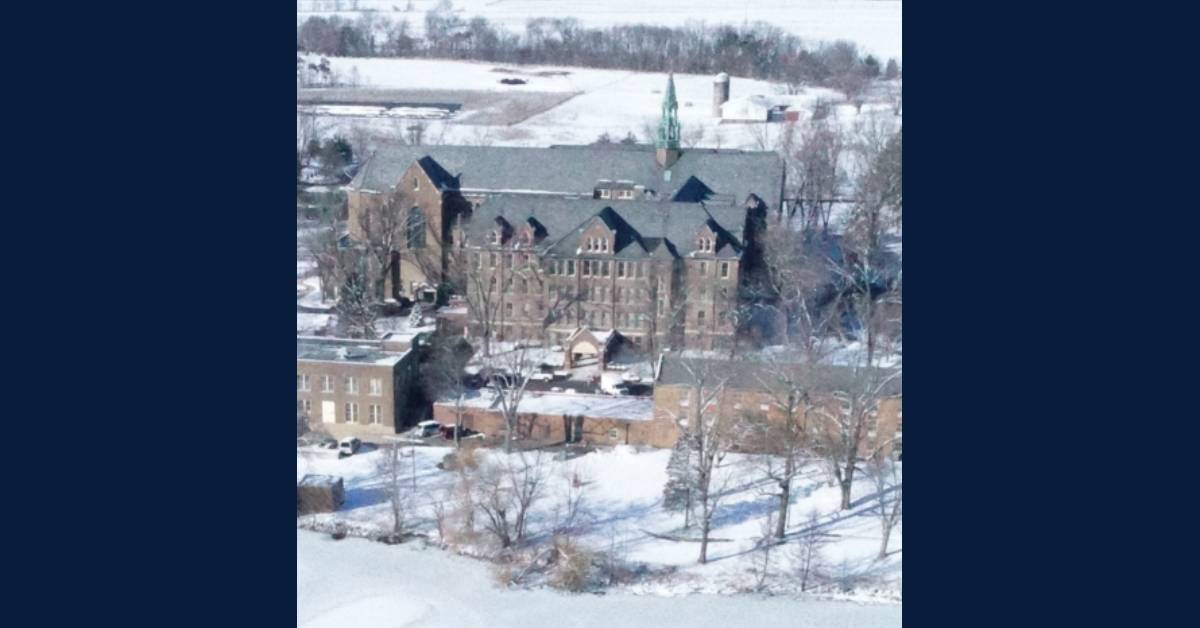 Occasionally, there has been enough snow to see tracks: deer, raccoon, birds, squirrels, and the variety of patterns on the soles of boot and shoes. I am especially intrigued by tracks on the frozen lake. As of this writing, Jan. 23, the ice seems to be very solid, while a week ago, the weather was warmer and quite windy. A very large turtle shell had been encased in the ice near the pier. When the sun was beating down and strong wind was causing the waves near shore to move back and forth, the ice around the turtle shell had thawed, and could see the whole shell, neck, and two front legs, which did not move. I wonder if it is dead or just frozen. Meanwhile, a rodent been digging up tender vegetation on the lawn around the lake and disappearing into the brush on the shoreline.

A true story about the frozen lake: Around thirty years ago when there was a farmhouse across the lake, Earthworks conducted an environmental education program directed by Sister Janice Yaekel. Also living at the farmhouse was a bouncy, honey-colored lab named Ginger. Sister Odelia Labocki used to walk in her white habit from the Kasper Home around the lake to the farmhouse, where she baked delicious bread. She and Ginger were fast friends. It was reported that when the lake was frozen Ginger would gallop clear across the ice and up the walk to CKH. The doors would open automatically, and she would run straight in and enter Sister Odelia’s room, where she no doubt received a treat!

Another happening I personally experienced a couple of winters ago: I was standing by the shore down by the sycamores. Ice covered the lake but was thin where I stood. It was a bright, clear morning as the sun climbed higher up in the eastern sky. While I stood there, something began to happen. The ice directly in front of me began to crack, spreading out farther. The sound got louder and louder as the ice was cracking all over Lake Gilbraith! The booming sound continued as I walked back to the Motherhouse. I assume conditions have to be just right for such things to happen.

What will spring look like? Groundhog Day is already here! We’re not used to the amount of uncertainty that has come with 2020. Living in a historic community of faith is a reminder of how to put uncertainty in perspective.