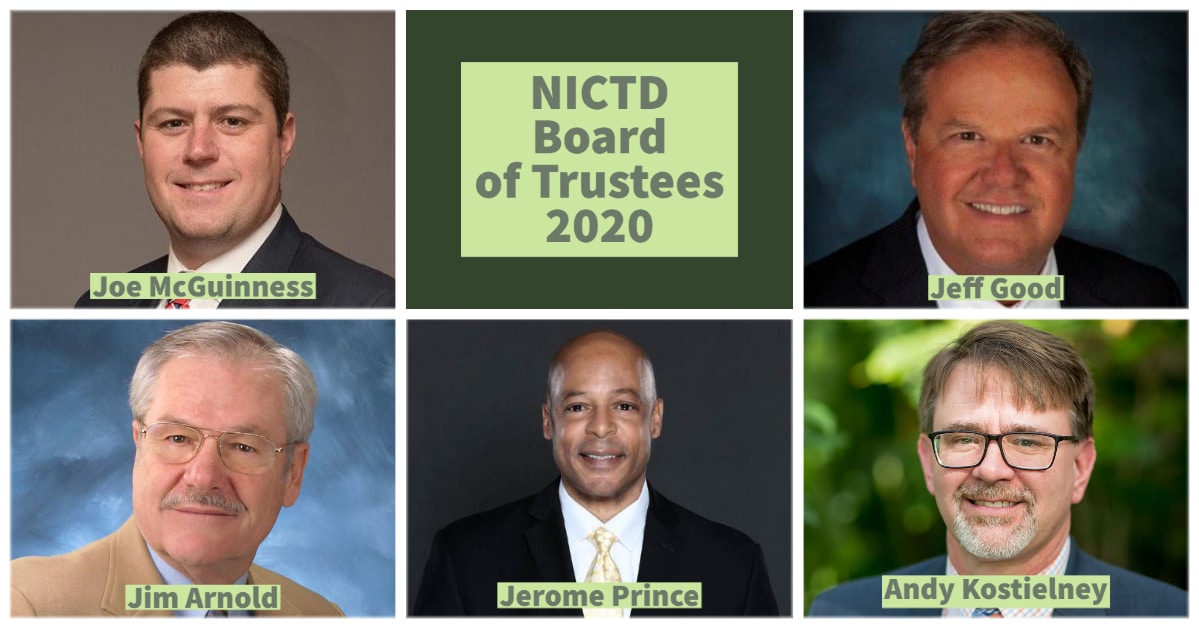 Progress. It has a nice ring to it, considering the circumstances our local communities and the world at large are enduring right now. One particular local Board of Trustees has progress on the brain, in a consistent and unyielding pursuit of healthy economic development for the Region. We caught up with the Northern Indiana Commuter Transportation District (NICTD) Board of Trustees members to gain their insights on the value of five counties, working closely with the state, to push major South Shore Rail Line projects forward to benefit Indiana from the Illinois to Michigan state lines.

As developments continue with the West Lake Corridor Project and the Double Track NWI plan, NICTD board members, who hail from Indianapolis, St. Joseph County, La Porte County, Porter County, and Lake County, paused to reflect on the sheer magnitude of these developments and how they will help the Region progress.

“The Double Track NWI and West Lake Corridor projects make this a very exciting time to be a part of the NICTD board,” said board chair Joe McGuinness, who also happens to be the Commissioner of the Indiana Department of Transportation. “The collaboration between local, state, and federal partners has put us in an ideal position to advance these long sought-after projects – both of which will transform the physical face and economic future of the region. There are also other improvements ahead as a part of NICTD’s strategic plan that will make traveling via the South Shore Line more convenient and enjoyable for everyone.”

McGuinness, who was appointed to the NICTD board by Gov. Eric Holcomb in May, 2019, said he’s passionate about building and maintaining safe, high-quality infrastructure for Hoosiers across the state.

“The South Shore Rail is incredibly important to connect communities across Northwest Indiana, as well as to provide access to and from Chicago. As the planned major expansions for the South Shore move forward, the service has enormous potential to draw new residents and business investment to the Region and invite transit-oriented development along the lines.”

“The NICTD upgrade and extension in my opinion is the largest public works transformational project in the region for some time,” Good said.

Jim Arnold, the LaPorte County representative to the board, echoed that sentiment.

“These are the biggest improvements we are seeing to the South Shore in more than 100 years, and you bet I want to be a part of them,” Arnold said.

Until he was about 7 years old, Arnold lived across from the Elston High School gym in Michigan City and used to watch the South Shore trains go down the street every day.

“It just struck up an interest in me and I always wondered – where are they going? It had a place in my heart. Well, now I know, and now I get to be part of making it better,” Arnold said.

When Arnold was a State Senator, he was appointed a ranking member of the Senate transportation committee.

“That’s where my appetite really got wet about coming back home and serving with NICTD,” he said. “We knew for years that there had to be some changes made with the South Shore Line to keep up with the times, and there is just a tremendous group leading this effort right now.”

Andy Kostielney, secretary of the board and president of the St. Joseph County Board of Commissioners, said he has appreciated how NICTD officials, other project partners, and those in the communities along the South Shore have worked together for progress.

“Both South Shore projects are perfect examples of how things should work. It’s great when politics are relegated to the caboose and strong, bipartisan policies become the engine for economic projects that can set an entire region on the right track for generational success,” he said.

Jerome Prince, board member and Mayor of Gary, agreed.

“More can be accomplished faster when we collaborate across borders. Expanding South Shore coverage and decreasing commute times will increase the population in Northwest Indiana,” he said. “Gary alone is large enough geographically to easily accommodate 100,000 more residents, and we welcome South Shore commuters to explore the great attributes Gary has to offer.”

Arnold said when the population base increases, so does the tax base, and then the churn for new businesses, added industry, and visitors grows stronger.

McGuinness said the collaboration between the counties, state, and neighborhoods shows that all stakeholders involved understand how critical strong infrastructure is for communities.

“We all bring something different to the table, and we’re playing to everyone’s strengths to make the South Shore Line better than ever,” he said.

The Double Track NWI project will take the line from a single track to a double track between Gary and Michigan City, and construct signal, power, and platform improvement at five passenger stations.

All board members see the projects as essential to continued growth in the Region, but also to improving quality of life for community members.

“One of the things we struggle with, both locally and across the state, is finding ways to increase our quality of place. The South Shore projects accomplish this on numerous levels. Having 90-minute access to the third largest population center in the country [Chicago] can open up a variety of positive aspects for St. Joe County,” Kostielney said.

“This upgrade and extension will bring one of the largest job markets in the country closer to our Region residents and the Westlake extension will add new ridership and easier, quicker access to the City of Chicago. With all the upgrades, the line will remain electric powered which is a green solution to transportation well into the future. The development of new terminals and additional parking, and new and upgraded train cars, will insure a more up-to-date experience,” Good said.

“Convenient access and low cost commuter rail service is essential to Gary residents who work in Chicago and are key to attracting Illinois workers to live in Gary,” he said. “Additionally, the double tracking investment will spur two Transit-Oriented Development Districts that will increase the economic vitality of the city.”

McGuinness said that when he served as Mayor of the City of Franklin from 2012-2017, he witnessed first-hand the transformative effects that smart infrastructure investments can have on local communities.

“We made our community more visually attractive, easier to travel by car, bike and foot, and we introduced placemaking and wayfinding elements to the community. The result was a significant increase in businesses investment in our downtown and in nearby neighborhoods,” he said. “I believe the South Shore can generate the same type of positive momentum in all of the communities served by the route.”

The latest information on each of these NICTD projects can be found online at West Lake Corridor Project and the Double Track NWI plan.