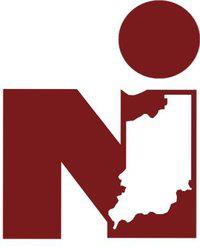 A joint federal review of the regional transportation planning process in Northwestern Indiana has found that it not only complies with federal requirements, but serves as a model of best planning practices.

The report also includes a variety of useful recommendations for further refinement and improvement in the planning process that is led by NIRPC in cooperation with INDOT and the public transit providers. In addition, the report issues a corrective action regarding NIRPC’s Intelligent Transportation Systems (ITS) architecture, which will employ a variety of technologies to monitor, evaluate, and manage transportation systems to enhance efficiency and safety. “Given the amount of truck traffic and overall congestion in the region, an effective ITS would serve the area well,” says NIRPC Deputy Director and Director of Planning, Steve Strains. “Many stakeholders will be asked to be involved in updating the ITS during 2014 for the overall transportation system as well as for individual projects.”

NIRPC is the Metropolitan Planning Organization and regional council of local governments for the three counties of Northwest Indiana. NIRPC provides the forum for local elected officials, regional leadership, and citizens to address regional issues relating to transportation, the environment and community and economic development. NIRPC seeks to develop consensus solutions with the broadest participation.