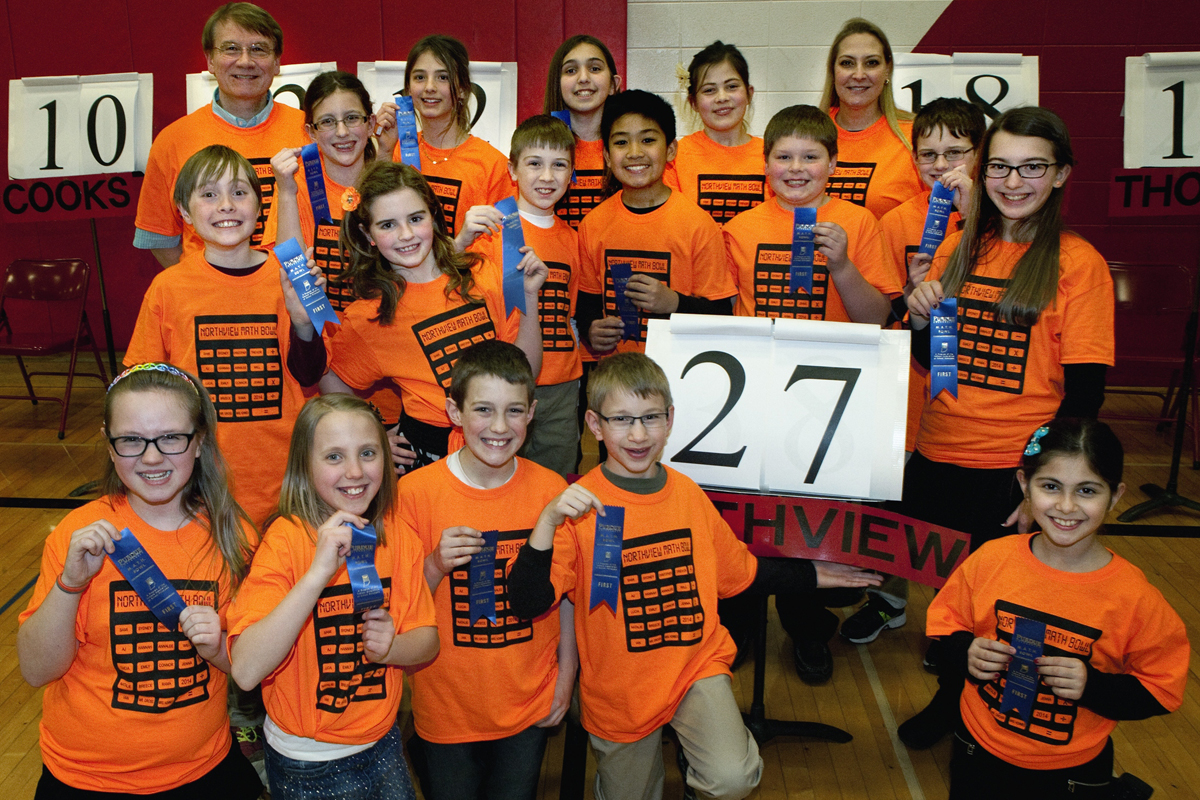 The 18th Annual Indiana Academic M.A.T.H.Bowl competition was held at Portage High School on Thursday, February 27th but the local teams had to wait nearly a week for the state results due to poor weather that delayed competition at other sites around the state. At one point in the competition the team answered 10 consecutive questions correctly on its way to a final tally of 27 points out of a possible 32.

Northview's win completed a sweep of all three academic bowl competitions. They had earned state titles in the Spell Bowl and Science Bowl earlier in the school year.

Sixteen teams from across Northwest Indiana participated in the Portage regional competition and 123 schools participated around the state. Other Valparaiso schools finishing in the top ten along with Northview in the Red class were Central Elementary (7th) and Hayes Leonard Elementary (9th) and Flint Lake Elementary (7th) in the Orange class.

"We could not be more proud of our team;" said coach Kim Hommes, "not only because of the win, but for the hard work they put into it. At every practice they came in eager to learn something new." She added that she was also â€œgrateful for the tremendous support we got from the parents, who worked with students at home and rearranged their schedules to get their children to practices. They were an important part of the 'equation.'" Coach Gary Gross commented, "Northview's Math Bowl team was packed with superb mathematical minds, full of insight and genius perception. Their enthusiasm carried them through to a well deserved first place finish."