When it comes to science, math and spelling, Northview Elementary School made it a clean sweep this year.

Northview wasn’t just the best in Valparaiso or in Northwest Indiana in those subjects, the school earned a first place finish at the state level in all three categories in 2014.

Members of the Science and Mathematics bowl teams were recognized during Thursday night’s meeting of the Valparaiso school board for their recent state championships.

“I am very excited for Valpo schools and what these kids accomplished,” said Northview principal Loren Hershberger. “I don’t remember a time a school won science, math and spelling competitions at the state level.”

For the Science Bowl Team, it was the seventh year in a row Northview finished first in state.

“The kids all did a fantastic job and I can’t wait to see what they do in Middle School,” said Jill Stefanski, one of two co-coaches of the team.

Hershberger added that the Science team “works hard to make things happen, and they have fun doing it.” 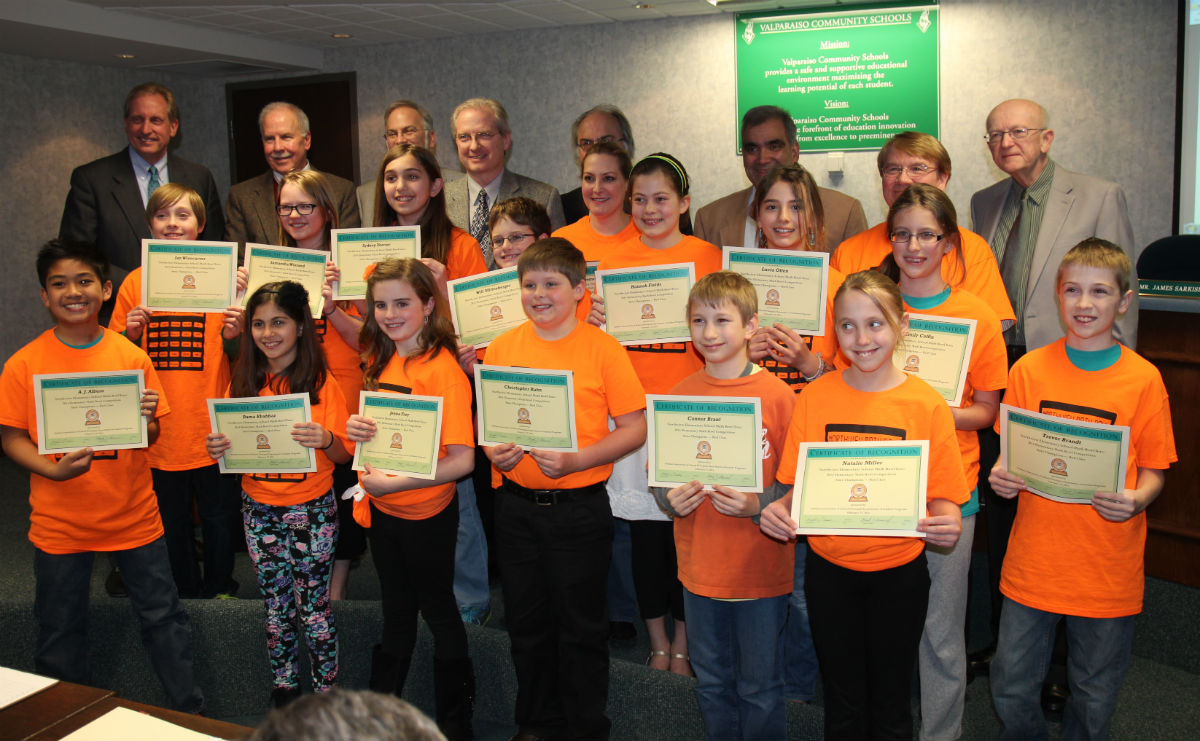 The math team “really pulled the most out of each other” in their state championship run, Hershberger said. “Two of our four groups had perfect rounds and at one point during the competition, they went 10 straight questions without an error.”

A number of students competed on both the math and science bowl teams, at one stretch having to prepare for competitions in both subjects at the same time.

“This is a great group of kids and we want everyone to know that,” Hershberger said. “These competitions are a great avenue for them and they are clearly taking advantage of that.”

Superintendent Michael Berta gave props to the students, as well as their parents and grandparents for “setting high expectations for the kids.”