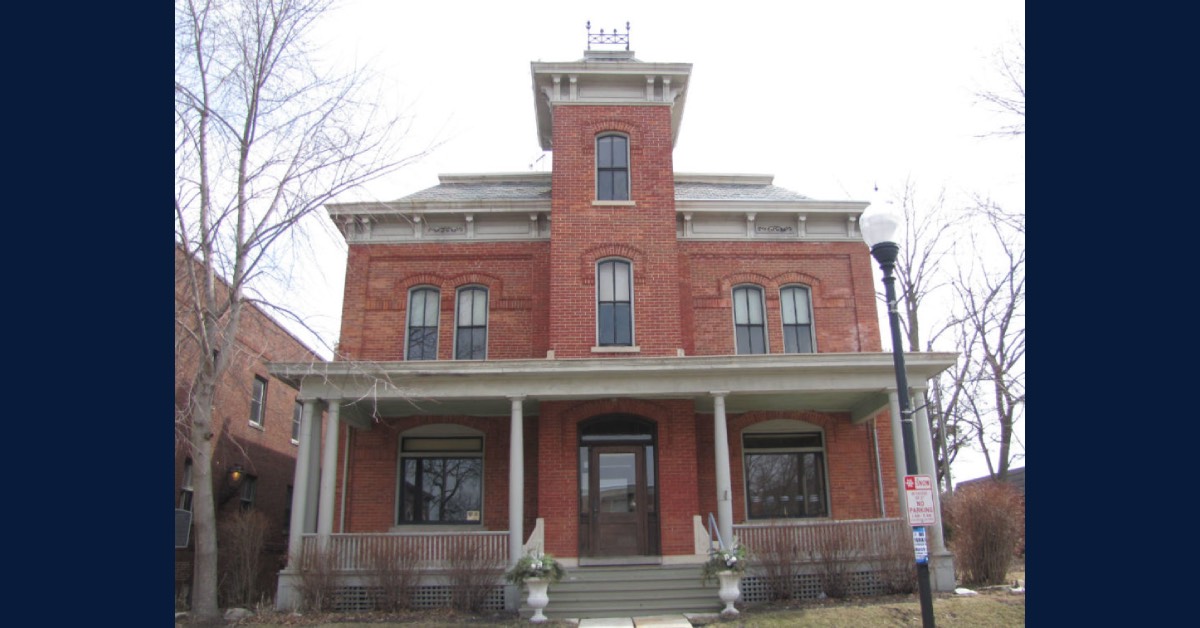 Late October always brings out a special interest in haunted places. Fabled locations are popular Halloween-week visits throughout the nation, and Northwest Indiana sure has its fair share of legends.

NWIndianaLife.com talked with Mike McDowell, founder of Indiana Ghost Trackers who runs Choas Tours - a series of bus rides that stop at many of the region’s most haunted places.

This is one of the most well-known landmarks in Northwest Indiana, made famous by the John Dillinger escape and the filming of the “Public Enemies” movie years later. But both McDowell and Sandy Boyd, a board member at the Old Crown Point Jail, say the location’s haunted history extends to more than just Dillinger stories.

“The Crown Point jail is a terrific location for us,” McDowell said, sharing the story of a friend of his wearing a backpack during one ghost hunting adventure before being grabbed by it and slammed to a cell by an invisible force.

“We’ve caught voices on recording there, too,” McDowell added. “We asked the ghost why he was there, and he said ‘Couldn’t run - was shot.’”

Boyd said her tours, which begin again in May and run at $20 a person and can accommodate up to 25, always offer “some kind of experience.”

“I’ve been chased out of there many times,” Boyd said, sharing another story of the possibility of a security guard haunting the jail.

“We were sitting on a metal bench that was an original bench from 1908 when something hit it so hard, it moved up off it,” she said.

Lake County, it turns out, is rich when it comes to the paranormal. These other “off the beaten path” spots will also give you chills.

This historic location has had multiple accounts of voices, both spooky and light-hearted, come up during tours, McDowell said.

When taking a group of college kids from Purdue University on a tour, McDowell said one ghost whispered “You guys have a hip school.” But another time, a spirit whispered “this is my bedroom - get out.”

A small girl was once seen at the base of the homes’ stairs during another tour where no one brought their kids.

“I didn’t see anyone down the stairs that time, so we got some EMP readings, which lasted for about a minute, but then were gone,” McDowell said.

The haunted in Cedar Lake

While the entire region has seen a good amount of alleged paranormal activity, the town of Cedar Lake has more than its fair share, especially considering its smaller size.

Devils Road, located just a bit west of Route 41, is a site where McDowell said neighbors had witnessed strange things on the road, including shadows. The thought is that deceased women who were murdered back at the location in the 1960s are still haunting it today.

“Whenever we take a tour out there, people always get uneasy,” McDowell said. “It sure is a spooky stretch of road. The last bus tour we had, people were apprehensive about getting off there, and when I told them of the stories of what happened there, they all quickly got back on the bus.”

The former Salesians Boys School in Cedar Lake, now abandoned for 30 years, is also a site where tourists have witnessed shadows and heard voices. A rumor of priests at the school molesting children and then committing suicide there has spooked out a number of visitors, some of which claiming to see a priest acting as a guide during the one and only haunted house McDowell planned for the location.

One of the worst train wrecks in United States history is the basis behind a haunted spot in northern Lake County, McDowell says.

In the early morning hours of June 22, 1918, two train cars, one carrying 50 members of the Hagenback-Wallace circus, collided in Hammond, causing 86 deaths and injuring 127 others.

Hammond residents who live near the infamous location have claimed to have heard knocks on their front doors at 4 a.m., the exact time of the wreck.

“Some have said the tragedy has replayed itself on the tracks, with neighbors saying they have heard a cloud crash and have seen burning wreckage,” McDowell said.

Diana of the Dunes

One of the more well-known tales in Northwest Indiana is that of Alice Mabel Gray, more notably known as Diana of the Dunes.

Alice was a woman from Chicago, who studied mathematics at the University of Chicago before opting to live on the Indiana Dunes, which was then just a home for hermits or poor people. “I was working in Chicago, making little in the way of money, doing little of importance in the world, it seemed. I had measured myself with the world—and the results were not encouraging. I came here to measure myself with nature,” Alice told a reporter in 1916 - one year after her move to Indiana.

Living there year-round, McDowell said she dated a woman named Paul Wilson and was often seen dancing around the Dunes unclothed.

“On occasion some of the area wives confronted her to make sure she was wearing clothing,” McDowell said. During a tour of the Dunes in 1925, Wilson got into a heated argument with the tour guide and tried to hit him, but instead hurt Alice. Shortly after, Alice died of a resulting concussion. She was then buried in an unmarked, now unfindable grave in Gary, rather than on the dunes, where she had wished.

That claim of violence resulting in her death was disputed, however, by Janet Edwards, author of the 2010 novel, “Diana of the Dunes: The True Story of Alice Gray.”

Edwards said her cause of death of Uremia, the result of a lack of diet.

“In passing, people have said they’ve seen a woman running on the Dunes, sometimes naked,” McDowell said. “The story is very eerie to tell in the dark with the sound of the water in the background.”

But Edwards says only two people she spoke to during her 10 years of research for the book had sightings of Diana posthumously.

“One was pretty vague, and the other mentioned something about seeing or sensing a woman sitting on a bench at the train station,” Edwards said.

The ghost story behind Diana of the Dunes, Edwards said, was crafted by a newspaper reporter who said she was haunting the area near Mt. Tom, where she had wished to be buried but was instead laid to rest in Gary.

Edwards does not want to completely squash the story, however.

“It’s a great story,” she said. “This time of year it’s perfect, I told my kids one night walking around the Dunes to see if they could sense her. She (Diana) was a free spirit, so it’s nice to think she is still floating around here.”

During her decade living on the Dunes, Diana first lived on a driftwood shack that would now be on the grounds of Arcellor Mittal and then in Ogden Dunes with Paul.

“In both areas, she was walking all over - from Miller, Furnessville, Gary, Chesterton,” Edwards said, noting that if ghost hunters are looking for her, her likely location now would be “somewhere on the sand between Ogden Dunes and Michigan City.”

Her legacy begins and ends at Mt. Tom, so that may be another possible locale for her today as well as the Miller Public Library, where she spent a lot of time studying, Edwards said.

“A lot of people often overlook how brilliant she was,” Edwards added, noting that she spent time studying math in Germany and working in computers at the U.S. Naval Observatory.

Whether or not the free spirit of Diana of the Dunes continues to waddle through the sands, McDowell said he, and numerous other historians, “strongly” believe Diana is still there.

Spooky can mean a lot of things, but Reder Road in Griffith takes the definition to another level.

Located south of Oak Ridge Park off Colfax Street, the former burial location for the late 1920s/early 1930s South Chicago mafia has a couple of stories paired with its history.

McDowell said that in the 1960s, a boy named Randy had reported picking up a hitchhiking woman who indicated to him she needed to get to Ross Cemetery in Calumet Township. When they reached the cemetery, the woman was gone (similar to the popular Chicago suburbs tale of Resurrection Mary).

The legend is that the woman was the same one killed many years earlier when she was a passenger in her boyfriend’s car and the car hit a pothole and span off the road into a ditch. Her body was left on Reder Road and the myth is that she is still there trying to make it home to Ross Cemetery.

And even though the road has been officially closed for three decades, McDowell said some folks walk there and see shadows of apparitions and orbs of lights.