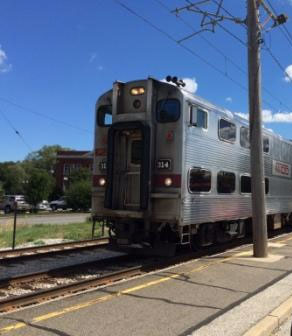 Among the long-term investments included in the governor's spending plan is $10 million in 2019, and a similar expected contribution in future years, to help fund the double-tracking of the South Shore commuter rail line between Gary and Michigan City.

"This has been a single track for many, many years, and that really slows down the effectiveness of using that rail system ... to connect Northwest Indiana to Chicago," Vincent said.

The Northern Indiana Commuter Transportation District (NICTD), operator of the South Shore commuter line, received the go-ahead to enter project development from the Federal Transit Administration last May. That approval came after a March agreement between NICTD, the Northwest Indiana RDA and the new Northern Indiana RDA to jointly fund a $4 million preliminary engineering and environmental study. For more on the project, check out the double tracking web site here.