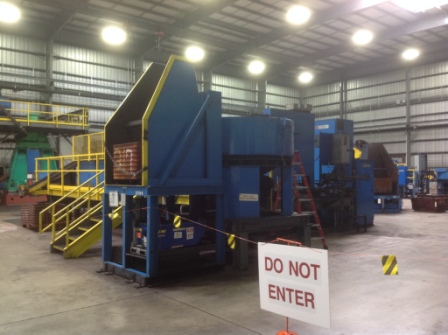 Modern Forge celebrated its 100th anniversary last weekend with a barbecue bash at its new facility in Merrillville. The company, which has relocated operations from Blue Island, Ill., over the past couple of years, currently employs about 100 workers at the new plant and is actively hiring as operations ramp up. In cooperation with local officials and the Indiana Economic Development Corporation, the Regional Development Authority provided Modern Forge with $2 million in incentives to facilitate the move to Indiana.

You can check out more photos from the event and inside the new facility here.

Since 2011, the RDA has provided more that $12 million in incentives to companies to move from the Chicago suburbs to Northwest Indiana, and for companies already here to expand and grow. Together, these companies are investing more than half a billion dollars in Lake and Porter counties and creating more than 1,100 jobs. For more details, download our annual report here.