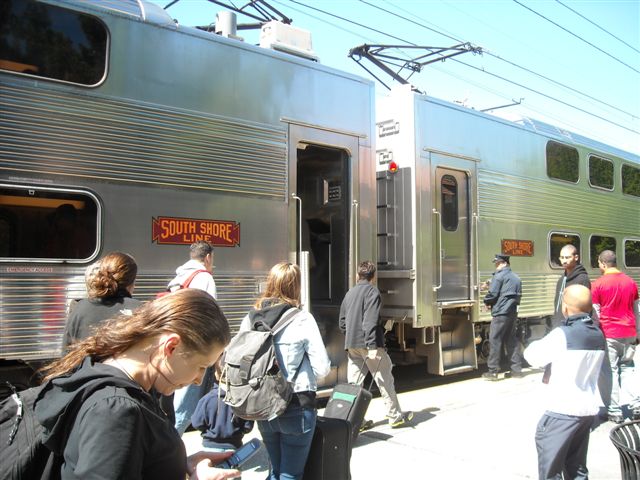 How will expanding commuter rail in Northwest Indiana benefit those in cities and towns on or near the new line? A recent study suggests that it will increase property values and, for those riding the trains, reduce transportation costs.

A 2013 study commissioned by the American Public Transportation Association and the National Association of Realtors found that residential home sale prices were on average 42% higher during the Great Recession in neighborhoods with proximity to transit versus further away.

Specific to Chicago, the study found that the average sale price of a residential property in the transit shed outperformed the overall market by about 30%. The study also found that those living close to transit options spent less on transportation, and had access to twice as many jobs, as those living outside the reach of transit.

Looking more broadly, the benefits of expanded connectivity to Chicago will flow throughout the region. Currently, commuters who use South Shore trains and ChicaGo Dash buses to travel to jobs in Chicago bring back a combined $430 million in personal income annually to spend on goods and services here in Northwest Indiana. Building the West Lake Corridor would result in an additional $231 million in personal income for the regional economy.

The Indiana General Assembly is now considering House Bill 1618, which would provide state funds for the construction of the West Lake Corridor. Please contact your representative today and let them know that you support commuter rail expansion in Northwest Indiana.