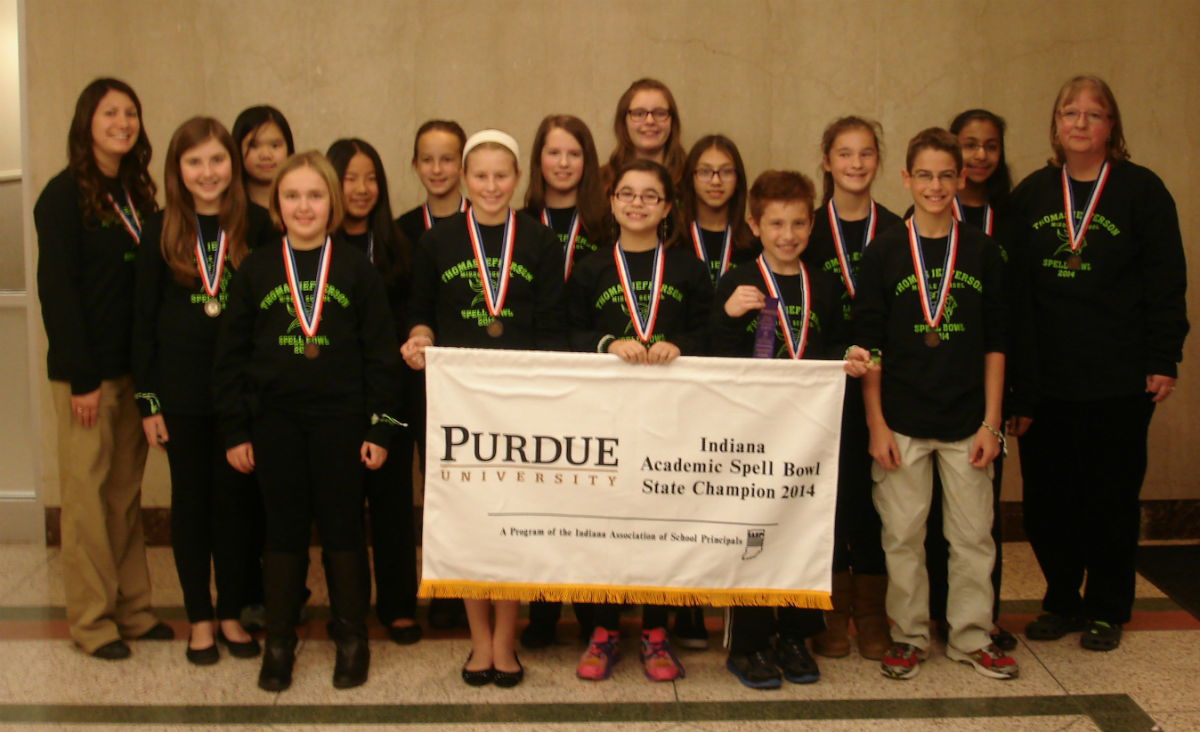 Haley Klein stated, "I was extremely nervous when I went up to spell, but after the first few words, I felt better. My most difficult word was 'igneous.'

"I was scared, and I was terrified to know if I got the word right," related lead-off speller, seventh grader Lily O'Quinn. When asked why she came back to the team for her second season, Lily answered, "I didn't do well last year, and I felt like I could do better if I put my mind to it. I wanted to make my parents proud, and it's cool to be part of a team that wins. It's a great feeling!"

Team captain Antonio Rosario, the only 3-year member of the squad, remarked, "I like academic competition. It's fun! The waking up early for practice at 7:00 every morning isn't the best, but it's all worth it in the end. I was sort of nervous, but I was glad that my last word was 'arteriosclerosis.' That one was easy!" 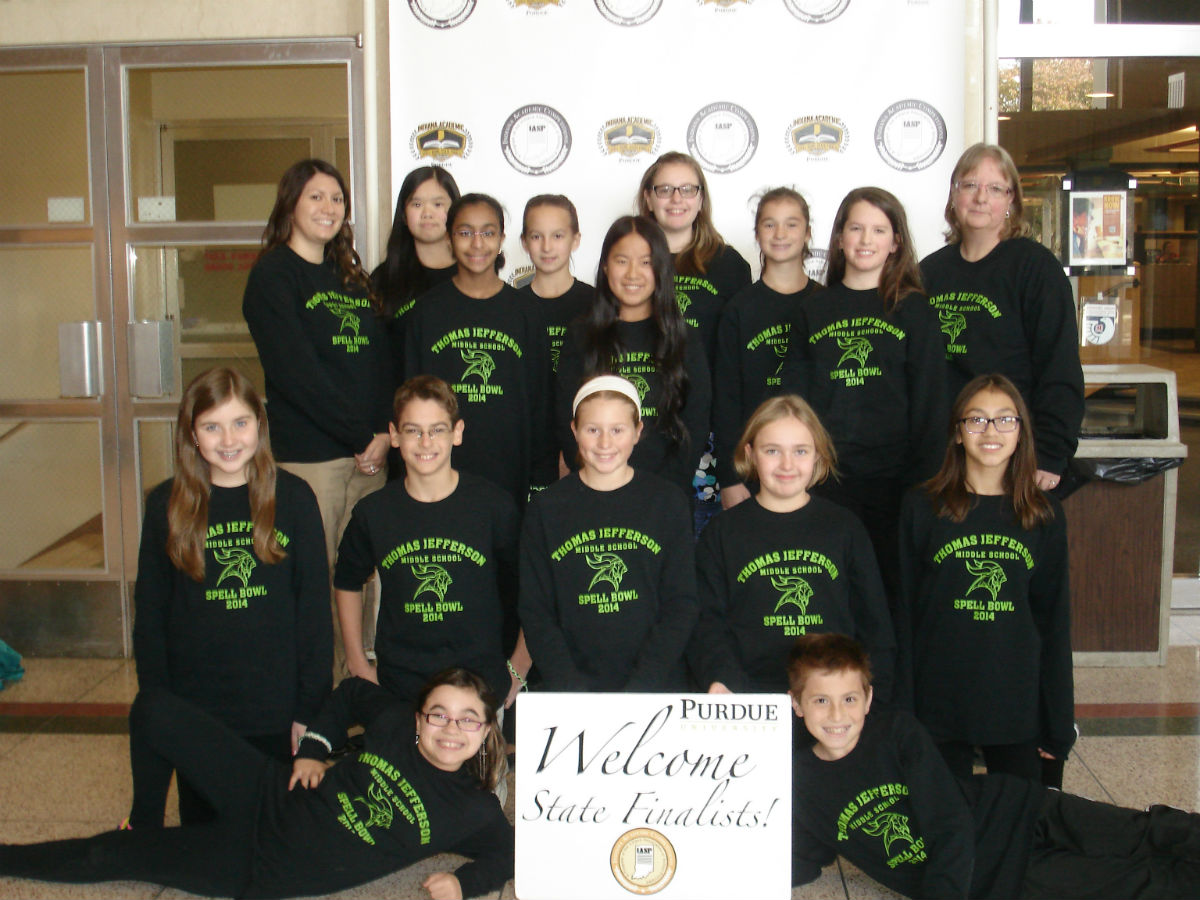 Eighth grader Michelle Song, a first year team member, noted that her mother told her she should join a club, and Michelle chose Spell Bowl. Even though she said Spell Bowl was hard, Michelle enjoyed learning to spell new words and increasing her vocabulary.

Isabel Pati, a returning seventh grade team member, commented, "I like spelling. It's kind of easy for me."

"Not for me," responded 6th grader Maggie Etzler. "I did get better at spelling, though, and I can spell a lot more words now."

8th grader Erin Rockhill, a second year team member who was not among the top 8 scorers last year, remarked, "I was determined to spell this year. I debated about the spelling of 'waiver,' and when I was up there on stage, I was so glad that Teresa and Haley and I had done all that extra quizzing at lunch."

Shannon McCall, who spelled perfectly in the second round, noted, "The 7 AM practices really paid off. I was kind of nervous, and I had to think twice about the ending of 'opalescence,' but I was ready."

When asked why she joined the group this year, seventh grader Teresa Nelson replied, "I spelled in elementary school. 6th grade was really busy last year, so I didn't join then, but I decided to try Spell Bowl again this year. The best part about the team was my friends."

"Fun," answered Annbel Murley, when she was asked about her favorite part of this year's team.

'Euphemize' tripped the team as its only miss, but Team TJ was not stumped by the difficulty of the other 71 words, including 'omniscient,' 'sanguinary,' 'chaise longue,' 'erysipelas,' 'hemorrhagic,' 'cachinnate,' 'xeroderma pigmentosum,' 'pate de foie gras,' 'inveigh,' 'Goethe,' and 'Rimsky-Korsakov.'

Linda Kemper and Jane Strayer coach Team TJ. A week prior to the state meet, 6th grader Keaton Olson wrote the following: "Dear Mrs. Strayer and Mrs. Kemper, You, out of all my Spell Bowl coaches, have been the best ones so far. You have gone through great lengths to get this team to make it. And no matter what happens, I will always remember being the team to win the 8th straight Spell Bowl, of course, for TJMS."

Coach Strayer's birthday falls around state finals time, and she always asks the team for a blue birthday present. The Thomas Jefferson Spell Bowl team has delivered that gift 11 out of the last 13 years.

Lily O'Quinn summed up her feelings about the Spell Bowl team by stating, "It's so out there! That's what makes it awesome."