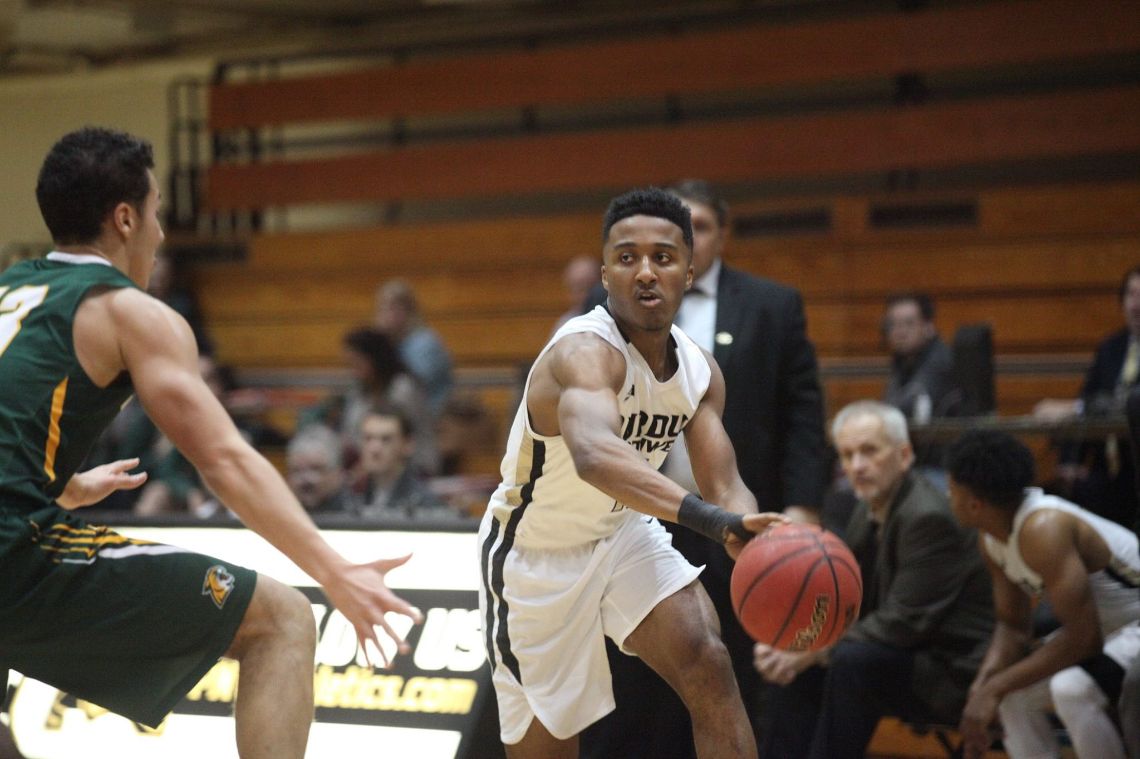 Sophomore Franklin Nunn (Anderson, Ind./Liberty Christian) had a team-high 23 points, but the Purdue Northwest men’s basketball team could not maintain its big first-half lead and fell 78-66 to Great Lakes Intercollegiate Athletic Conference (GLIAC) foe Ashland University (Ohio) Saturday afternoon at Kates Gymnasium in Ashland, Ohio. The Pride held a 33-19 advantage with just over two minutes remaining in the first half, but the host Eagles used a strong second half to rally back and build their own double-digit lead for the GLIAC win.

The Pride got the game started in impressive fashion with eight early points by Coe, including a pair of three-pointers, helping the visitors build a 16-6 lead with 11 minutes remaining in the first half. A three-pointer by Franklin Nunn with 2:28 to play before halftime capped an 8-0 run for Purdue Northwest to extend the lead to 14, 33-19. However, Ashland closed out the period with an 11-0 run to trail by just three, 33-30, heading into the half.

The Eagles carried the momentum into the second half using a 7-0 surge in the opening three minutes of the new frame to take the lead for good. With 13:39 remaining in the game, Ashland pushed its lead into double digits (46-36) following a pair of free throws by Ben Haraway. A pair of free throws by Johnson near the midpoint of the second half trimmed the deficit to seven, 52-45, but a three-pointer on AU’s next possession pushed it back into double digits. A lay-up by Franklin Nunn with 7:17 left to play pulled PNW to within nine, 58-49, but the Pride could get no closer over the final stretch.

Purdue Northwest (1-16 overall/1-8 GLIAC) returns home and hosts Ferris State University (Mich.) on Thursday, January 18, at the Fitness & Recreation Center in Hammond, Ind. The conference game is scheduled for a 7 p.m. CT start and PNW will recognize students, faculty/staff and alumni in attendance from its College of Nursing, College of Technology, Honors College and College of Humanities, Education & Social Sciences in honor of “College Night.”