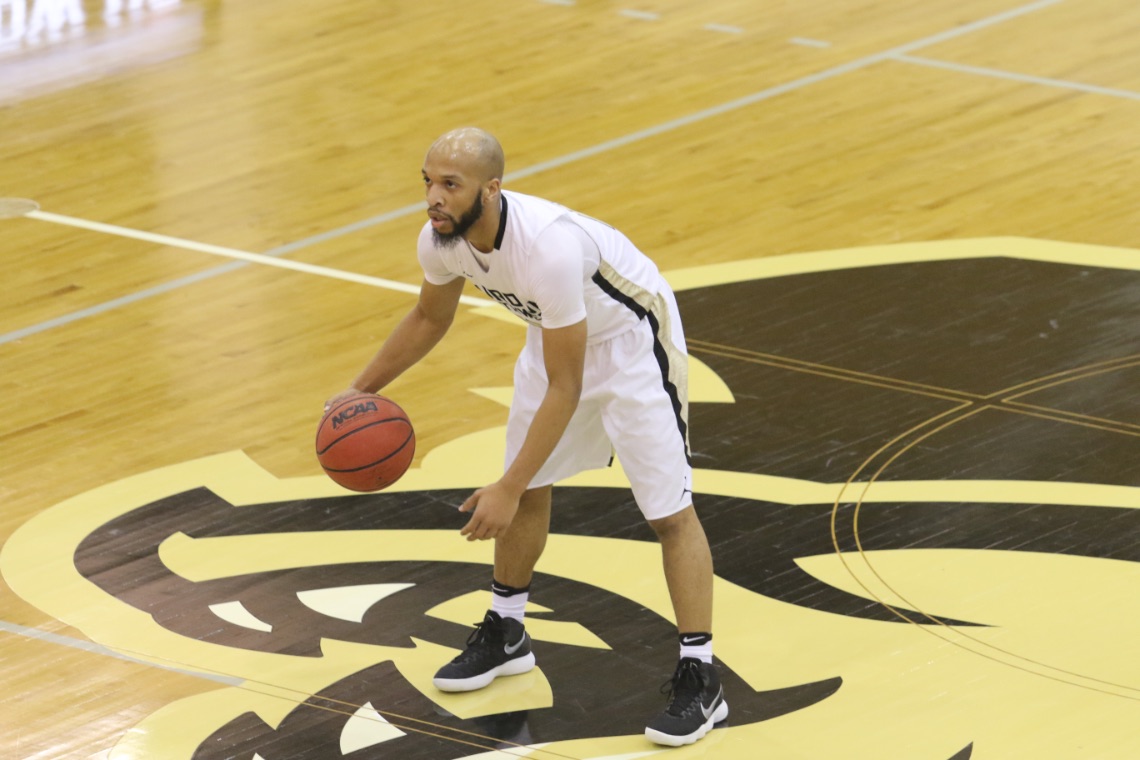 Senior Tyree Coe (Fishers, Ind./Fishers) finished the game with 13 points for PNW, while senior Torrance Johnson (Chicago Heights, Ill./Chicago Hope Academy) also scored in double figures with 10 points to go along with his seven rebounds. The Pride shot 42 percent (23-for-55) for the game and hit just 27 percent (6-for-22) of their three-point attempts. Turnovers were also an issue Saturday as 21 Purdue Northwest miscues helped lead to 22 points off turnovers for LSSU.

After the Pride opened the game with a lay-up by Chris Nunn, the Lakers went on a tear scoring 21 of the game’s next 23 points to build an early 21-4 lead with 14:32 left to play in the half. PNW rallied back and closed to within eight, 26-18, on a lay-up by sophomore Franklin Nunn (Anderson, Ind./Liberty Christian) with 9:03 remaining in the period. However, LSSU got hot again and pushed its advantage back up to 15 points, 37-22, on a lay-up by Rog Stein with 3:32 left in the half.

Trailing 41-28 at the break, Purdue Northwest came out of the locker room focused and closed to within seven, 45-38, on a lay-up by Johnson at the 14:12 mark. Unfortunately for the Pride, the Lakers responded with a 14-5 run to extend their edge to 16, 59-43, with 8:30 to play. Lake Superior State carried that momentum the rest of the game hitting key shots down the stretch to extend its lead even further in the closing minutes.

Purdue Northwest (1-18 overall/1-10 GLIAC) continues its season on Saturday, January 27, heading to Allendale, Mich., to take on Grand Valley State University (Mich.) for a conference match-up. The road game is scheduled for a 2 p.m. CT start at the GVSU Fieldhouse Arena in Allendale.