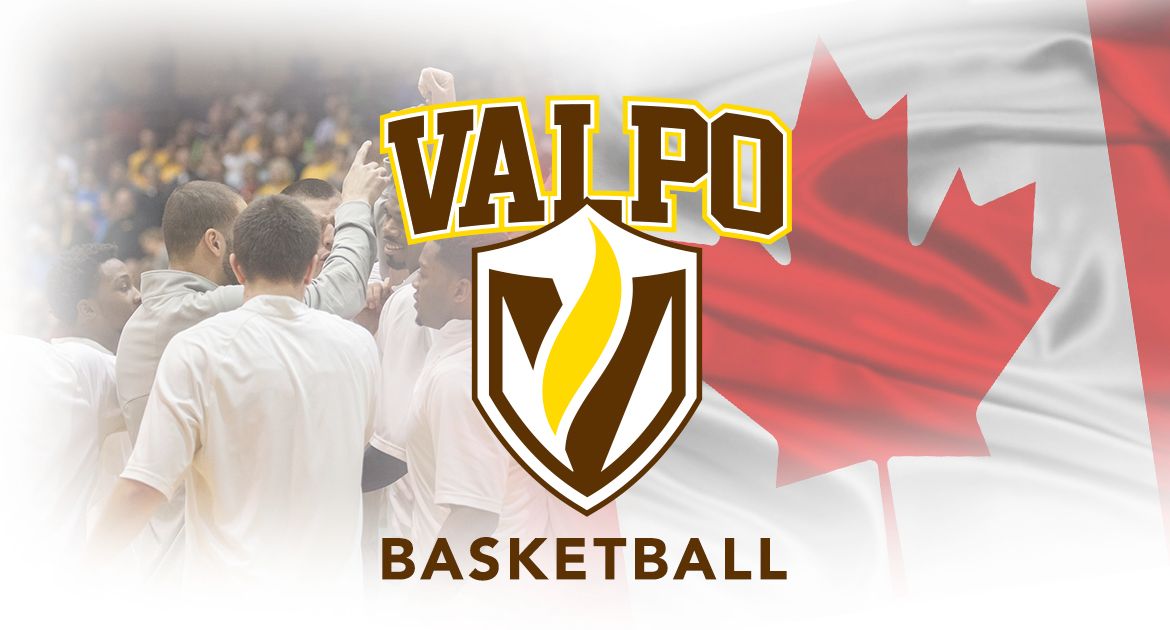 The Valparaiso men’s basketball team will head north for a preseason foreign tour next month, traveling to Montreal and Ottawa in the second week of August to play five games. The preseason trip, along with the allotted practice leading up to the trip, allows the Crusaders to get a jump start on preparations for the 2015-16 season.

“We are excited for the opportunity to take a foreign tour to Canada this summer,” said Crusader head coach Bryce Drew. “This will be a great chance for us to gain valuable experience as a team on the court. More importantly, it will allow our players and coaches to grow closer as a family as we prepare for the upcoming season.”

The NCAA allows teams to take a foreign tour once every four years. This is the second time the Valpo men’s basketball program has taken such a trip, as the 2010-11 squad traveled to Cancun – a trip which preceded a 23-win campaign. The NCAA also provides for up to ten practice days prior to the trip, and the Crusaders plan to take advantage of all ten practice days before departing on August 8.

Once in Canada, the Crusaders are currently slated to play five games in a six-day span while also making time for some sightseeing, team building and community service. Valpo is scheduled to kick off action in Montreal with a pair of games on August 9, taking on the Montreal All Stars and Brookwood Elite, the latter the AAU program which current Crusaders Max Joseph and Tevonn Walker played for prior to arriving at Valpo. Two days later, the Crusaders will take on McGill University, which won the RSEQ regular season title and fell in its conference championship game last season while boasting the second-stingiest defense in the nation.

Valpo will then travel from Montreal to Ottawa for the back half of the trip. The Crusaders will face Carleton University, five-time defending CIS national champions, on the night of August 13. Carleton went 4-1 against NCAA competition last summer, including a pair of wins over Memphis while only falling to Indiana. The trip then wraps up the next afternoon, August 14, with a matchup against the two-time reigning CIS national silver medalists from the University of Ottawa.

The Crusaders are entering the 2015-16 campaign coming off of the best season in program history. Last year’s squad won a school-record 28 games, claimed the program’s third Horizon League regular season title in the last four seasons and won the Horizon League Championship for the second time in three years.