Today, October 15, 2012, is “Gabrielle Douglas Day” in the city of Gary, Ind. as proclaimed by Mayor Karen Freeman-Wilson. The Olympic gold-winning gymnast was joined by her mother Natalie Hawkins, grandfather Theodore Hawkins and a host of family and friends at a luncheon hosted in her honor by the Barden Foundation, the City of Gary, Indiana University Northwest, Blackademically Speaking and Foundations of East Chicago. 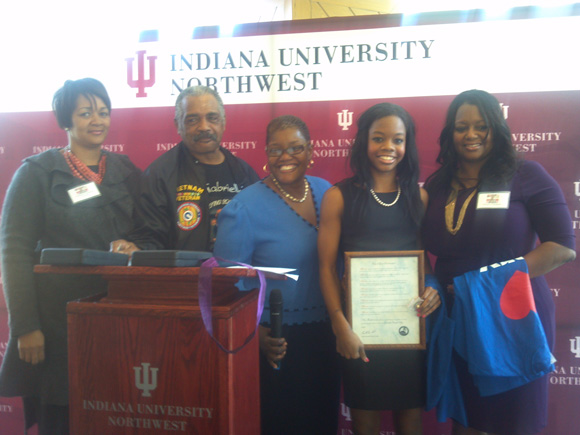 Both Douglas and her mother delivered messages of hope and encouragement to the packed crowd on the campus of Indiana University Northwest in Gary. Presentations were made to Douglas by a variety of groups, and the Mayor closed out the occasion with an official proclamation. Freeman-Wilson also presented the honorees with “I Love Gary” t-shirts and an official “Team Gary” pin. 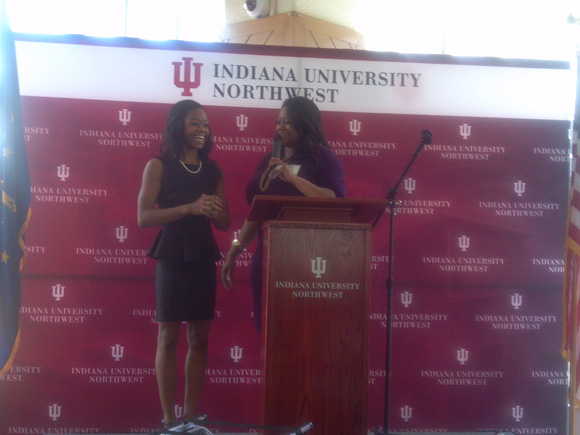 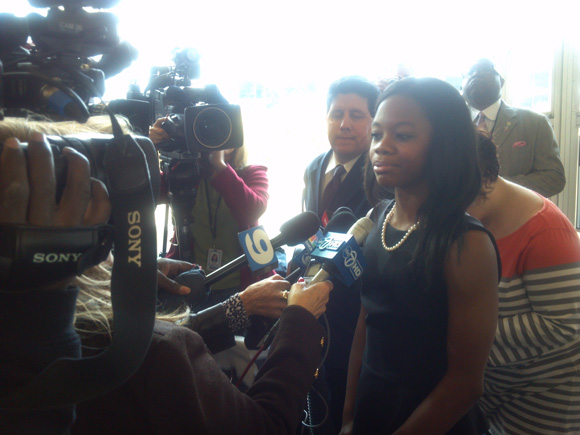 “We celebrate you today and every day, not just for winning a gold medal, but for being the grounded and humble young woman that you are,” said Freeman-Wilson.