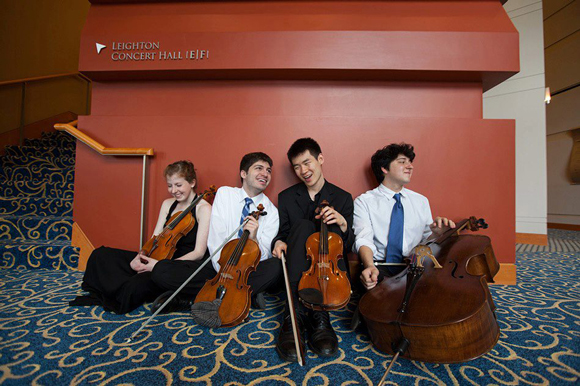 The Omer String Quartet won the grand prize this year at the 40th Fischoff National Chamber Music Competition, as well as the Gold Medal in the Senior String Division. The Fischoff National Chamber Music Competition, held each year on the campus of Notre Dame, South Bend, Indiana, is the world's largest chamber music competition. As part of their award, the Omer String Quartet is currently touring the Midwest area, and will tour the Emilia Romagna region of Italy in the summer of 2014.

Admission to the concert is free and open to the public. Visit www.valpo.edu/music/performances for more information.