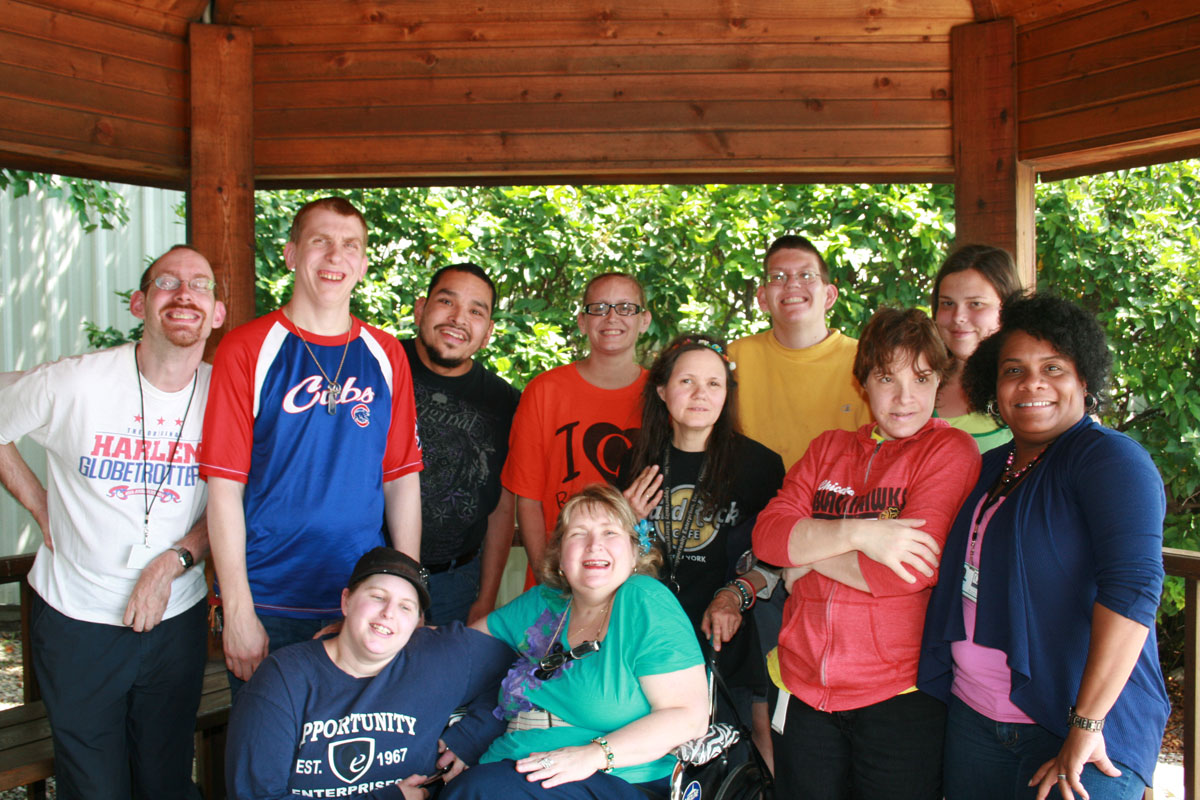 On July 26, 1990, President George H.W. Bush signed into law the Americans with Disabilities Act (ADA) to ensure the civil rights of people with disabilities. This year marks the 25th anniversary of the act, and Opportunity Enterprises (OE), a local non-profit that has supported individuals with disabilities for 47 years, is celebrating by putting the spotlight on a group within the organization called the Self-Advocates.

The OE Self-Advocates group was formed more than ten years ago, and it is open to any client at Opportunity Enterprises who wants to participate. They meet once a month with a staff facilitator to discuss ways to truly take control of their own lives, such as how to speak up for themselves, make their own decisions, know their rights and responsibilities, and how to advocate for these things for their peers at OE.

“Being able to speak for yourself is a privilege,” said Ellen DeMartinis, CEO of Opportunity Enterprises. “We are so proud of our Self-Advocates, and it is amazing to watch our clients learn how to express themselves with confidence.”

Shannon, a member of the group, said her favorite part about being a Self-Advocate is educating people with whom she interacts. "Some of my friends can't speak well, some can't hear well, some cannot see...but that's okay, because we all have different abilities and we want the community to understand that," Shannon said.

Other members of the group were quick to second Shannon’s thoughts. Steve, the club’s president, said that the Self-Advocates and the Americans with Disabilities Act both give him empowerment, the ability to speak his mind, and new opportunities in life. Another group member, Nicole, has been invited to speak about her life and her experience as an OE Self Advocate at an upcoming donor luncheon for OE.

To commemorate 25 years of expanding opportunities for people with disabilities, Opportunity Enterprises posted stories about each member of the Self-Advocates group on their official Facebook page. The organization also encouraged their supporters to sign the ADA pledge to become a part of the nationwide celebration. The pledge can be signed at adaanniversary.org/pledgeon.