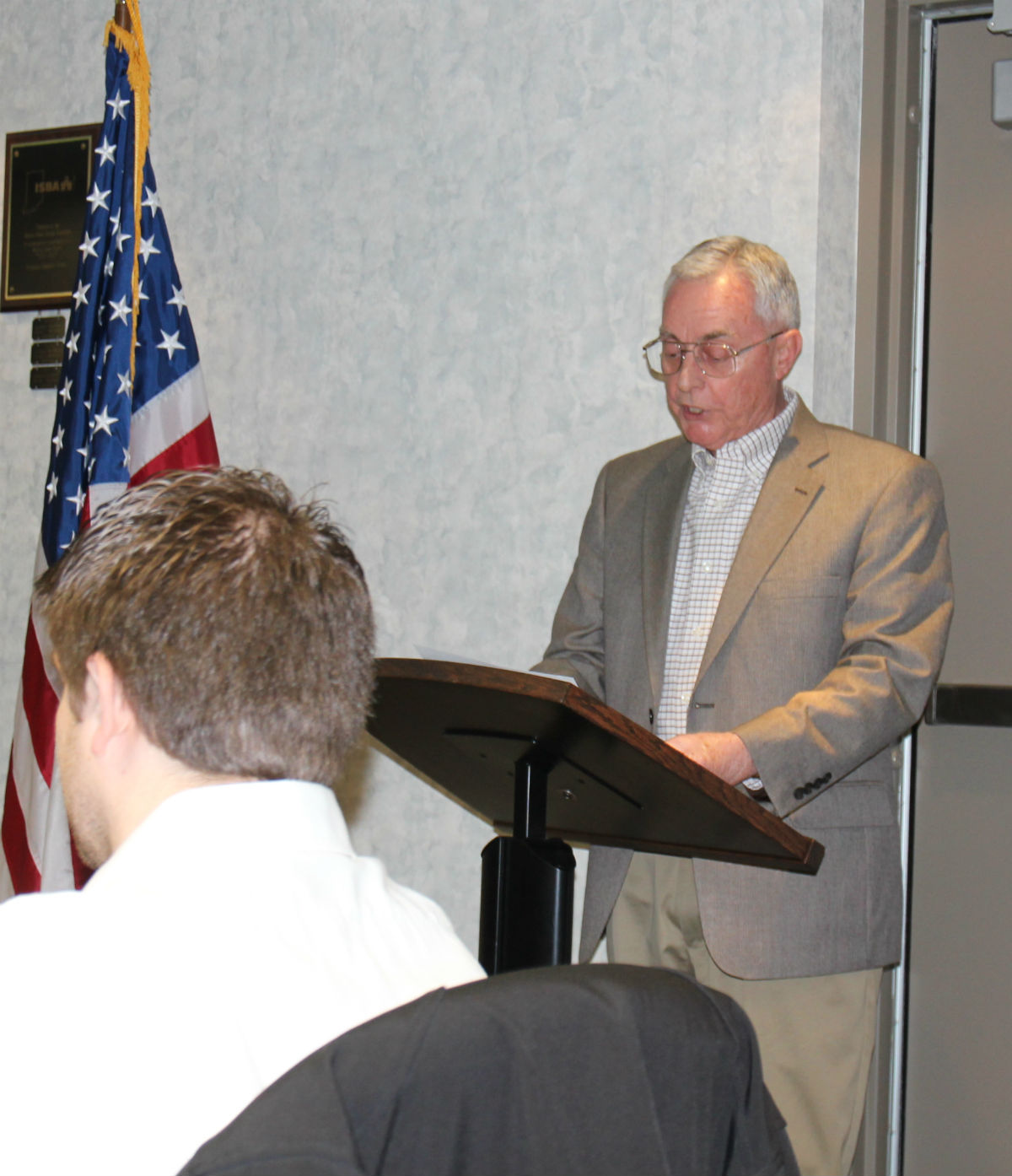 A proposed yearly salary not to exceed $158,000 for the next Superintendent of the Valparaiso Community Schools was met with opposition from the lone member of the public to voice their opinion during a public hearing held on the proposed compensation package Thursday night.

Norman Hellmers, a Valparaiso resident and retired federal employee who worked for the National Park Service for 31 years, including 21 years as a park superintendent, said that superintendent salaries in general have risen to “an unacceptable level.”

“People in these positions are now some of the highest paid public sector employees in the country,” he said. “The inflation of salaries of school superintendents is very much like the inflation in salaries of executives in corporations.”

“With potential superintendents, I have the feeling that there are too many people who teach for a few years, and then are lured by the higher salaries of being a principal, an assistant superintendent or superintendent,” he said. “I know this is not true in every case, but I am suspect of the motives of someone who teaches for only a short period of time and decides they would rather be in an office, than face the day-to-day challenges of the classroom...The compensation package for our next school superintendent should be set to recruit someone who is interested in public service, not an inflated salary.”

The proposed compensation package for the new superintendent includes a $10,000 contribution to a 403B plan, an automobile expense reimbursement at $3,600 a year and participation in teacher retirement fund in an amount equal to 10.5 percent of the annual salary, among other benefits.

Hellmers pointed out the total package could be in the area of $202,000, which is significantly more than the salary of Jonathan Jarvis, the current director of the National Park Service who makes $145,700 a year for his responsibilities including the management of more than 22,000 employees, an annual budget of $3 billion and relationships with the Governors and Congressional delegations of every state. .

“Do you really believe that the Superintendent of the Valparaiso Community Schools warrants a base salary over $12,000 more than that of the Director of the entire National Park Service?,” Hellmers asked members of the board.

The former park ranger and park superintendent also pointed out that the Secretary of Defense has a salary of $199,700 a year and the Director of the Federal Bureau of Investigation (FBI) is at $165,300.

“Should the Superintendent really be making more than the Director of the FBI?,” he asked.

While the board decided to defer the decision on the superintendent’s salary to their next meeting, Hellmers offered two recommendations on Thursday.

He said the maximum salary should either be reduced to $140,000 a year, which he said “is still too high, but would be a start at managing the salary creep that has taken place in these positions,” or start the position at $130,000 a year and if the performance is acceptable, increase it each year by $5,000 for the next two years to a maximum of $140,000.

“I am not suggesting this lower salary because it is out of line with other public salaries,” Hellmers said. “Rather, I believe a lower salary would help set a tone of fiscal restraint in the difficult economic times that we face because of budgetary cuts.”

Board president Mark Maassel said the board is to make or adopt “a number of changes” and that no decision needed to be made Thursday. Once a decision on the compensation package is made, a 7-day period of time would have to take place before a superintendent is hired.

Board member Jim Sarkisian pointed out that the $158,000 number is “at the top of the range” and that the board could make an offer of less than that amount once the superintendent is named.