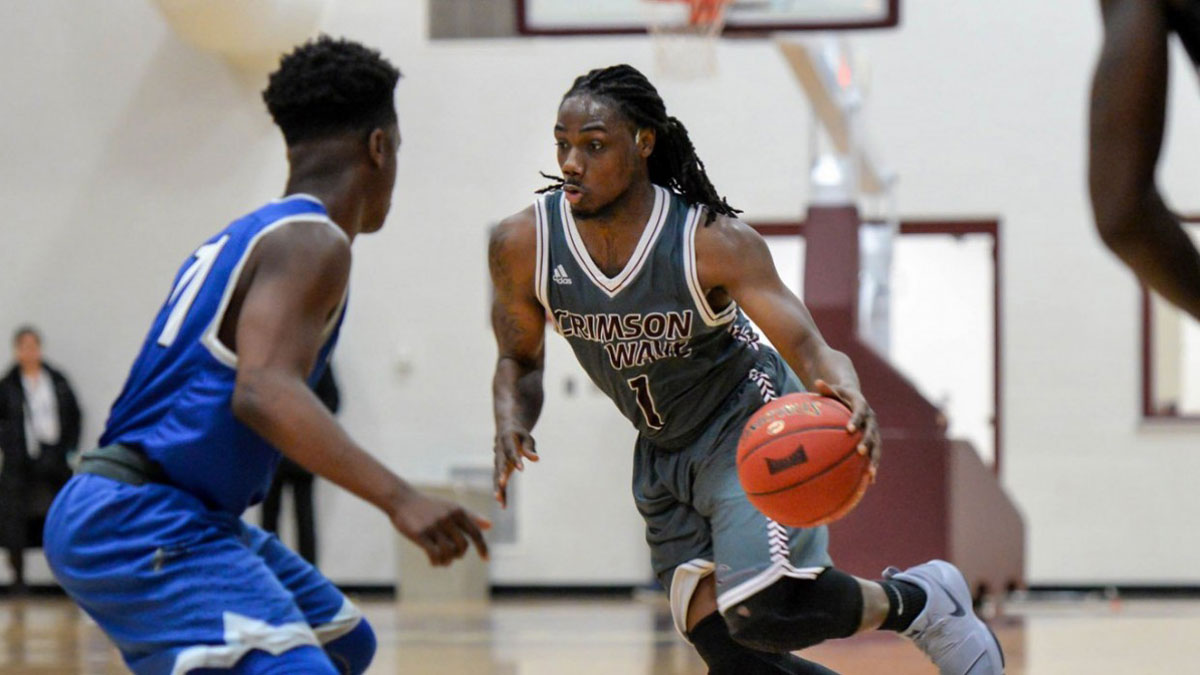 When you get this late into the season, every game is a big game. Even more so when you welcome a team onto your home court that is tied with you in the standings, both jockeying for postseason seeding. This was the case when the Crimson Wave men's basketball team brought in defending National Player of the Week Nic Reed and his Olivet Nazarene University Tigers to the Rittenmeyer Center on Wednesday night. It was a closely played matchup throughout, but the defense of CCSJ once again proved superior in a 73-63 victory.

Both CCSJ (13-7, 7-6 CCAC) and ONU (10-12, 6-7 CCAC) shot the ball incredibly well in the first half, hitting their shots at a clip of 52 percent and 51.9 percent respectively. The contest was tied nine different times in the opening 20 minutes, and the lead changed hands on 12 different occasions. Because of the back and forth nature, neither team was able to build up much of a lead. The Crimson and Gray led by seven less than four minutes into the first half, but ended up trailing by one heading into the intermission at 38-37.

The Wave made the defensive adjustments necessary while in the locker room to come out and put themselves in a position to win. They shut down the Tigers offense, only allowing them to make 33.3 percent of their shots. The key to the ballgame though was to stop Nic Reed, and they did just that. Reed only scored 16 points, well below is average, before he fouled out with a less than a minute to go in the game. Devin Harrison (SR/Chicago, Ill.) on the other hand stepped up when needed once again, scoring 19 of his game high 32 points in the second half. The Tigers were unable to score all but one field goal in the last five minutes of the contest, handing the Wave another big conference win 73-63.

Head coach Ryan Sexson once again had high praise for this defense following the victory. "I though defensively we were really, really good. We really keyed in on Reed. We let him get loose with two threes in the first half, and shut him down outside of that. Jose Ramirez (SR/Chicago, Ill.) did an outstanding job on him, and Ion Falkner (FR/Gary, Ind.) came in and put up good minutes against him as well. All around really happy with the defensive effort."

As previously mentioned, Harrison led all scorers with 32 points. "He's a really good player, and this is the time of year where really good players turn it up," said Sexson of Harrison's recent play. "He's down to seven games left to his career. He knows that his career is coming to end, so these games mean that much more." Jose Ramirez also paced all players with eight rebounds on the evening, to go along with a team high two assists. The Wave shot 50.9 percent for the game, and 45 percent from behind the three-point line. They also seized any chance they got to score off a Tigers turnover, outpacing them 20-10 in that statistic.

Next up is Trinity International on Saturday afternoon, a team that handed them their first conference loss of the season. "Trinity makes you play a different game, and it's one of the better places to play in the conference, environment wise," said Sexson. "We have respect for them, and we know that they have respect for us. It should be a really fun game." Tipoff from Deerfield, Ill. is slated for 7:00 pm.