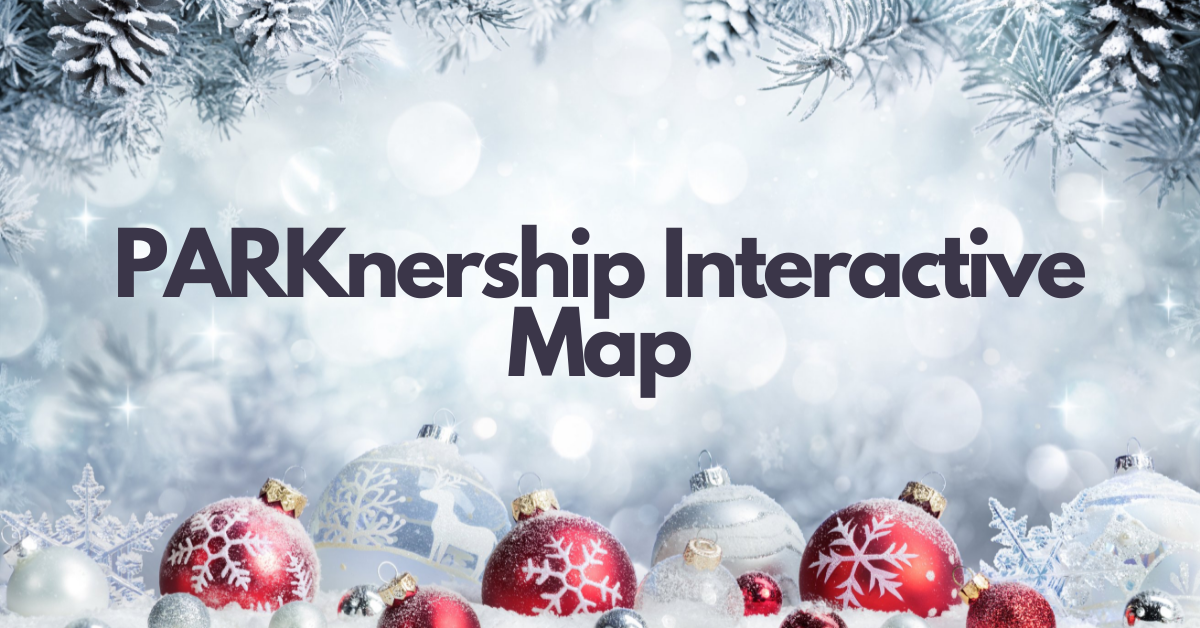 We now have a new way to explore NWI over the holiday season. Parks departments formed an “NWI PARKnership” to provide a holiday experience for the Region. They worked with One Region and a Purdue Northwest data analysis class to create an online map that makes it easier for residents to plan holiday outings.

It all began as a vision for collaboration. Northwest Indiana is made up of numerous parks systems that focus on quality of life events and programs for their individual jurisdictions. They each have separate priorities, different leaders, and focus on serving multiple populations. But NWI residents work and play beyond these jurisdictions and visit parks outside of their cities, towns, and counties.

Munster Town Councilman, Chuck Gardiner, recognized that there was an opportunity for collaboration. As a former park and recreation director, Gardiner reached out to Marie Foster-Bruns, president & CEO of One Region to look at various possibilities for parks in Northwest Indiana to collaborate, not only to benefit residents but individual parks departments.

“When partnerships are formed and deepened, more meaningful outcomes can be achieved which is why I reached out to One Region,” said Gardiner. Quality of life is a focal point for all of our parks departments and a priority for One Region which made it a natural starting point.”

From initial discussions, Foster-Bruns and Gardiner created a steering committee made up of parks directors from each county in NWI. John Seibert from Valparaiso Parks, Mark Heintz from Munster Parks, Jim Basala from Lake County Parks, and Jeremy Sobecki from La Porte County Parks all directed the steering committee that eventually put together a convening with almost twenty parks directors to discuss possible synergies. This discussion led to an “NWI PARKnership” with the goal to connect Northwest Indiana experiences.

“This initial PARKnership convening was remarkable,” said Seibert. “We discussed important topics and brainstormed ideas that allowed us to focus on our individual priorities while widening the lens to explore benefits for our whole region.”

One of the outcomes was alignment centered on the holiday season. The group decided to create a prototype website called the “Holiday Experience in Northwest Indiana” that launched on November 20, 2021. They reached out to Purdue Northwest visiting assistant professor Scott Schaller and his student David Duesing who worked with Bailey McGrath at One Region to gather data and build a Tableau dashboard that resulted in an interactive map for the public to utilize.

“It was an amazing process that included over 50 experiences from over fifteen parks systems, including the Indiana Dunes National Park,” said Schaller.

“This data was used as a learning tool for students like Duesing to understand the importance of data analysis and visualization. The experience not only built something useful for NWI residents but for PNW students as well.”

This Holiday Experience prototype, found at oneregionnwi.org/parknership will allow NWI residents and visitors to celebrate winter festivities by filtering parks events and programs by date, type, and location between November 24 to January 10 in Lake, Porter, and La Porte counties. The link will also be available on parks’ websites around Northwest Indiana.

“It’s fine-tuned to serve your individual preferences,” said Jim Basala from Lake County Parks, “if you want to spend the weekend exploring light displays or visiting Santa in various parks, you can easily find them."