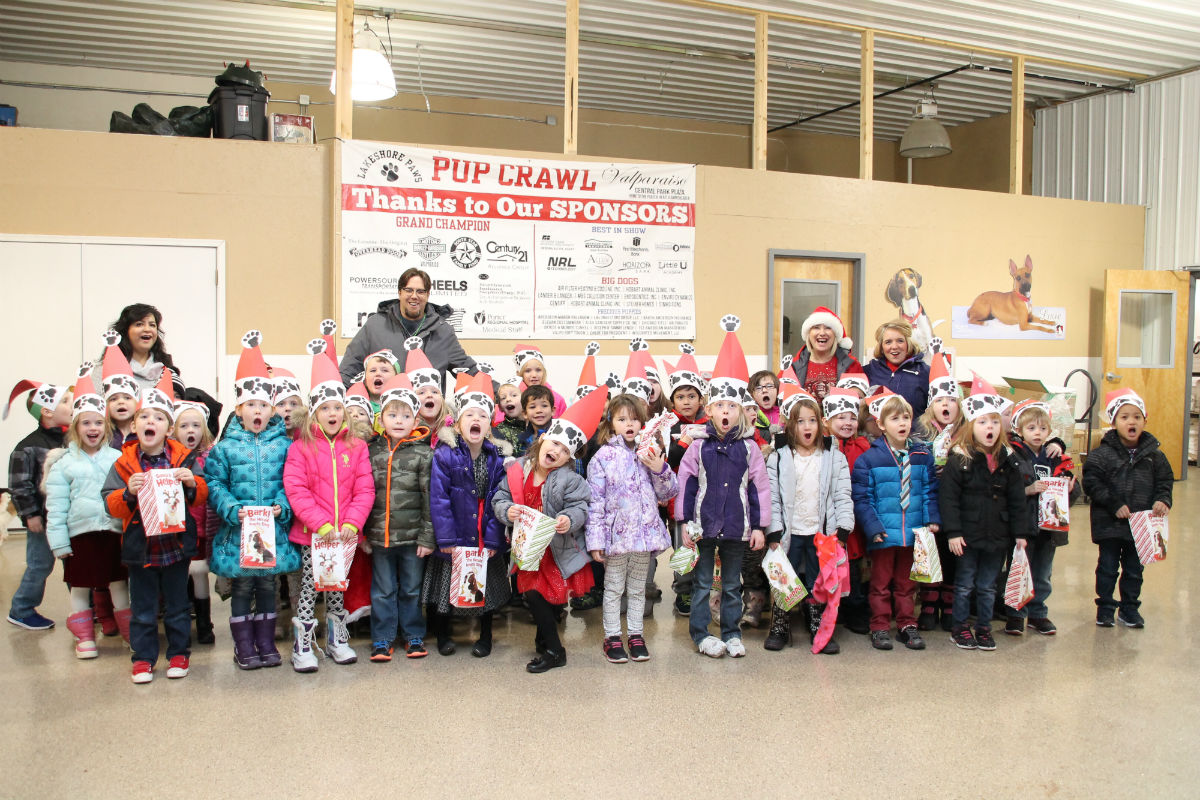 No one should be alone for Christmas and that includes the furry residents of Lakeshore PAWS. A singing pack of kindergartners is on a mission to make sure that does not happen. 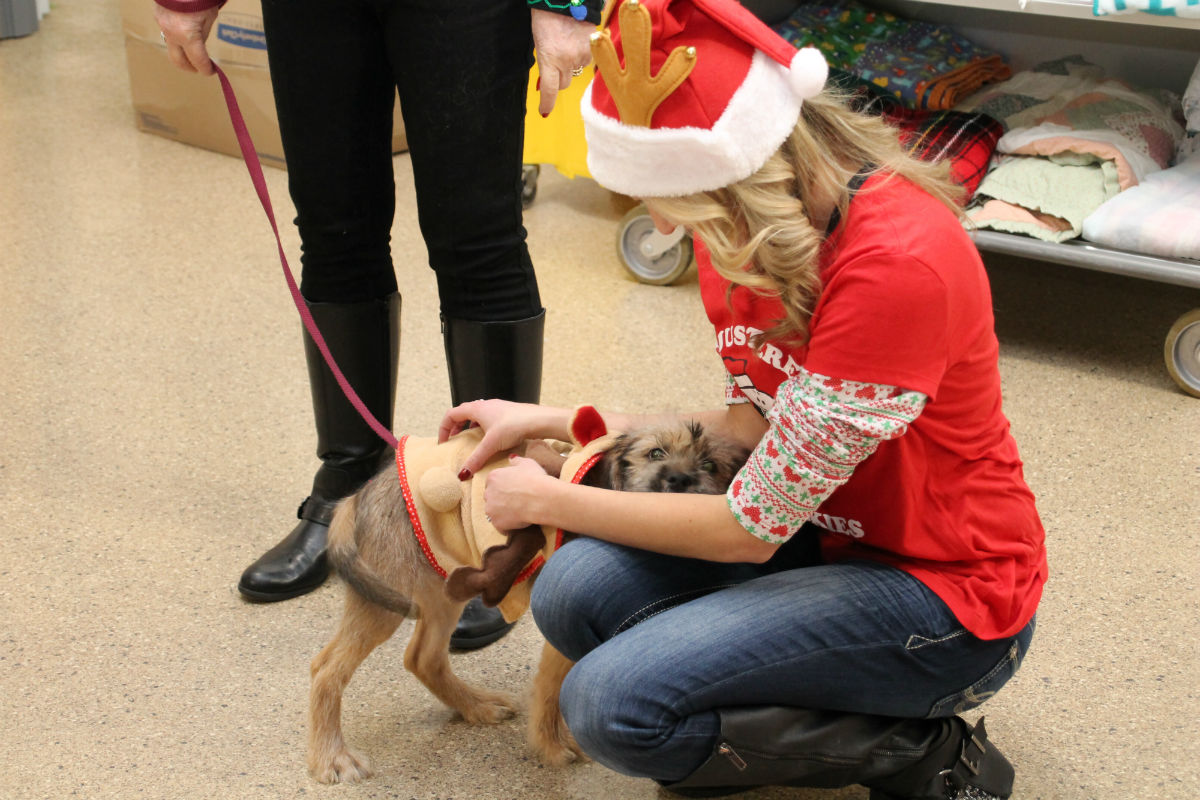 The Valparaiso rescue shelter opened its doors early on December 19th for a busload of volunteers. Students from Parkview Elementary came bearing gifts for the dogs and a playlist of Christmas Carols to sing. 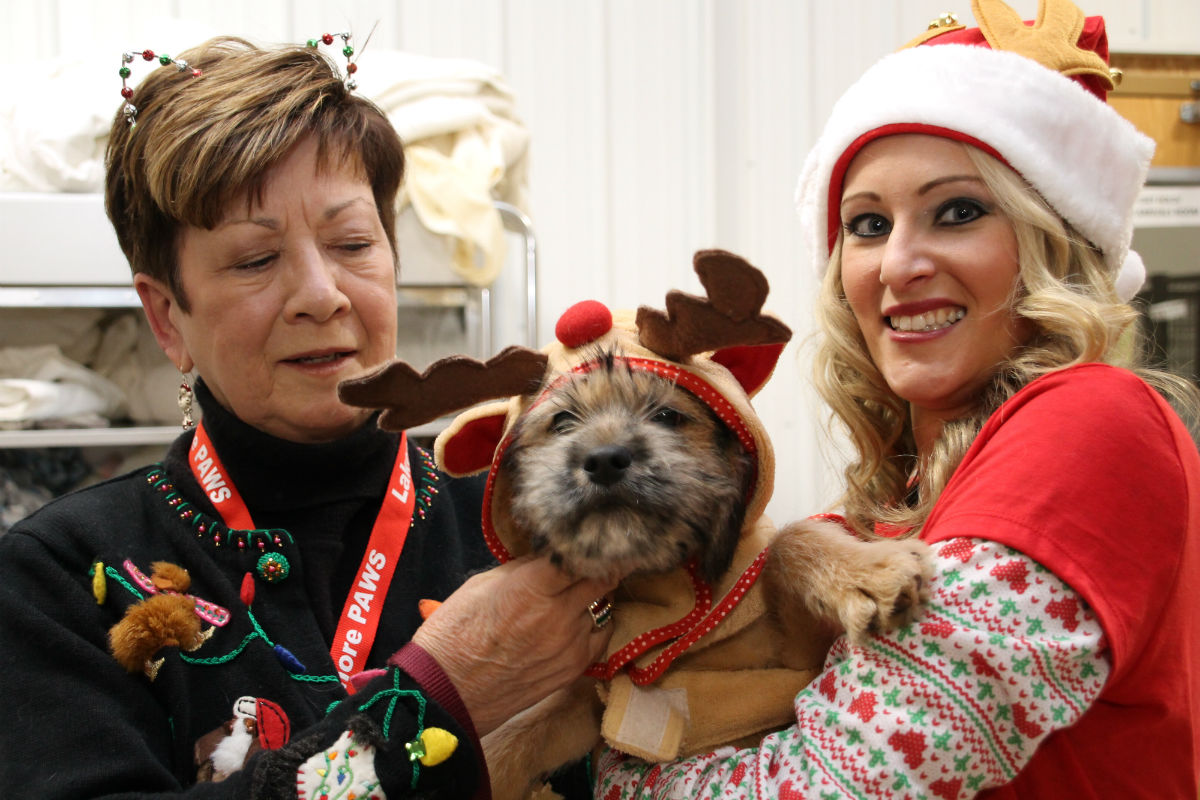 We sang Rudolph the Red-Nosed Reindeer,” said 5 year old Marie Donley, “And Jingle Bells, and Up on the Housetop. It’s fun. We help others and respect people, and we get to pet the dogs.” 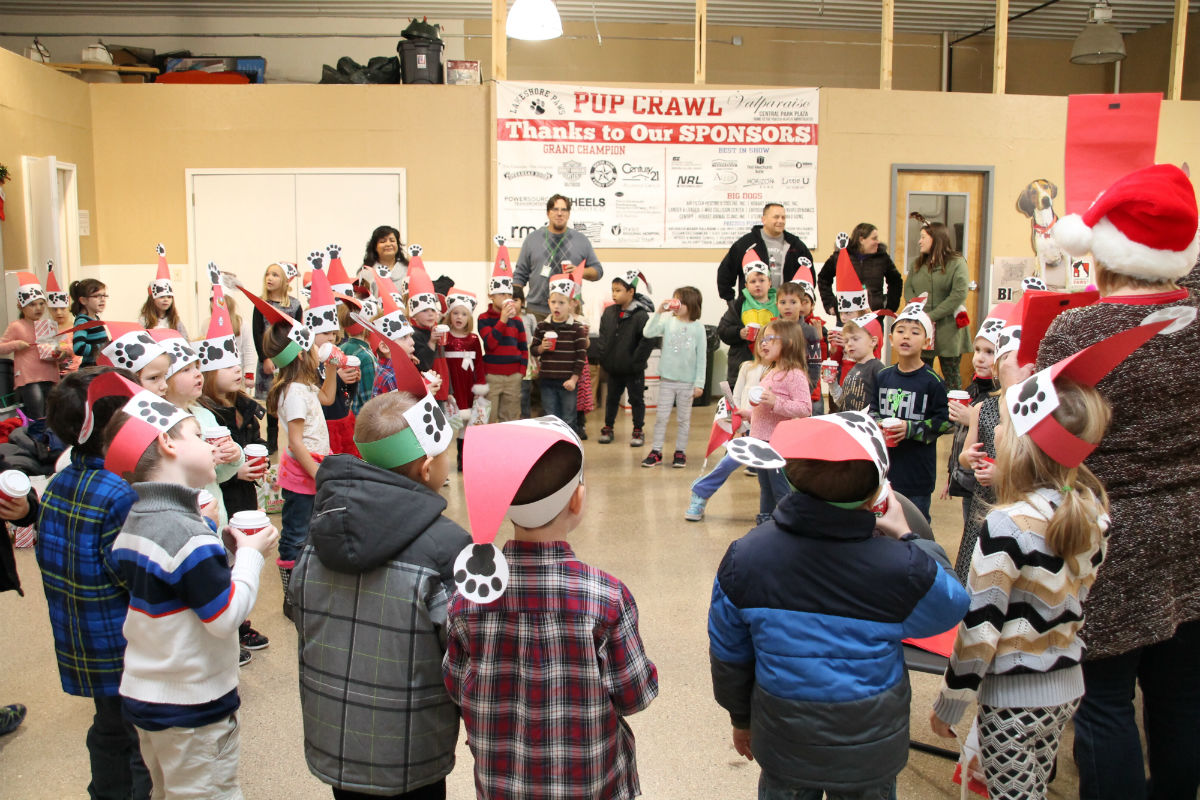 The annual field trip is part of teacher Donna Battista’s service learning curriculum. She has been bringing her students to shelters for almost 20 years, the last three to Lakeshore PAWS. 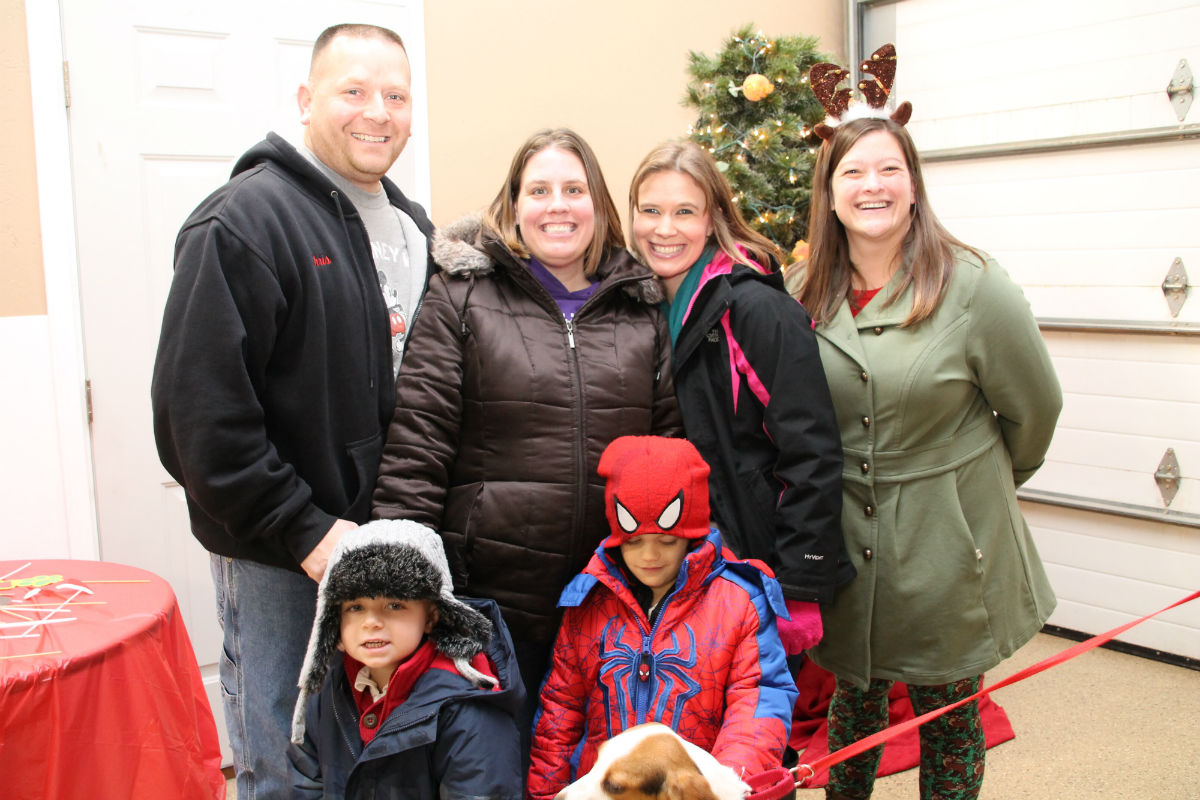 “It’s teaching them how to be a great citizen to a community bigger than the classroom,” she said. “Citizenship should start at an early age. It’s an easy relationship, because it’s animals, and it’s helping them understand why we learn the things we do.”

The kids collected money for Lakeshore PAWS in October, through their Trick or Treat fundraiser. In December, they spent some of it on dog toys and treats instead of buying things for each other. Each gift was wrapped and placed under the PAWS Christmas Tree. The rest of the funds went directly to the shelter.

“They are so awesome,” said PAWS President and Co-Founder Jeanne Sommers. “Any kind of attention is good for the dogs. It’s good for both of them actually, it’s exposure for the dogs and a learning experience for the kids.”

Cassidy Stewart, Office Administrator, and Event Coordinator, agreed. “The kids are so young but have such a good understanding of charity. It teaches them about donating but it also means the world to the dogs, to have that interaction with the kids. The fact that you have these little kids take it upon themselves to give to the dogs restores your faith in humanity.”

It is also great community outreach. Lakeshore PAWS is at capacity this holiday season and in desperate need for families to adopt or foster dogs.