Patrick Lyp has been named General Counsel and Economic Development Director for the City of Valparaiso, announced Mayor Jon Costas. Lyp will provide legal oversight for the city and work to recruit, maintain, and expand businesses and jobs in the Valparaiso area.

“We’re so pleased to have Patrick’s expertise and enthusiasm on the leadership team for Valparaiso. He is an exceptional leader who will use his proven skills and valuable experience to help build our economy and create jobs,’’ said Mayor Jon Costas. 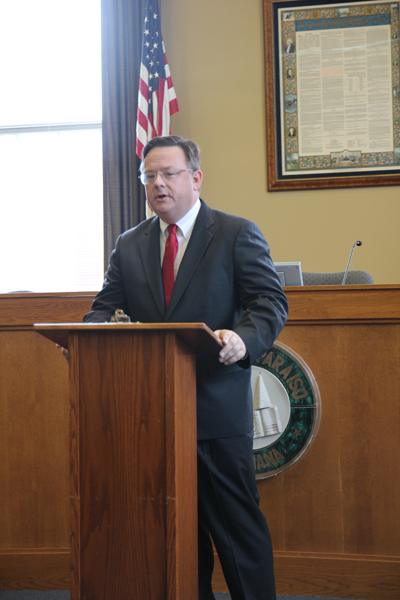 Lyp has been an attorney with the law firm on Blachly, Tabor, Bozik & Hartman since 1997, and became a partner in 2003. He has specialized in municipal work, as well as business and bankruptcy cases. He has been a frequent speaker on the subject of ethics and is a recipient of the Friends of the Mental Health Association award. He has also served as an adjunct professor at Valparaiso University.

Lyp is a graduate of The Catholic University of America with a BA in philosophy and earned his law degree from Seton Hall University School of Law. He serves on the Board of Directors for Pines Village Retirement Village.

Lyp and wide Jody live in Valparaiso and have three children. Through the years, Lyp has helped to coach both soccer and baseball teams. He is active with Saint Paul Catholic Church in Valparaiso. The Lyp family is also very involved in running, often competing in local races together.