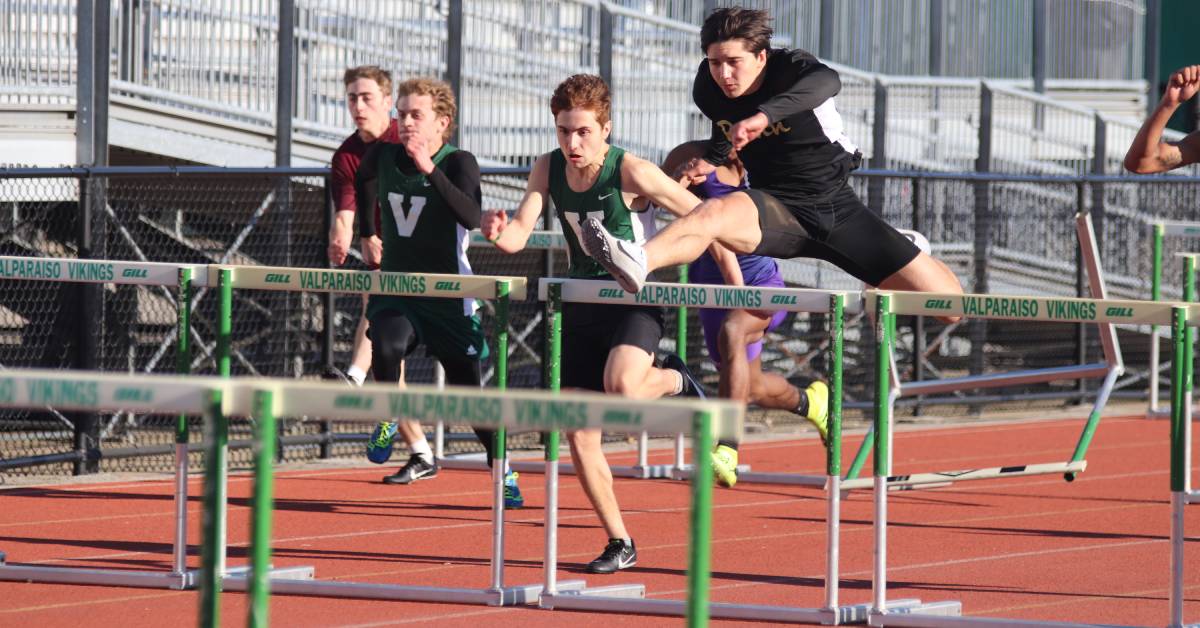 Penn earned the victory with a well-rounded effort from their entire team, but athletes from every participating school offered stand-out performances. Chesterton’s 800-meter relay was among them as they comfortably took a win in the first event of the evening with a time of 8:29.39.

“The win is really cool, but it wasn’t just me,” said Jackson Tuck, a sophomore and the second leg of the relay team. “All of my teammates – Matthew Streeter, Ethan Mohoi, and my brother Josh – they all helped a lot too.”

It’s hasn’t been a season without obstacles for Tuck, who, along with most every other sophomore track &field athlete, missed out on what would have been their debut season last year. Tuck went down with a hip injury early in the season, which he worked his way back from only to come down with COVID-19 shortly after.

“This is my first meet back,” Tuck said. “I’m pretty happy to be back. We came into this season with high hopes and we’re achieving them slowly but surely.”

Brendan Rogers, a Merrillville senior, also had a great night – featuring a strong win with a 51.42 time in the 400-meter dash.

“It’s great to win, I feel blessed,” Rogers said. “Losing last season gave us a lot of time to take stuff in and really appreciate the presence we do have and the time we get to spend on the track. It gave us another season to look forward to because we knew we had one more year to leave it all on the track.”

Merrillville’s whole team had a strong night as they finished fifth overall.

“Given the circumstances, I think we’ve all responded pretty well,” Rogers said. “We’ve been working hard, everyone’s trying their best and trusting our coaches.”