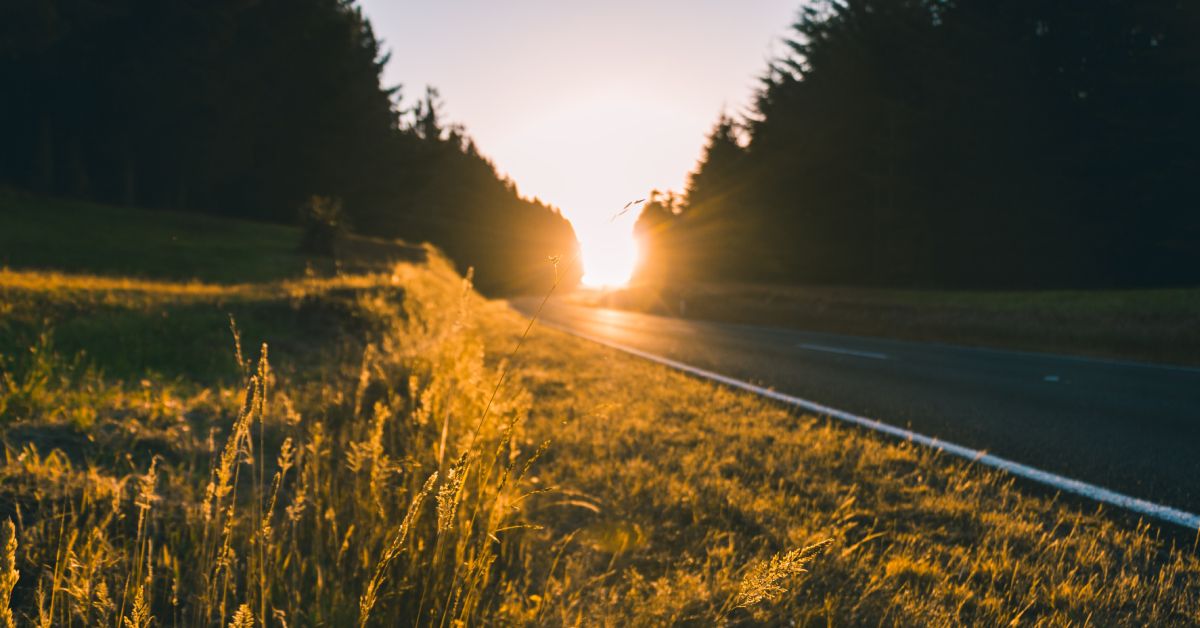 Very recently I had one of those days.

You know those days.

Someone had an immediate and urgent need that picked at the goals of the day.  At the end of the day I made a silly mistake any good IT person would get frustrated by, even though no one would even notice, and all of this combined to me starting my 75+ minute commute home almost two hours later than normal.

Then, on the drive home, traffic stopped and I could see it stretching for miles into the horizon.

It was the sort of day a younger, 30-something me would have gotten into a minor twist about.  Today’s me rolled down the windows, let the breeze in, and I looked out the window to a rolling countryside, clouds, and the sun breaking through the clouds in a tapestry that was just shy of majestic.

The in-the-moment problem wasn’t really a problem.  My wife would get the kids.  The issues at work landed well and helped others.  I made sure I didn’t leave until I knew everyone would be ok.  The day was a win and we were still on course for our future, which is always the goal.

It made me think of days when I struggled with perspective and what it means to stay on target for a leader.

Many years ago, I sat down with my CEO and expressed concerns over a lot of in-the-moment problems.  I outlined why they were problems, things we could do about them (because I always bring a problem with a solution), and I remember his response to that too.

He was quiet and said something to himself like “interesting,” and then, after more than a beat or two, he addressed my issues but not the way I thought he would.

I remember telling him how I did think ahead that way but doubled down on the urgency of the issues, and I’ve got to tell you, these years later, those issues were so important I have no idea what they were.

That tells me a lot about where my head was when I was younger.

Today, my head is truly where he coached me to be.  I spend the bulk of my time moving people and resources to the things that will get us to our long-term destination, but the daily, urgent stuff I honestly don’t give the level of credence I used to.  That’s not to say I don’t do anything about it.  I most assuredly get involved when I need to, but I trust the people around me to handle today while I make sure we’re on course for tomorrow.

That’s what I was missing in what he was trying to tell me years ago, when you are a leader, part of effective leadership is letting go of some issues to the people you trust to solve them.

It took me years to get what he was teaching me, and like many lessons I got from my past leaders, it’s made me better.

Maybe it helps you too.