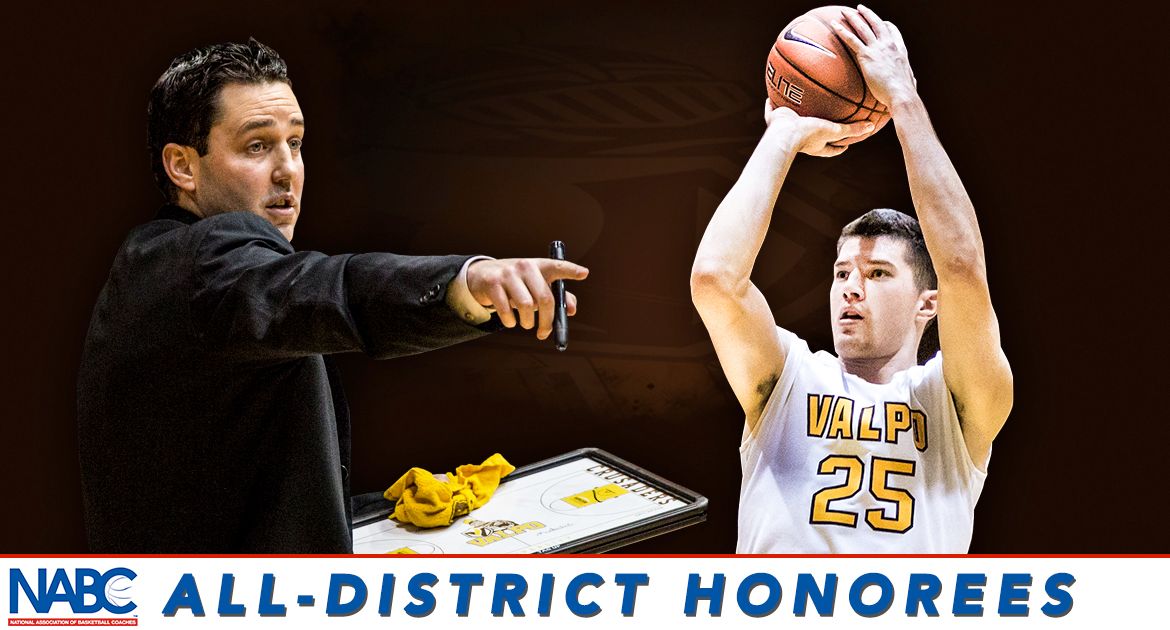 Valparaiso University men’s basketball head coach Bryce Drew has been named the National Association of Basketball Coaches (NABC) 2016 Division I District 12 Coach of the Year in a vote of his peers, as announced by the NABC on Friday. It marks the second consecutive year Drew has been named NABC District Coach of the Year. In addition, junior Alec Peters (Washington, Ill./Washington) was named a First Team All-District 12 honoree for the second straight season – Valpo’s seventh All-District honoree in the last five years.

Drew earned District Coach of the Year honors for the second straight year for his work this year leading the Crusaders to a school-record 29 victories. Drew, who was named Horizon League Coach of the Year for the third time in his five seasons, guided Valpo to its fourth league regular season crown in the last five years and an impressive RPI of 19 in the non-league slate, highlighted by a win at Oregon State. Over the past couple weeks, he has led the Crusaders to a trio of double-digit victories in the NIT as Valpo has advanced to Madison Square Garden for the semifinals of the NIT for the first time in program history.

Meanwhile, Peters is in the midst of his best season as a Crusader. The junior – who also repeated as a First Team All-Horizon League selection and also earned All-District honors from the USBWA – leads the Crusaders, averaging 18.5 points and 8.4 rebounds per game on 51.1% shooting from the field and 44.8% shooting from 3-point range this year. He ranks third in a single season in program history in scoring with 649 points this year, just 13 points out of second position, and sixth in a single season in rebounding with 294 rebounds. Peters also has already moved into fifth place in program history on the career scoring chart and into ninth on the career rebounding chart.