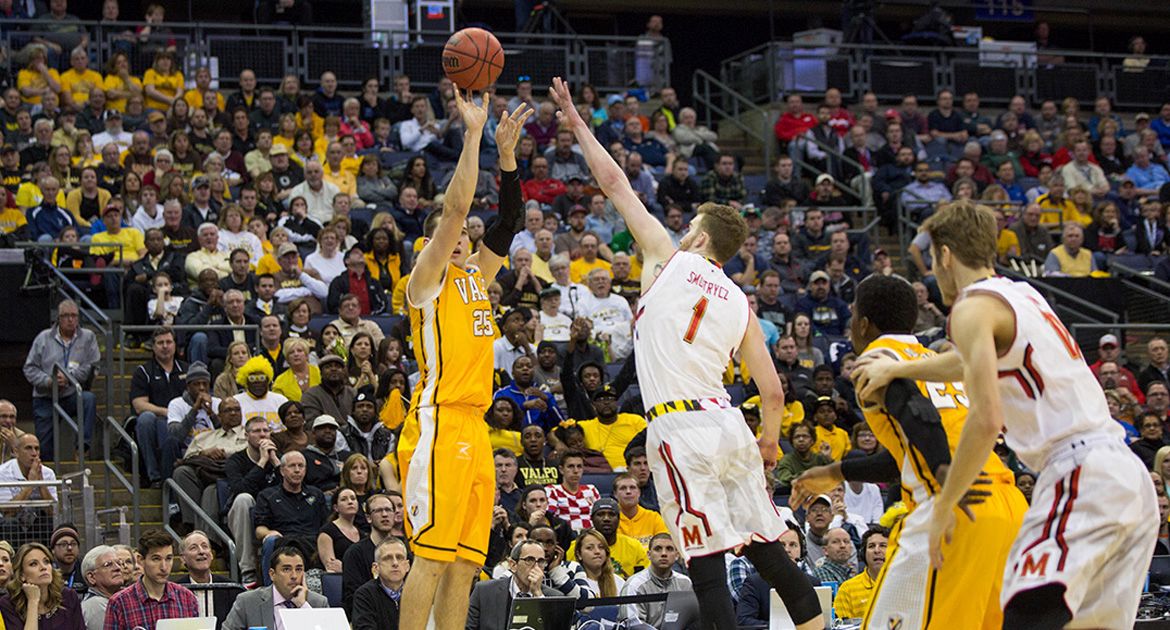 A season highlighted by a Horizon League Championship and a program-record 28 wins came to an end Friday night at Nationwide Arena in Columbus, Ohio. Valpo went toe-to-toe with Maryland, the 12th-ranked team in the nation, before falling 65-62 in front of 18,417 fans in the Second Round of the 2015 NCAA Tournament.

Alec Peters (Washington, Ill./Washington) poured in a game-high 18 points as he became the first sophomore in program history to reach the 1,000-point milestone. Peters shot 6-of-13 from the field, including a 4-for-7 mark from beyond the arc. Freshman Tevonn Walker (Montreal, Quebec, Canada/Vanier College) chipped in 14 points (3-4 3-pointers) in a gutsy return from a knee injury sustained in the semifinals of the Horizon League Championship.

The tilt was truly a game of runs.

The Terrapins raced out to a 11-2 lead while the Crusaders drew iron on eight of their first nine field goal attempts. Valpo responded with a 19-4 run to seize a 21-15 advantage. Both Peters and Darien Walker (Chicago, Ill./Simeon [John A. Logan/Arizona Western]) nailed back-to-back treys during the Crusader surge.

It was Maryland's turn to answer, and the Terps did so resoundingly behind a pair of freshmen.

The Crusaders did a remarkable job keeping Big Ten All-Freshman Team member Melo Trimble at bay for the first 15 minutes of the contest. Trimble was eventually able to penetrate into the lane and make plays. At one point, he scored five straight points for Maryland. The Terrapins also received a huge boost from Jared Nickens, who provided 14 points on 4-of-7 shooting from the perimeter in 21 minutes off the bench.

Trailing 31-24 on the final possession of the opening half, the Crusaders turned to Peters. He didn't disappoint. Peters splashed a three-pointer from the right wing on a nice setup by Keith Carter (Maywood, Ill./Proviso East [Saint Louis]) with three seconds left on the clock.

The two teams traded basket-for-basket for the first three minutes of the second stanza. On a couple different occasions, Maryland would appear on its way to establishing a comfortable margin. But each time, the Crusaders would get a huge score.

Down 41-34 with just under 15 minutes to play, E. Victor Nickerson (Atlanta, Ga./Norcross [Charlotte]) stepped up and sank a three to trim the margin to four before Tevonn Walker cut it to one point two possessions later. Freshman David Skara (Zadar, Croatia/Ekonomska Skola Zadar) notched an assist on both triples.

Jubril Adekoya (Tinley Park, Ill./Andrew) tied the game at 41-41 after going 1-for-2 from the line following a Trimble foul in the paint.

The Terrapins countered with a short 8-2 run, but again, Valpo landed a pair of three-pointers to knot it up at 49-49.

With both teams in the double bonus for the final five-and-a-half minutes, Maryland scored the majority of its game-closing points at the charity stripe.

Carter picked the perfect time to register his only trey of the evening as his attempt from downtown with 4:09 to play sliced the deficit in half. Vashil Fernandez (Kingston, Jamaica/Princeton Day [Md.] Academy) put Valpo to within one point on a beautiful feed from Carter.

After a pair of made foul shots from Trimble, Fernandez again nudged the Crusaders to within a point by virtue of a layup.

Maryland held a 62-61 lead with under two minutes remaining on the clock. The Terrapins corralled just their fourth offensive rebound of the game on a Layman misfire from three-point range. Dez Wells squeezed the orange and converted a three-point play with 1:44 to play.

Tevonn Walker converted one of two free-throws on a trip down the court after a defensive stand on the other end.

The Terps were unable to record an insurance score on their final offensive possession and a Fernandez defensive rebound gave Valpo a chance to tie the game. The Crusaders took their final timeout with 13 seconds left.

The Brown and Gold were unable to get Peters the ball on the ultimate possession, and with the clock nearing zeroes, Carter dribbled it into the left corner. The junior went up for the final shot, but Maryland's Varun Ram slapped the ball - and Carter's wrist - away, restricting Valparaiso from a last-second attempt.

The Crusaders (28-6) lower the curtain on a banner season, one which climaxed in the team's second trip to the NCAA Tournament in the last three seasons.

Fernandez departs Valparaiso with 170 blocks, the second-most ever by a Crusader. The 2014-15 Horizon League Defensive Player of the Year finished Friday's game with six points and six boards.

The loss also represents the conclusion of David Chadwick (Charlotte, N.C./Hargrave Military Academy [Rice])'s tenure with the Brown and Gold. The fifth-year senior endured bothersome knee ailments to shoot 45.8% from the field this season. 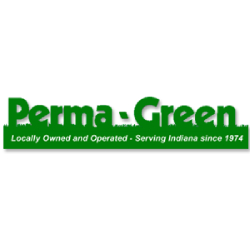