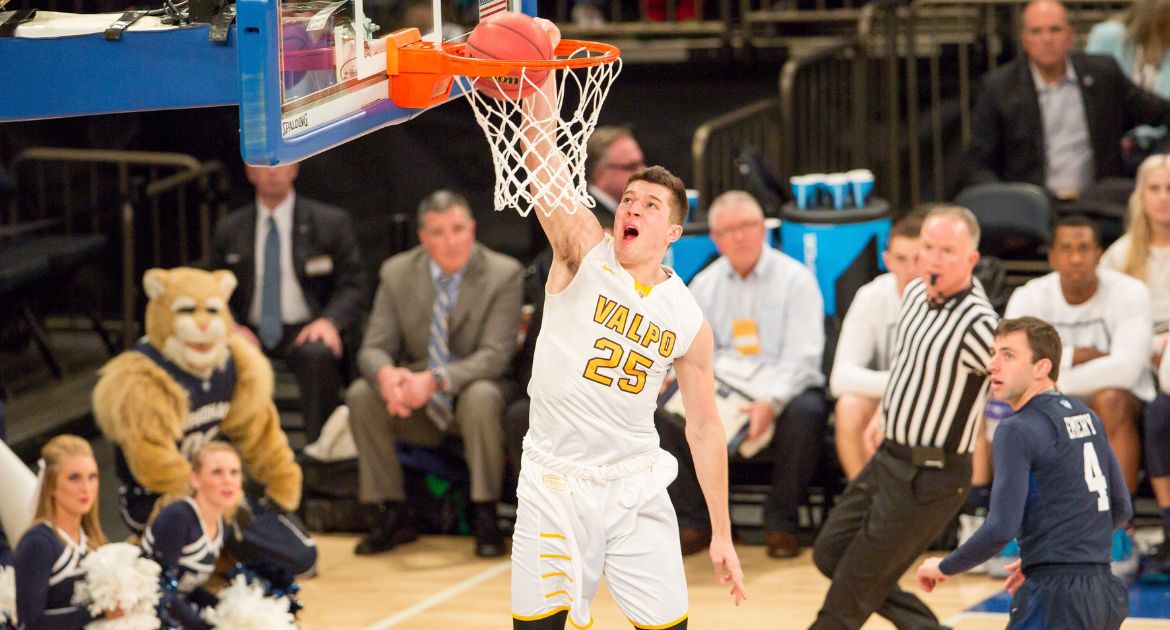 Valparaiso University forward Alec Peters (Washington, Ill./Washington) announced today that he submitted the paperwork prior to Wednesday night’s deadline to withdraw from the 2016 NBA Draft, choosing to use his fourth season of collegiate eligibility rather than remain in the draft as an early entrant.

Peters earned a myriad of honors during his junior season at Valparaiso, as he was named an AP Honorable Mention All-American, a USBWA All-District V honoree, an NABC All-District 12 selection and a First Team All-Horizon League choice in leading Valpo to the championship game of the NIT. Peters scored the second-most points in a single season in Valpo program history, finishing the year with 679 points scored, and also ranks fifth on the Crusaders’ single-season rebounding chart with 313 rebounds.

For the season, Peters averaged 18.4 points and 8.5 rebounds per game on 50.5% shooting from the floor, while also shooting at a 44% clip from 3-point range. One of the nation’s most efficient players, Peters ranked fourth in the nation (>20% possessions used) in Ken Pomeroy’s Offensive Rating metric – the second consecutive season he has ranked in the top-10 nationally in the category.