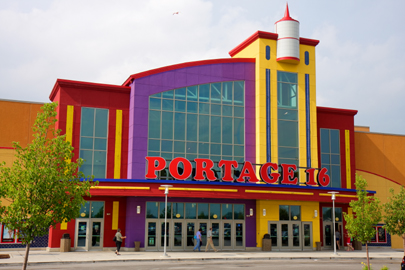 The movie Pilot Error, a timely new feature film inspired by the true story of Air France 447 that went missing in the Atlantic, will show at Goodrich Quality Theaters on December 8, 9 and 11, 2014 at 4:30pm and 7:00pm. Pilots, flight instructors, retired pilots or retired flight instructors will get free admission to see Pilot Error with valid Pilot ID and/or license proof.

In Pilot Error investigative reporter Nicola Wilson (Thomsen) is determined to find out why a jet headed from South America to Paris disappeared in the Atlantic, taking her close friend and 211 other passengers with it. How, she wants to know, can a plane just disappear? As Nicola digs deeper and deeper into this mystery, she puts her job, friends and very livelihood on the line. Even though she knows nothing about aviation, refuses to fly, and doesn't speak French, Nicola quickly uncovers astonishing details about the missing flight. Was it preventable? Has it happened before? Could it happen again? And was it PILOT ERROR?

Opening across the Midwest at more than 40 locations in November and December, Director Joe Anderson, based in Grand Rapids, co-wrote the screenplay with Muskegon based producer Roger Rapoport. The film will expand to more than 200 locations in 2015.

Pilot Error follows up on the success of Rapoport’s award winning made in Michigan film Waterwalk, which has played at over 200 theaters nationwide. “Our goal is to encourage more hands-on training and simulator training at a time when the industry is increasingly focused on automation,” he explains.

Pilot Error is edited by Gene Gamache, who has won many awards for his work on major studio film trailers and marketing campaigns ranging from Forrest Gump to 12 Years A Slave. He produced the documentary Houdini. Most recently he worked on the campaign for the new hit film Birdman.

The film’s score is composed by Emmy Award-winner, Garth Neustadter. Darling was joined behind the camera with Bruce Schermer, who shot most of Roger & Me and was director of photography on Sundance Grand Prize Winner Chameleon Street.

Based on five years of research and interviews with more than 100 pilots, the script and Rapoport’s forthcoming novel Pilot Error offer audiences an inside look at the fate of pilots unfortunately kept in the dark about failed automation.

“Top airline training pilots speaking at our preview events have been warmly received by audiences trying to understand how, in the most interconnected moment in human history, it’s never been easier to hide the truth,” says Rapoport.

Tickets to Pilot Error are now on sale at www.GoodrichQualityTheaters.com or can be purchased at the box office at Portage 16 IMAX at 6550 American Way, Portage, IN The movie shows on Dec. 8, Dec. 9 and Dec 11 at 4:30pm and 7:00pm.

More information is at www.pilot-errormovie.com/showtimes and on Facebook at PilotErrorTheMovie.