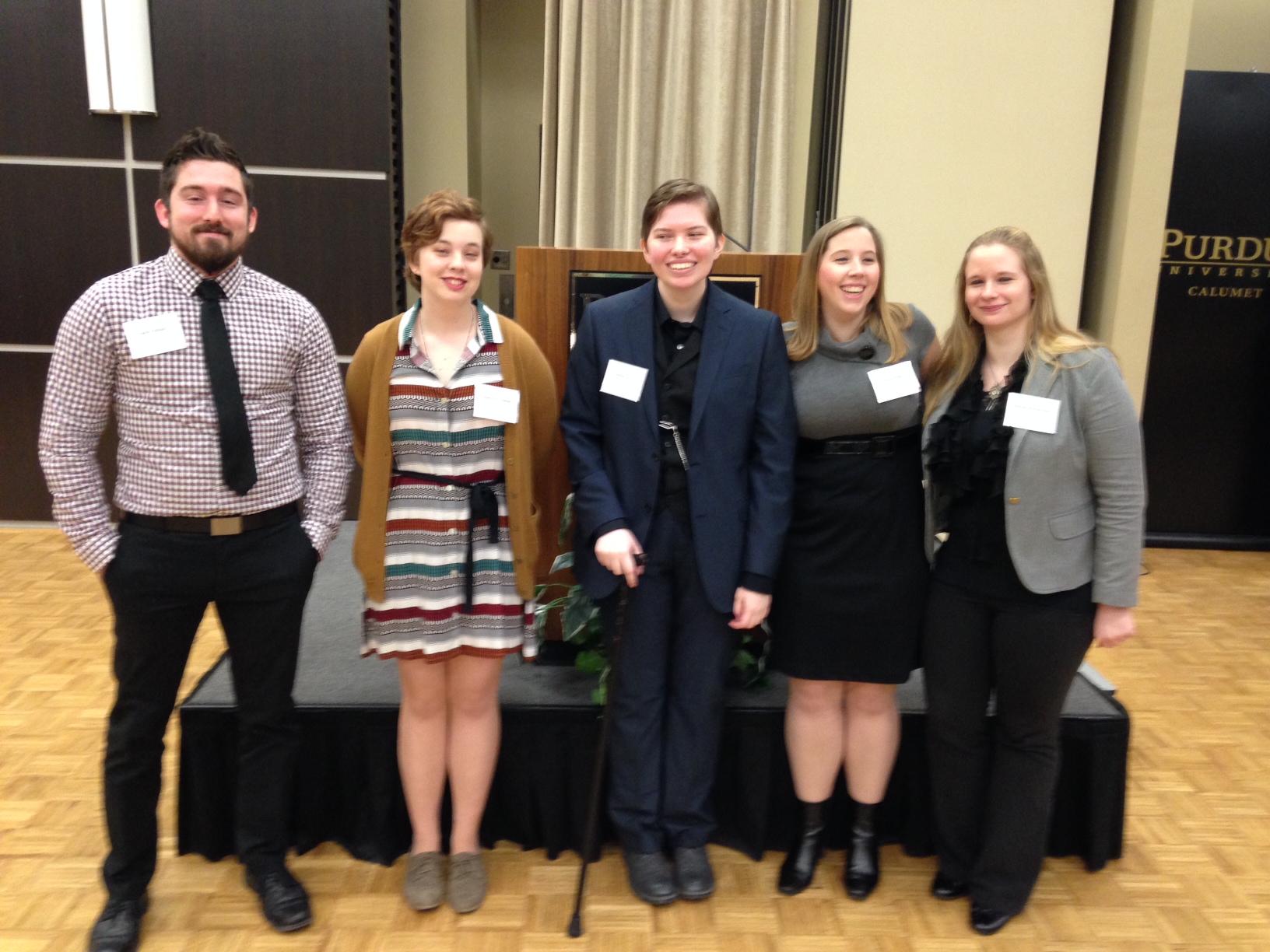 Meagan West, a social work major, presented her research on how to help social workers provide resources for transgender youth. Meagan's project grew out of her work with Dr. Carla Pfeffer, assistant professor of Sociology, in an honors version of the class, Sociology of Sex and Sexualities.

Ashley Pezan, a behavioral science major who is also pursuing a minor in English literature, presented a paper that used Rene Girard's theory of triangular desire and Foucault's concept of biopower to analyze several eighteenth- and nineteenth-century British novels.

Aaron Ratigan, an English major, articulated his theory of the anti-bildungsroman as a structuring concept of Oscar Wilde's The Picture of Dorian Gray and Daniel Defoe's Robinson Crusoe.

Alexis Ulrich, an English major, presented her research on Irish nationalism in Arthur Conan Doyle's novel "The Valley of Fear." Her work on Doyle will also be highlighted as a research snapshot in a forthcoming edition of the Purdue Journal of Undergraduate Research.

Further information about the program may be obtained at visit www.pnc.edu/honors or email honorsprogram@pnc.edu.