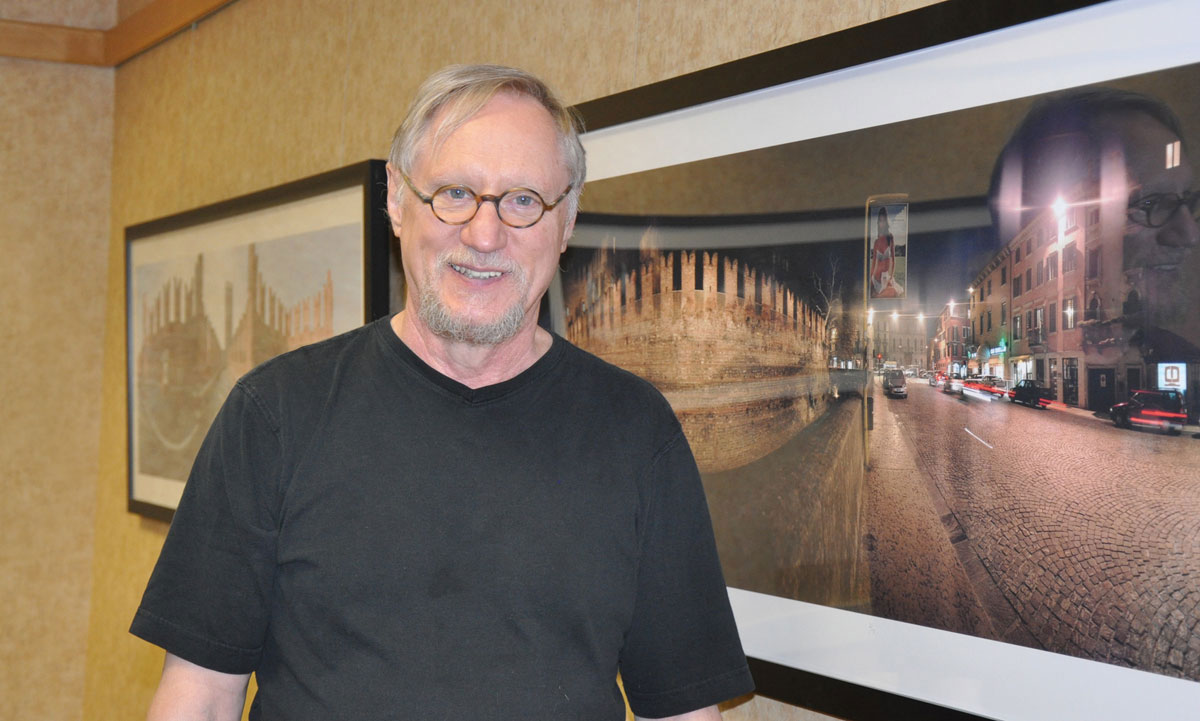 The Purdue University North Central Odyssey Arts and Cultural Events Series will feature an exhibit of immersive photographs by Joel DeGrand titled, "Italy: new/perspectives." The exhibit runs from Aug. 11 through Dec. 13 in the PNC Library-Student-Faculty Building, Room 02 in the building's lower level. It is free and is open to the public and may be viewed by appointment only.

DeGrand explained that he started making immersive photographs in 1995 when he was asked by a budding dot com company to travel to Asia and make interactive panoramic photographs of whatever he thought was interesting subject matter. "It was a photographer's dream," he said.

Two years later the company went out of business, but he continued to make 360-degree panoramic photographs. Immersive photographs give the viewer a feeling of standing in one spot and turning around 360 degrees.

"I am challenged by this new way of seeing recognizable subject matter," he admits. "In essence it forced me to consider a more subjective and less objective approach to photography. I was entering into unknown visual territory and I began to search for what I ultimately called closure."

DeGrand described his definition of closure, "In the language of photography, there is a tendency to want to visualize, understand and comprehend the entire subject, even when one can only see a portion of it, the subject is skewed and out of proportion, or it doesn't fit into a preconceived idea of what it should look like. I realized everything I saw and everything I was able to comprehend, was based in part, on my past visual experiences. I realized there was a measure of visual prejudice involved. In a final attempt to reconcile the idea, I took a subjective stand rather than an objective view. I 'caved' in to the beauty of just 'feeling' the ability to accept what was in front of me and not try to change it. Doing this I managed to close the door between objective and subjective and was able to perceive and understand the photographs for what they are and not what I wanted them to be."

DeGrand holds an MFA in photography from the University of Oregon and a BS in Art Education from Indiana University of Pennsylvania. He has been a photographer since his early childhood and has taught art and photography since 1968. He has participated in numerous one-person, group exhibitions and workshops in the U.S. and abroad. His work is featured in museums, corporations, private collections and publications. He has published 16 books of his photography and won many awards for his work, including a National Endowment for the Arts grant.

To schedule an appointment to view this exhibit or to obtain further information, contact Judy Jacobi, PNC assistant vice chancellor of Marketing and Campus Relations, at 219-785-5200, ext. 5593. Persons with disabilities requiring accommodations should contact Jacobi.