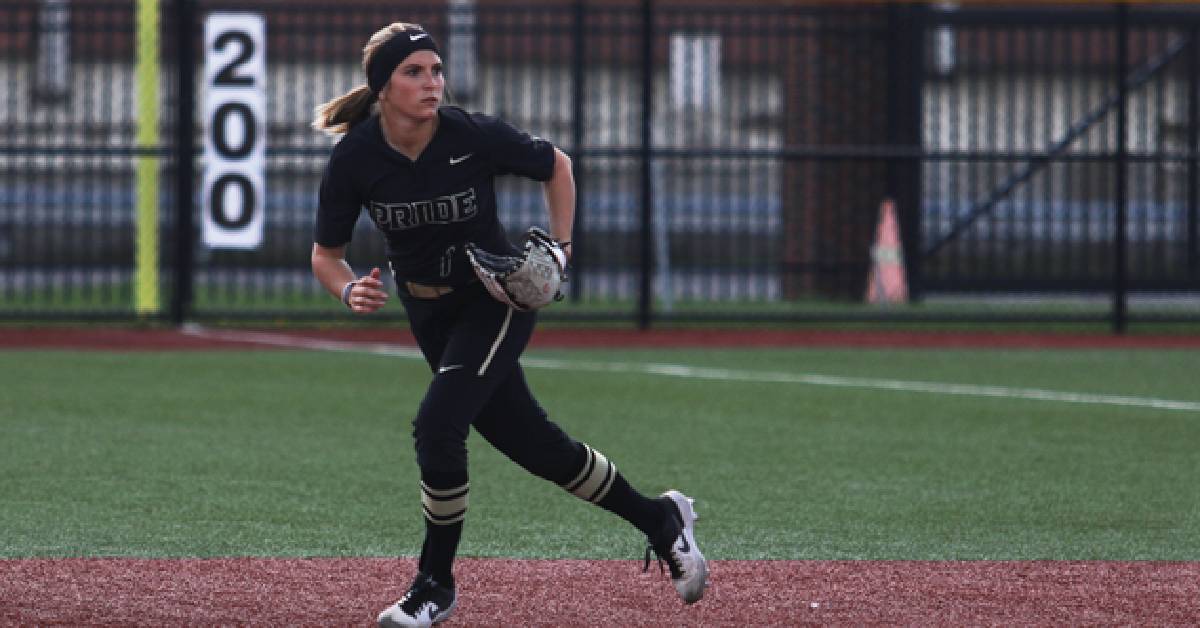 Purdue Northwest advanced in the GLIAC Tournament Wednesday with a 3-2 upset win over fourth-seeded Saginaw Valley State, who is ranked fourth in the NCAA Division II Midwest Region. The Pride improved to 2-1 in the double-elimination event, winning two games and advancing to a fourth game for the first time ever.

The sixth-seeded Pride (16-25) will take on the No. 5 seed Wayne State in another elimination game on Wednesday afternoon. SVSU (29-17) will wait to see if it receives an at-large bid to the NCAA Division II regionals.

The winner of PNW's next game will play a third contest on Wednesday against the loser of top-seeded Grand Valley State and the second seed Northwood for a chance to play in Thursday's championship. First pitch between the Pride and Warriors, who split a doubleheader last Saturday, is slated for 2 p.m. EDT.

A sixth-inning, bases-clearing triple from Kara Aloisio proved to be the difference in PNW's second upset of the tournament.

The Pride loaded the bases with no outs and SVSU's Emily Depew nearly got out of the jam, but Aloisio won a long battle. Briana Poehler started the rally with a leadoff single and then two runners reached on a throwing error and hit by pitch. After working a full count and fouling off several pitches, Aloisio drove the ball near the left-field corner and it fell when the SVSU outfielder lost it in the sun. Aloisio had laced a foul ball down the line earlier in the at-bat which came within inches of a bases-clearing double. Half of her hits this season have gone for extra bases as she logged her second triple.

That gave PNW a 3-1 lead and senior Courtney Blackwell came on to close the door with her third career save. The Cardinals manufactured a second run in the bottom of the sixth after a bunt single and RBI groundout. Starter Maddison Roop combined with Abbie May and Blackwell to limit the Cards to just four hits and two of which came in the first inning.

After the Pride had nothing to show for back-to-back leadoff singles to start the game, the Cardinals' Jackie Popko, a first-team all-conference selection, tripled off the wall in right center. Julia Salisbury singled in the next at-bat to give SVSU the early 1-0 lead in the first inning.

The right-hander Depew, who was also an All-GLIAC First Team honoree, entered the game with a 10-3 record for the Cards. She finished with eight strikeouts and allowed seven hits with all three runs marked unearned.

Poehler, who is hitting .417 in the postseason, led the Pride with a 2-for-4 effort while Aloisio, Taylor Stevens, Jessica DeBoer, Aubrey Shroyer and Ashley Bravo each registered a base hit.