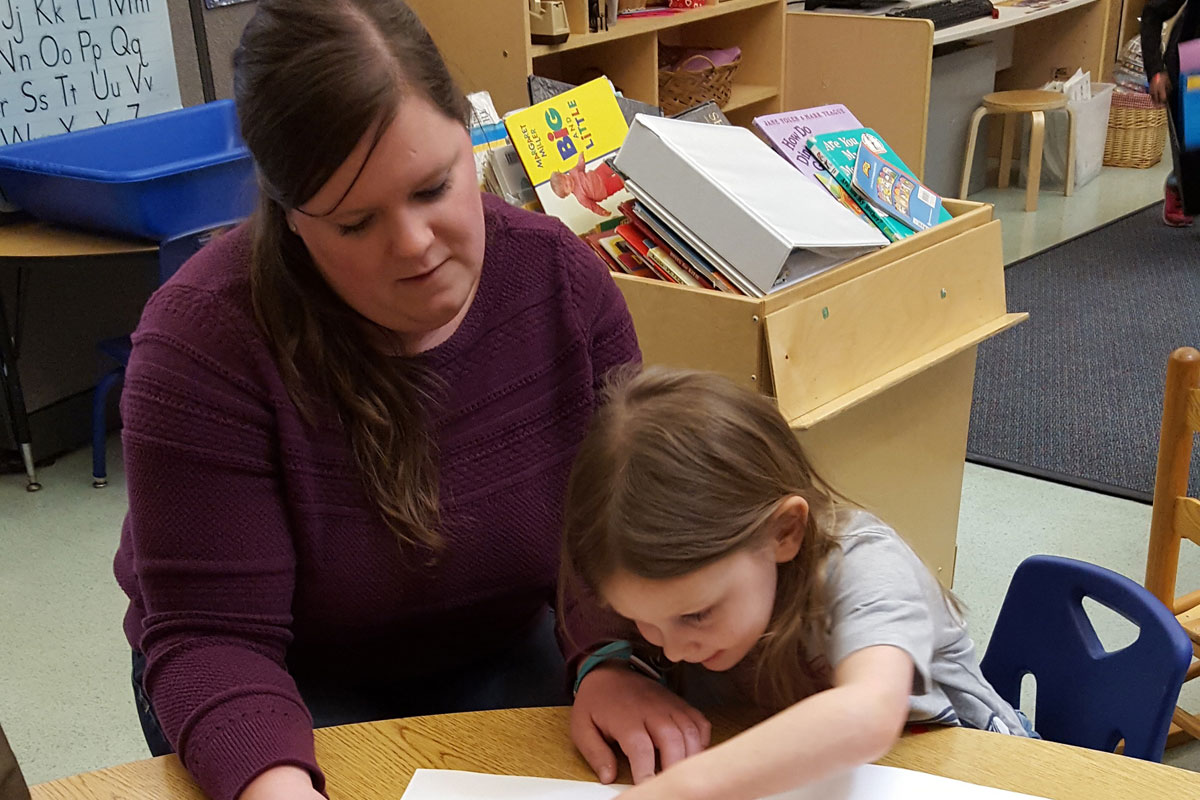 2 learning groups
During the study, the children were divided into two groups: one in which the youngsters learned to count by observing groups of items displayed in books, the other in which the participants handled actual items on a desktop. Petersen engaged each child in six weekly 10-to-15-minute lessons.

“The goal of the study is to examine which approach is better to use during counting instruction,” Petersen, a Michigan City native, said. “I’m interested in environments that facilitate learning, and I’m really interested in observing counting, because it’s the first mathematical learning experience kids have.”

To that point, Petersen’s study examines children’s ability to grasp early principles of cardinality—the number of items in a given mathematical set.

Early findings
She said her findings last fall indicated “the kids who were learning to count by handling objects tended to lose focus and become distracted by the items. The book learners progressed faster as number knowers.”

She is continuing her study during the current spring semester with a different sample testing group of 3-year-olds.

“We are honored that Dr. Petersen and her students have brought their expertise to our classrooms with this study,” Riley Child Center Director Tamra Bottomlee said. “This helps us better understand young children and their learning. Sharing knowledge promotes collaboration, which benefits children, staff and student teachers.”

Studying the learning habits of 3-year-olds is a far cry from Peterson’s earlier career aspiration to become an attorney.

“As part of my undergraduate curriculum I had to conduct a research project,” she said. “I wound up doing my project on the learning concepts of toddlers, and I really got into it. I am so grateful to Tamra and her staff for enabling me to do this research on campus at Riley.”