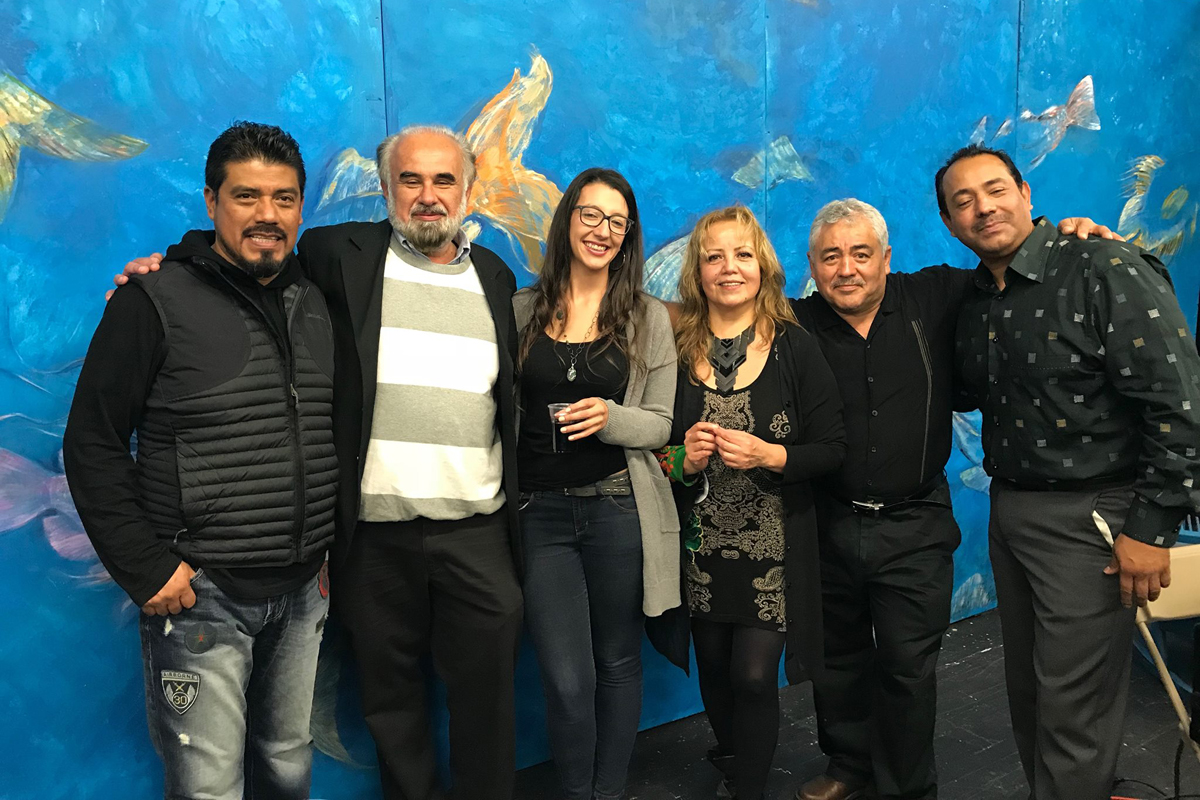 Purdue University Northwest (PNW) Professor of Spanish Jose Castro-Urioste was honored to be received by the Peruvian Consulate General in Chicago at the 25th anniversary performance of his play, “Ceviche in Pittsburgh.”

“Ceviche in Pittsburgh” tells the story of a man’s journey to Pittsburgh to reconnect with his estranged brother who has not returned to his home country of Peru for many years. Their differing life paths and resulting struggles bring back memories and resentments they must deal with as they attempt to reconcile.

The play, directed by Roma Díaz and produced by the theater group "El Tecolote," was performed at the Cervantes Center in Chicago last month, celebrating the 25th year since its premiere. “Ceviche in Pittsburgh” has been performed across the country in cities like Pittsburgh, Los Angeles, and Dallas. A reception, sponsored by the Consulate General of Peru, was hosted prior to this performance to honor Castro-Urioste for his contributions to the field.

Castro-Urioste has received international interest and acclaim for his literary contributions which include plays, articles and books, including “Hechizo, ¿Y tú qué has hecho?” This is the latest of Castro-Urioste’s recent honors. He previously won the PNW Outstanding Faculty Scholarship Award, and placed first in the International Latino Book Award competition.