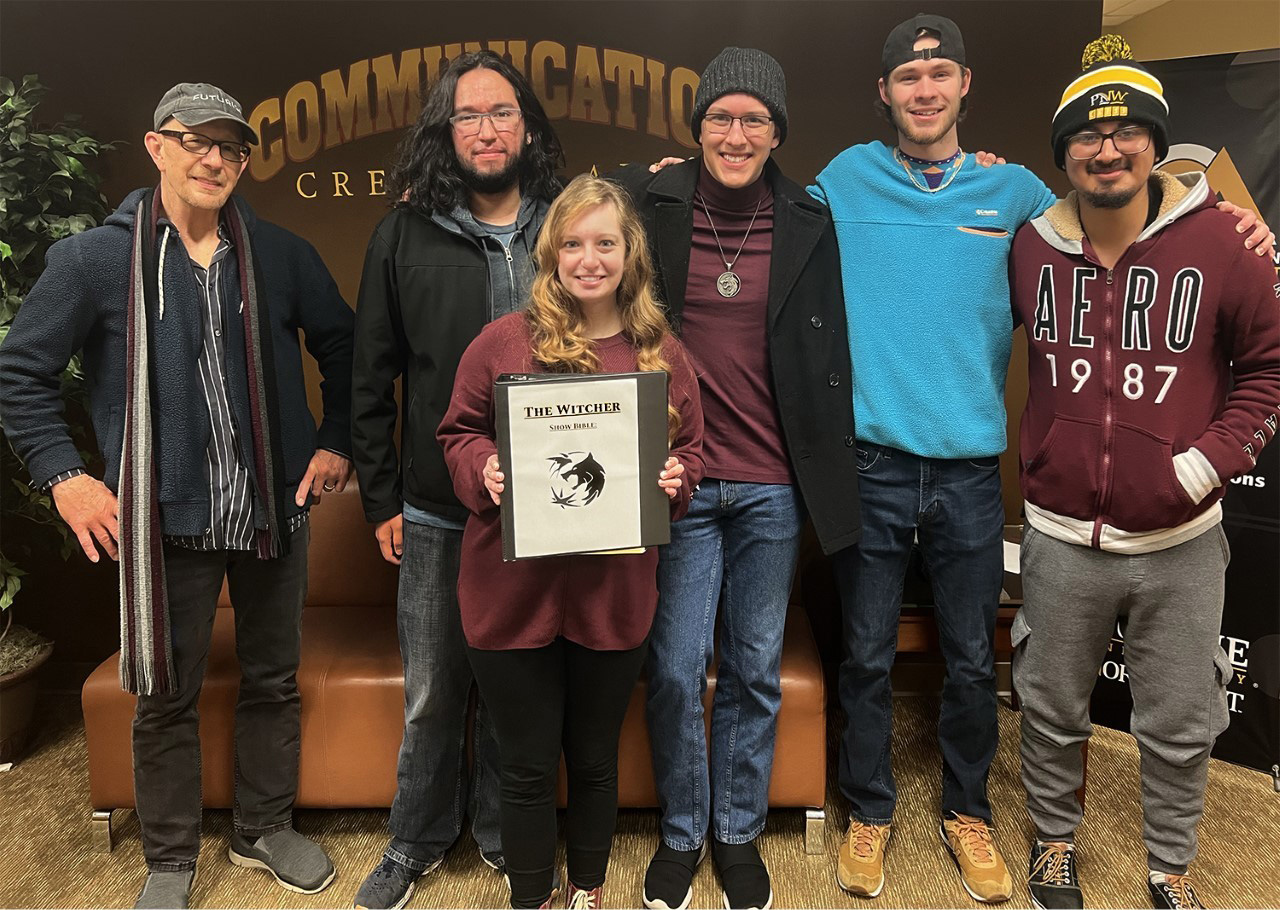 The students won Best of Festival and first-place awards for their script in the student category based on the Netflix television show The Witcher – The Bard’s Ballad.

“These five students are natural storytellers,” he said. “The verbal and visual dialogue was clear and descriptive throughout. When I finished the last sentence, I wanted to know what would happen next, and that’s always a great sign that I’m holding something skillfully crafted: a solid story. I knew then that this was storytelling at a very high level.”